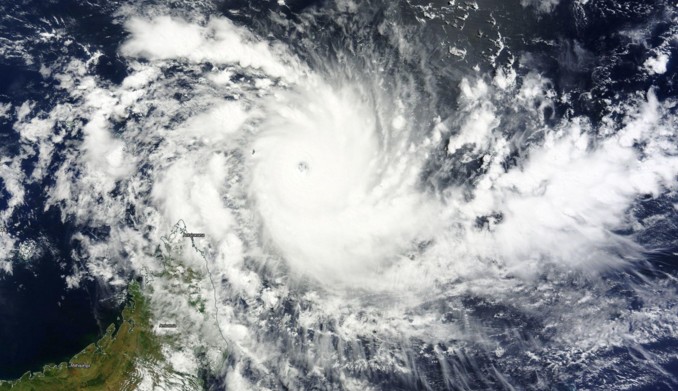 Powerful Tropical Cyclone "Fantala" strengthened to 240 km/h (149.6 mph) on April 17, greater than what was previously forecast. The storm is about to make a U-turn toward the southeast and slowly weaken. Strong wind warnings are in effect for Rodrigues, Mauritius, St Brandon and Agalega.

Fantala is moving under the influence of a deep-layer sub-tropical ridge over Madagascar. This ridge is expected to weaken over the next 24 hours, allowing a building near-equatorial ridge to the north to assume steering. This will cause a sharp poleward turn to a southeastward trajectory.

The system will continue to weaken slowly as moderate vertical wind shear (vws) and the restricted outflow hamper further intensification.

In the extended forecast, JTWC said, an approaching mid-latitude trough will create another strong poleward outflow channel allowing an additional intensification phase prior to vws increasing. 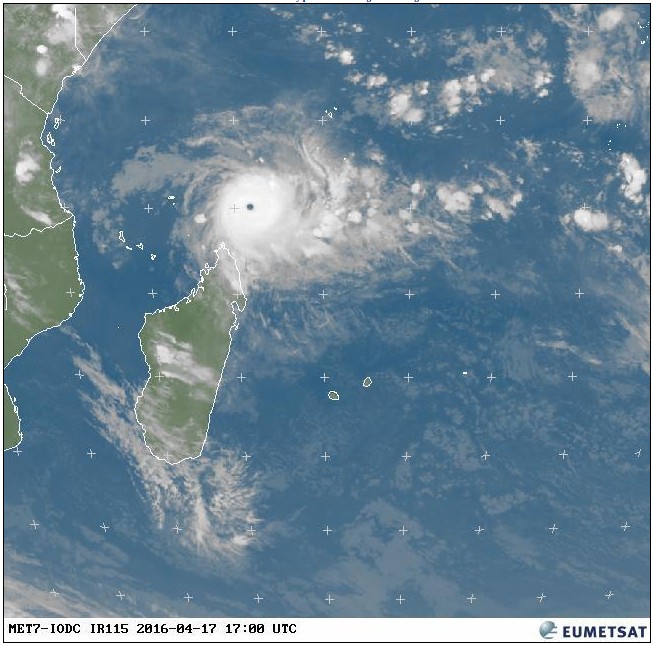 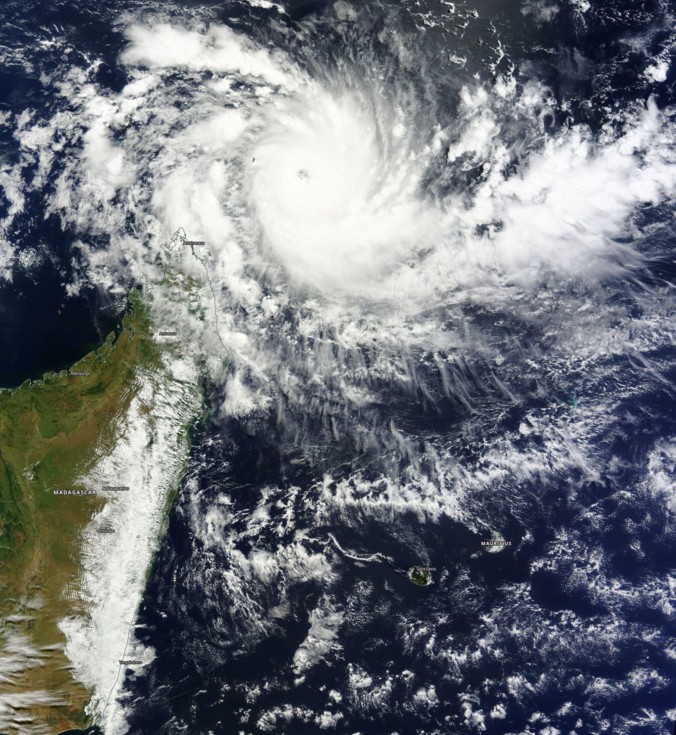 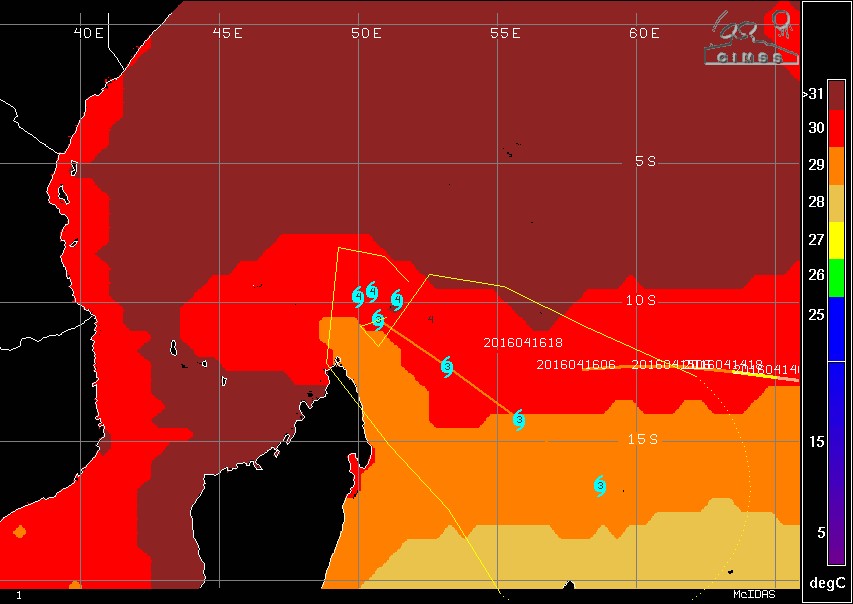