Tropical Cyclone "Fantala" strengthened to a Category 5 equivalent hurricane on the Saffir-Simpson Hurricane Wind Scale. At 18:42 UTC on April 17, its maximum sustained winds reached 277.8 km/h (172.6 mph / 150 knots; JTWC) and made Fantala one of the strongest tropical cyclones on record for the Indian Ocean. The system is now weakening but the factors steering it have changed and the new forecast track takes it toward northeastern Madagascar.

Fantala is a very powerful, quasi-stationary system about to make a U-turn towards the southeast, just north of Madagascar. At 21:00 UTC on April 18, its maximum sustained winds were 259.3 km/h (161.1 mph). Fantala was located approximately 286 km (178 miles) off the northernmost tip of Madagascar. The system was tracking westward at 1.8 km/h (1.1 mph) over the past six hours.

According to the JTWC, the environment is currently (21:00 UTC on April 18) marginal with good radial outflow aloft and low (18.5 – 27.8 km/h  / 11.5 – 17.3 mph) vertical wind shear (vws) being offset by ocean sea surface temperatures (sst) near 29 °C (84.2 °F), but relatively low ocean heat content. Cooler water is being upwelled from below and is contributing to the current weakening trend. Currently, near equatorial ridge is building to the north and will begin to steer the storm to the southeast in the next 12 – 24 hours. The intensity is expected to continue a gradual weakening trend as vws increases.

The forecast track is expected to continue southeast over the next 96 hours. After that, a deep-layer subtropical ridge is expected to form over Madagascar shifting the track to the west, toward northeastern Madagascar.

Residents of northern Madagascar should continue to monitor the storm as it is expected to approach the island. 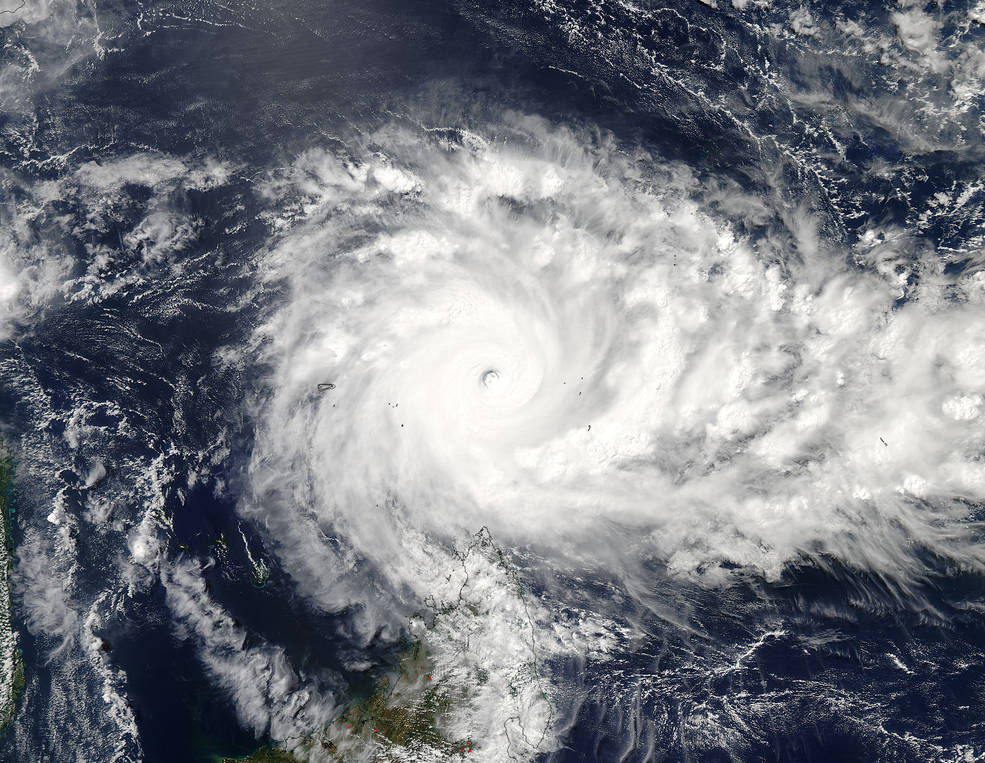 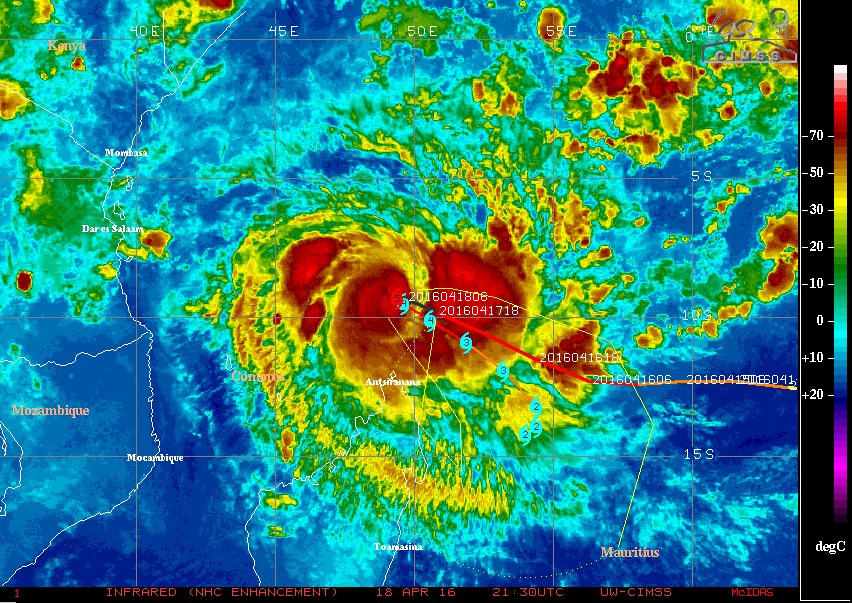 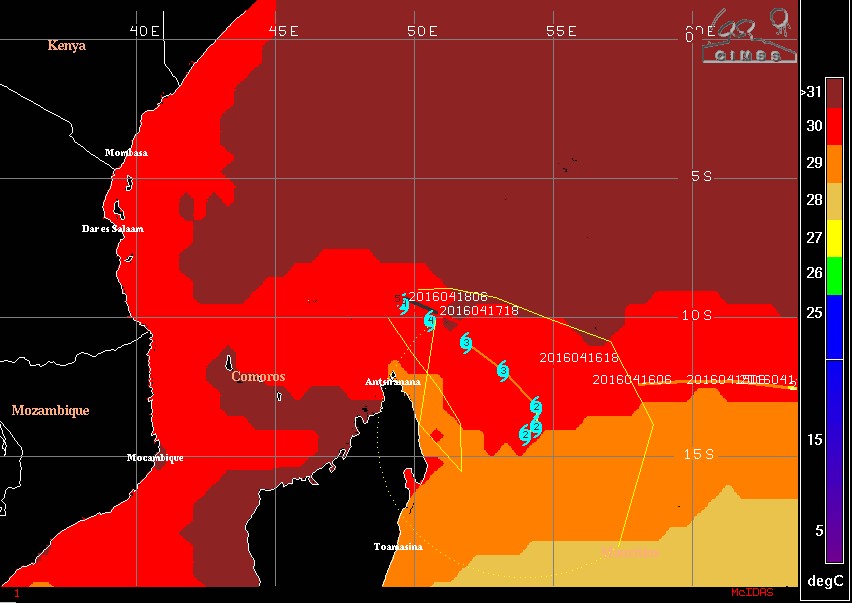