Tropical Cyclone "Fantala," one of the strongest tropical cyclones on record for the Indian Ocean, passed two times over Farquhar Group of islands, Seychelles, causing significant damage to infrastructure and environment. In drought-stricken Kenya, more than 1 400 km (881 miles) to the west, the system triggered prolonged rains that caused severe flooding.

The eye of Super Tropical Cyclone "Fantala" measured 21 km (13 miles) in diameter as it passed directly over Farquhar Atoll on its first passage through the group on Sunday, April 17, 2016. 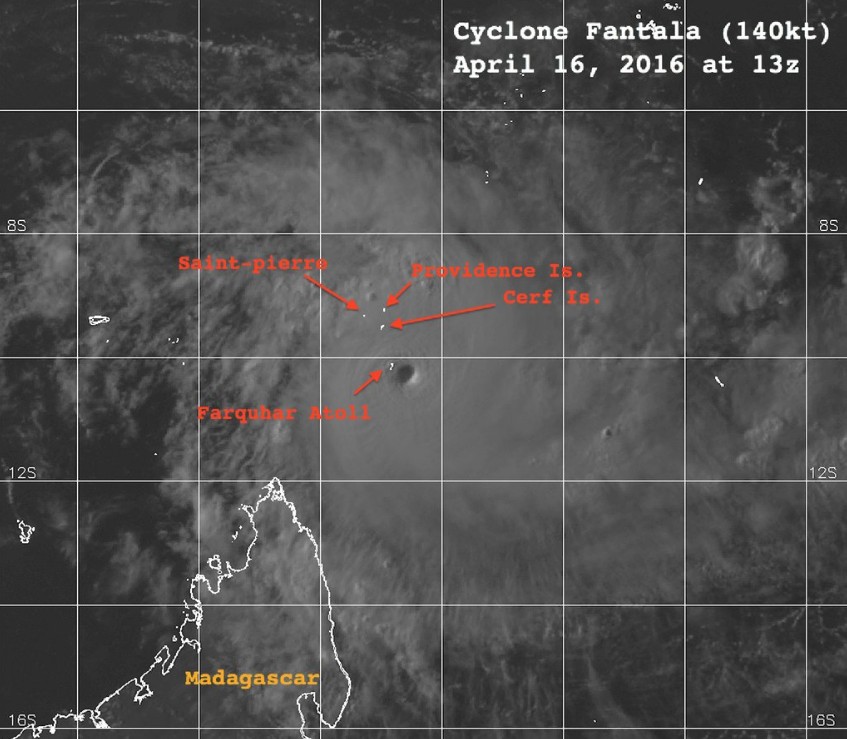 Glenny Savy, Chief Executive of IDC, a parastatal company that manages some of the outer islands of the archipelago, told Seychelles News Agency (SNA) that all infrastructure on Farquhar island, except cyclone-proof facilities built after the passage of Tropical Cyclone "Bondo," suffered substantial damage.

"This time round the damage is greater than in 2006 when we experienced cyclone Bondo," said Savy.

“All [other] infrastructures have had their roofs blown away. Doors and windows are also broken and have been blown away while a few buildings have completely fallen to the ground,” said Savy, adding that many trees have also fallen.

The buildings that have been severely damaged include some guest houses, staff accommodation, and desalination facilities, among others, SNA report said. 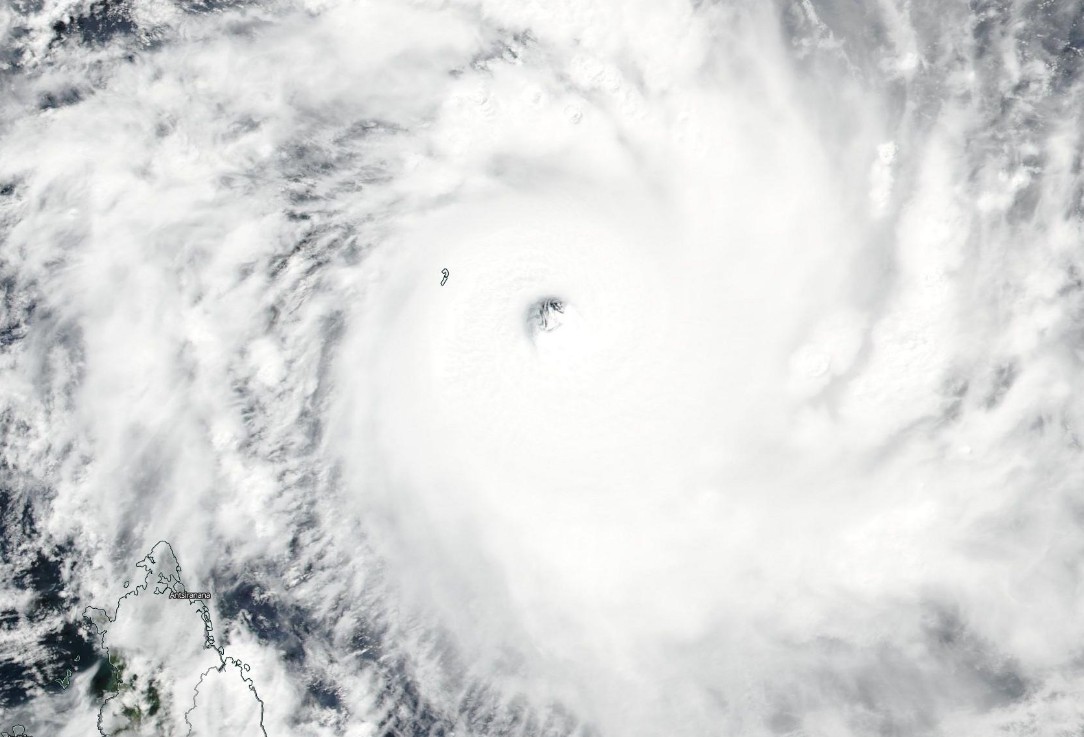 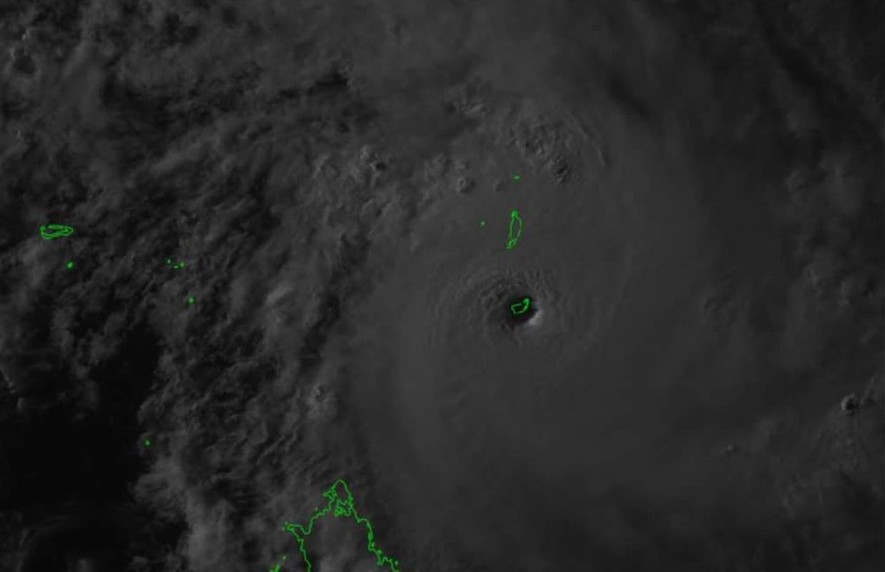 Fantala passed the Farquhar Group moving west and started making a U-turn back toward them on April 18. It struck the island a second time on Tuesday, April 19, with maximum sustained winds of 157 km/h (97.6 mph).

“Luckily the intensity was a bit less the second time, but Farquhar still experienced strong winds from 9 pm to up to around three-four o'clock in the morning,” said Savy.

#Fantala ranks among the top storms across the SHem, joining #Winston, but reliable records only go back ~30 years. pic.twitter.com/2CYJFXKbzl

Savy told the media that the company’s staff on the Farquhar island who have been taking refuge in the cyclone-proof facilities are safe, adding that they have sufficient food and fuel.

“The staff had the opportunity to walk around a little bit and they say the damage is very, very extensive, especially to the environment, the trees."

First pictures from the island showing the extent of the devastation on the island are expected on Friday, April 22. 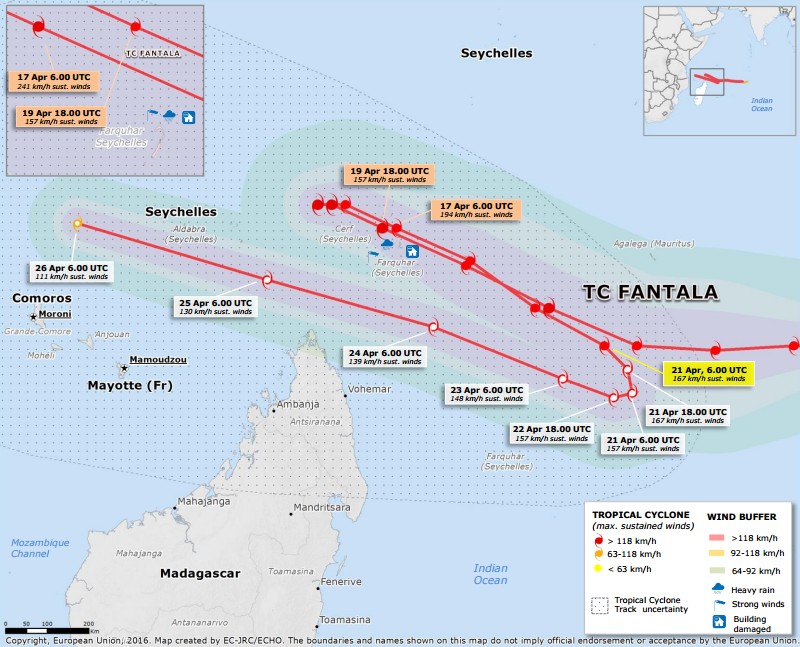 Drought-stricken Kenya was affected by heavy rain triggered by Fantala from April 13 to 18 as its spiralling winds caused an insurgence of moist air from the Indian Ocean.

This near week-long rainfall event saturated soil that had been dry since the start of the year. As a result, several areas of coastal Kenya have suffered severe flooding, Floodlist reported today.

At least 131 mm (5.15 inches) of rainfall was recorded in Kwale on Friday, April 15 in 4 hours. Several villages were cut off from the rest of the country due to flooding after the River Umba, which flows from Tanzania, burst its banks.

The Kenya Red Cross estimates that at least 25 000 acres of land have been flooded.

According to JTWC, Fantala's maximum sustained winds dropped to 166.7 km/h (103.6 mph) by 09:00 UTC on April 21. This made it equivalent to a Category 2 hurricane on the Saffir-Simpson Hurricane Wind Scale. 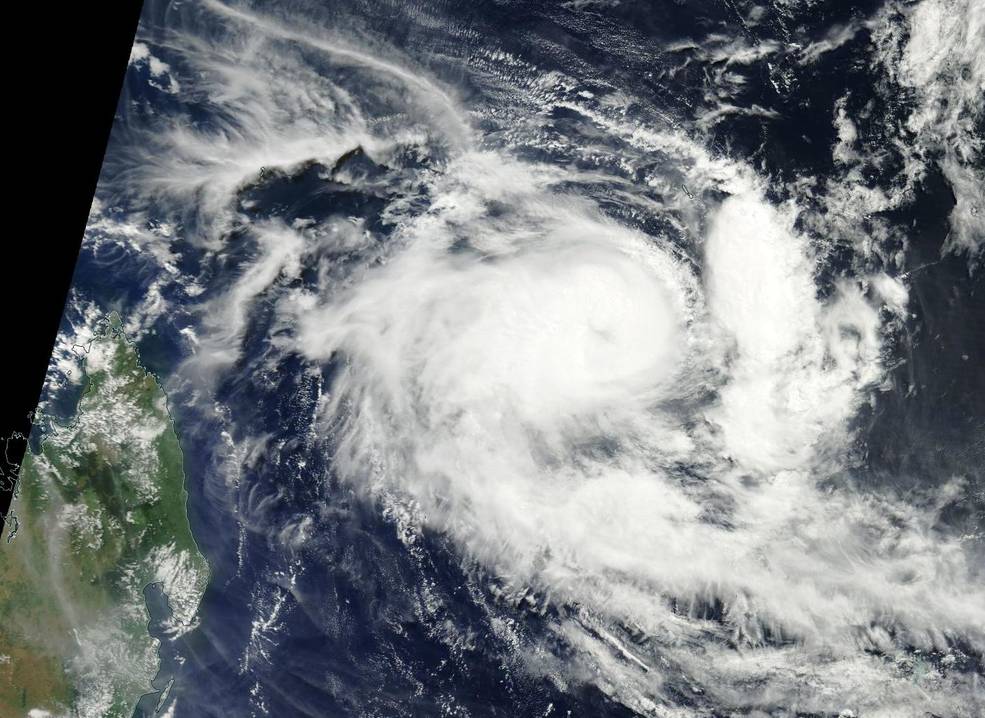 JTWC predicts that Fantala will turn back to the west-northwest after a day or two and head back north of Madagascar while maintaining hurricane strength.

The storm is expected to continue weakening as it moves toward Tanzania and northern Mozambique.