Severe thunderstorms accompanied by heavy rainfall and very large hail have been sweeping the states in northeastern India, since April 18, 2016. According to residents, more than 2 000 homes in Manipur and other buildings suffered extensive damage. No victims have been reported.

I. Ibohanbi, a legislator from Manipur, said over 450 houses were destroyed in Oinam constituency alone. At the same time, other districts reported a similar degree of damage. Residents, who were left homeless after the storm, sought shelter in local schools, as the government didn't provide adequate relief measured at evacuation centers. 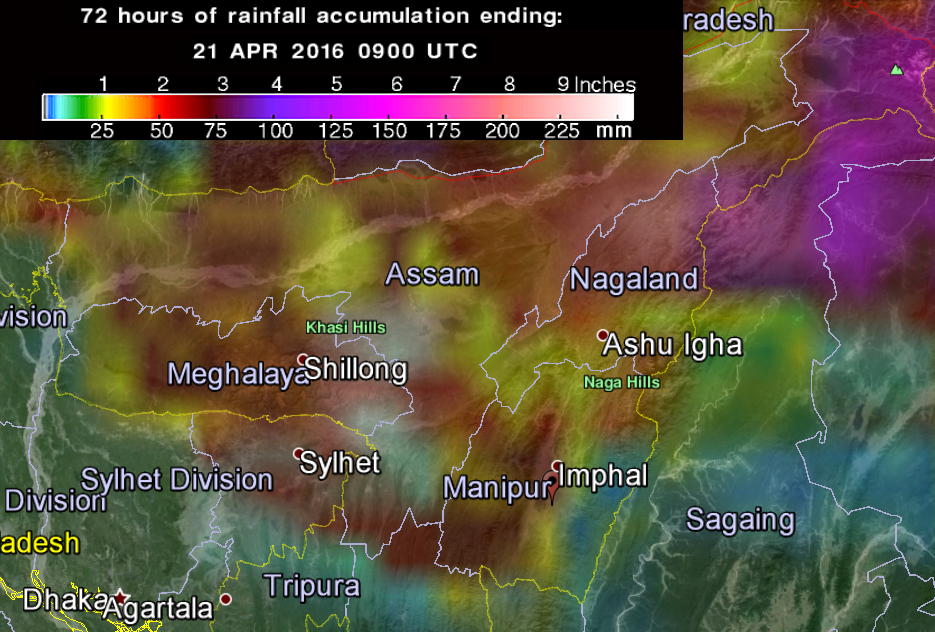 Traffic was delayed for several hours along the roads and national highways due to fallen trees and debris. The torrential downpours have made a substantial impact on the Imphal-Myanmar trans-Asian highway, as well.

An intense hailstorm that battered Jiribam killed or wounded numerous birds, as some hailstones were the size of an orange. Many people sustained injuries after the rooftops got blown away, however, no fatalities were reported.

Oinam Nabakishore, the Manipur's Chief Secretary, said the much-needed assistance will be provided after the official damage reports have been received.