Tropical Cyclone "Fantala" developed into a major hurricane and is threatening portions of the Republic of Mauritius, as of April 15, 2016. The system will continue to intensify over the next two days, and strong wind warnings are in place for several regions in the southern Indian Ocean. Residents are advised to remain cautious and follow further development.

Tropical Cyclone "Fantala" was located approximately 903.8 km (561.6 miles) north-northeast of Port Louis, Mauritius and moving westward at 18.5 km/h (11.5 mph) on April 15 at 09:00 UTC, according to Joint Typhoon Warning Center (JTWC). Its maximum sustained winds were near 185.2 km/h (115 mph) and still increasing. Fantala was a Category 3 hurricane on the Saffir-Simpson Wind Scale, making it a major hurricane. 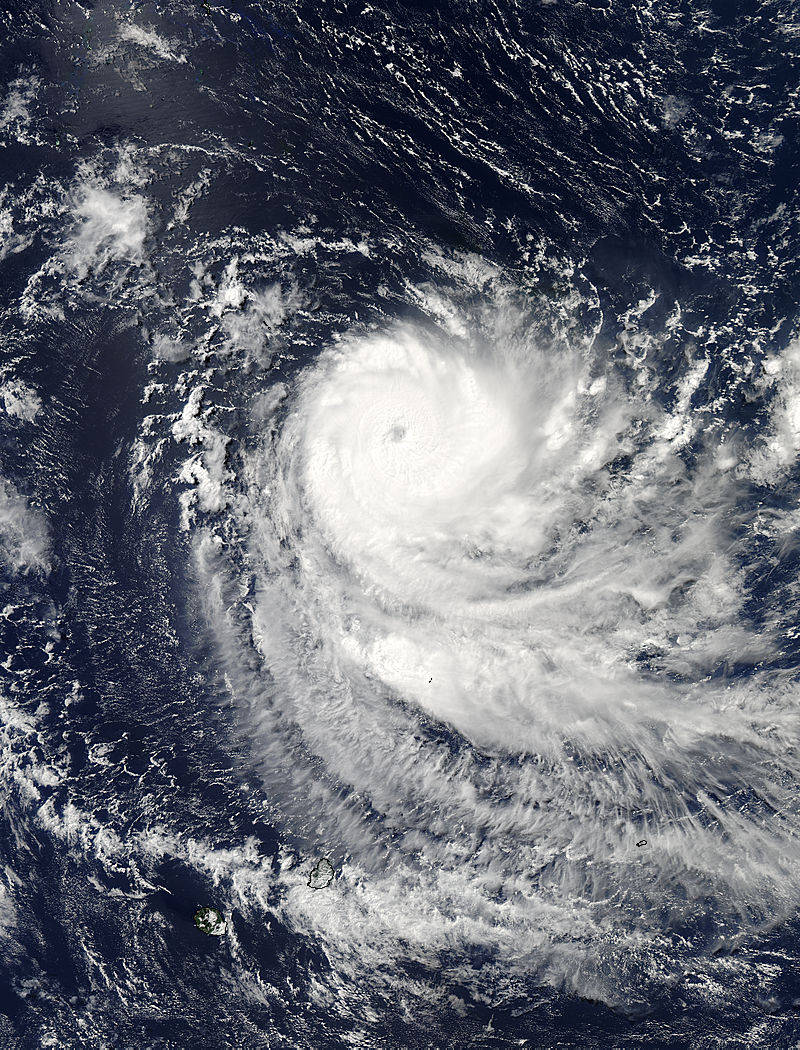 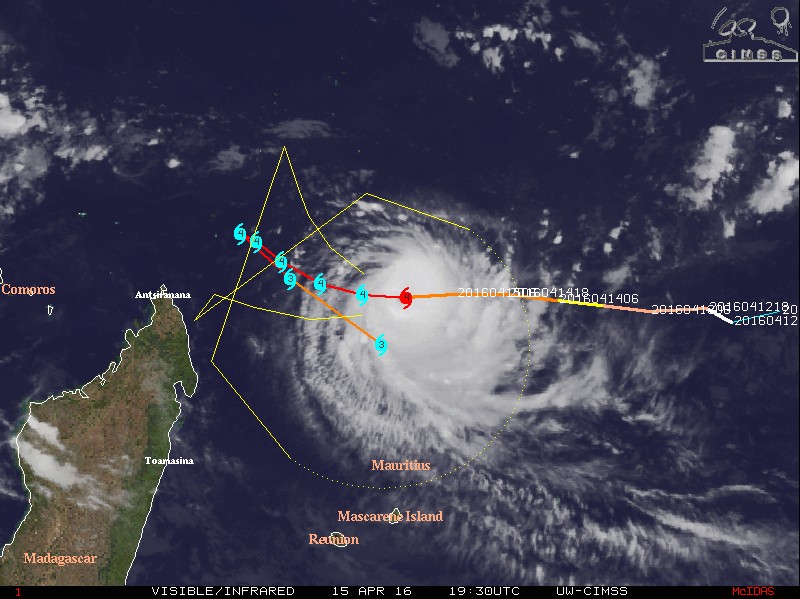 Over the next 72 hours, the cyclone is expected to track west to west-northwest under the influence of a deep layer sub-tropical ridge to the south. Fantala is located in an environment favorable for further intensification due to low vertical wind shear and warm sea surface temperatures. 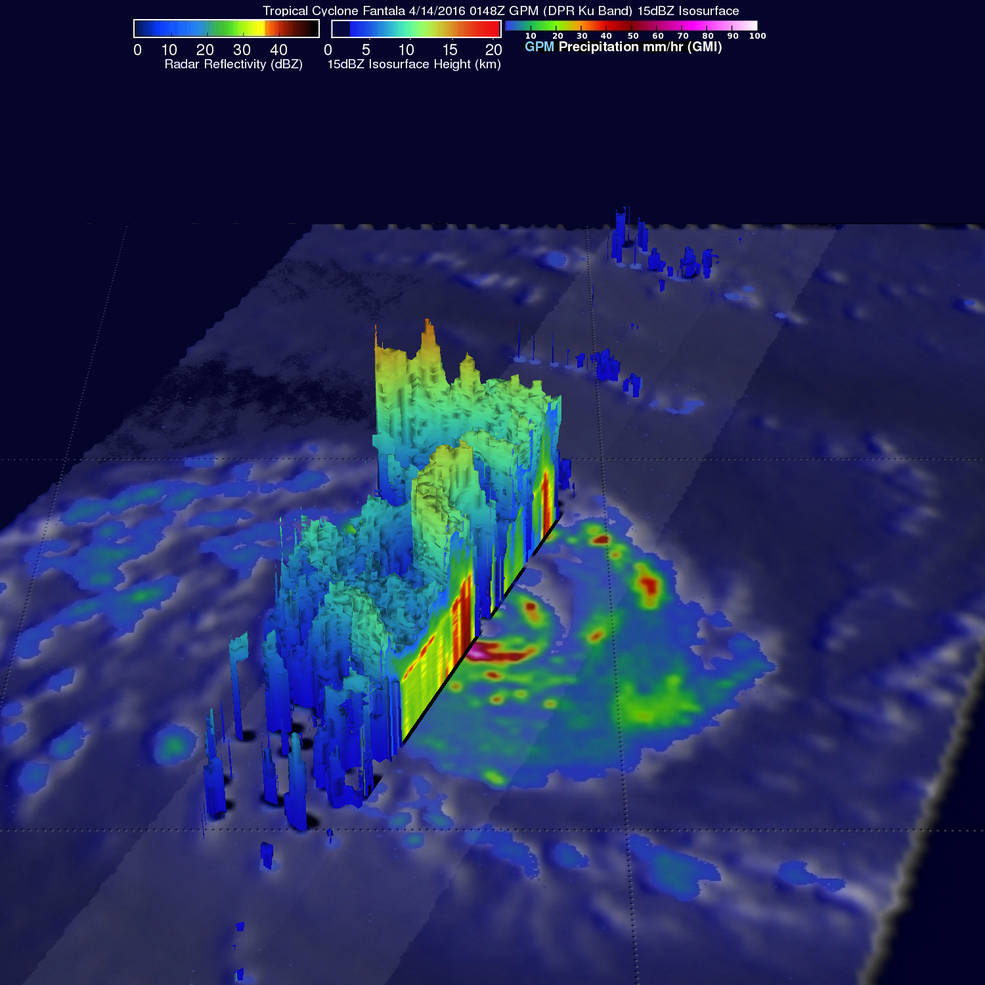 On April 14 at 0148 UTC, GPM found rain falling at a rate of almost 300 mm (11.8 inches) per hour on the southwestern side of the tropical cyclone's well defined eye. Image credit: NASA/JAXA/Hal Pierce

Tropical Cyclone "Fantala" formed on April 11 at 18:00 UTC, about 655 km (407 miles) southeast of Diego Garcia atoll in the southern Indian Ocean and became a major hurricane on April 15. Residents of the Republic of Mauritius are advised to remain alert, as regional warnings are in place.

A strong wind warning is in place in Rodrigues, Mauritius, St Brandon and Agalega. After April 17, the cyclone is expected to move southeast, away from Mauritius, and start to weaken slowly. 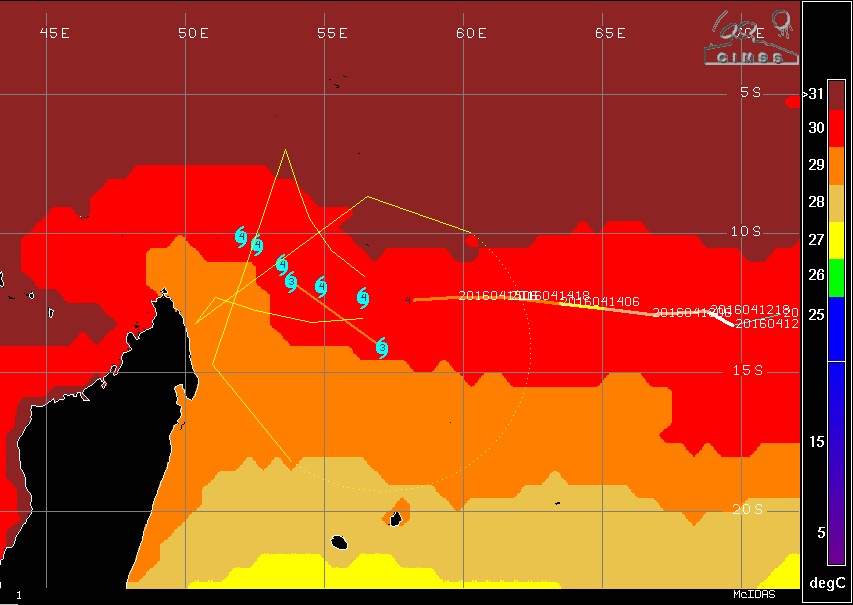