Tropical Cyclone "Fantala" formed at 18:00 UTC on April 11, 2016, about 655 km (407 miles) southeast of Diego Garcia atoll in the southern Indian Ocean. The system is intensifying rapidly as it moves west toward Madagascar. Fantala is expected to peak at 222 km/h (138 mph) on April 15 and become a quasi-stationary system.

This system has a 27.7 km wide (17.2 miles) cloud-filled eye and is packing powerful thunderstorms, the strongest of which are currently in its western quadrant.

Fantala is expected to become a quasi-stationary system on April 15, reach its peak wind intensity of 222 km/h (138 mph) and then start weakening. 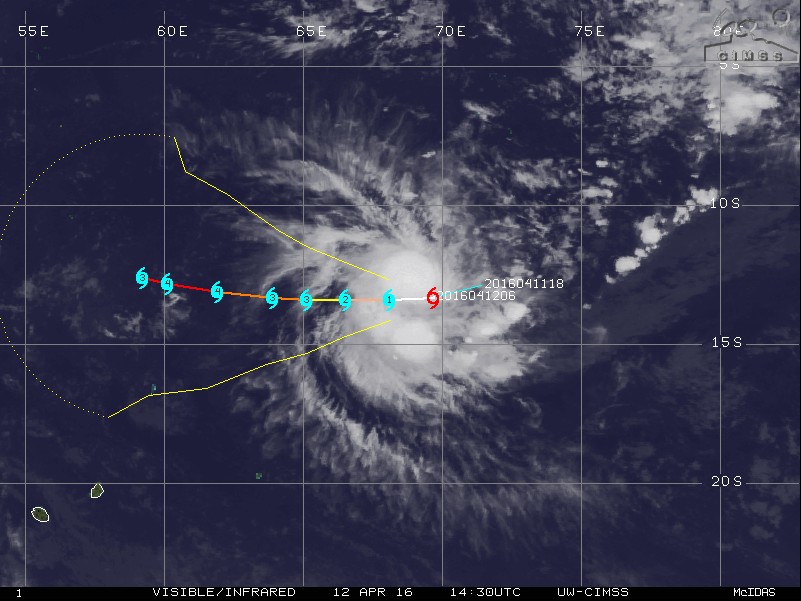 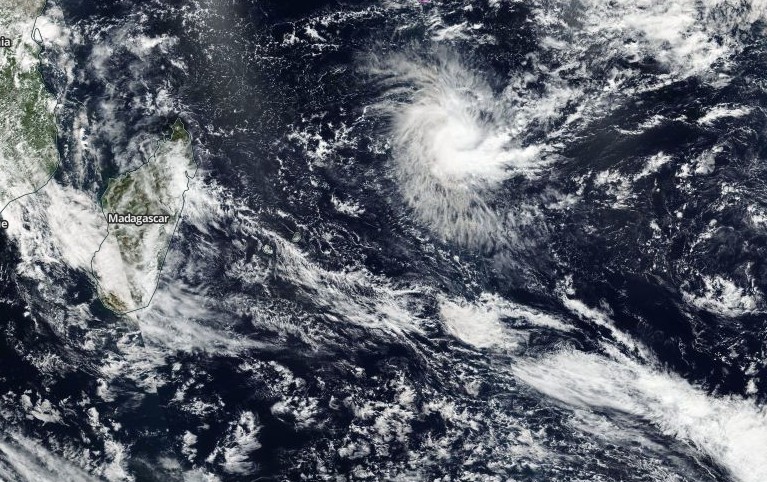 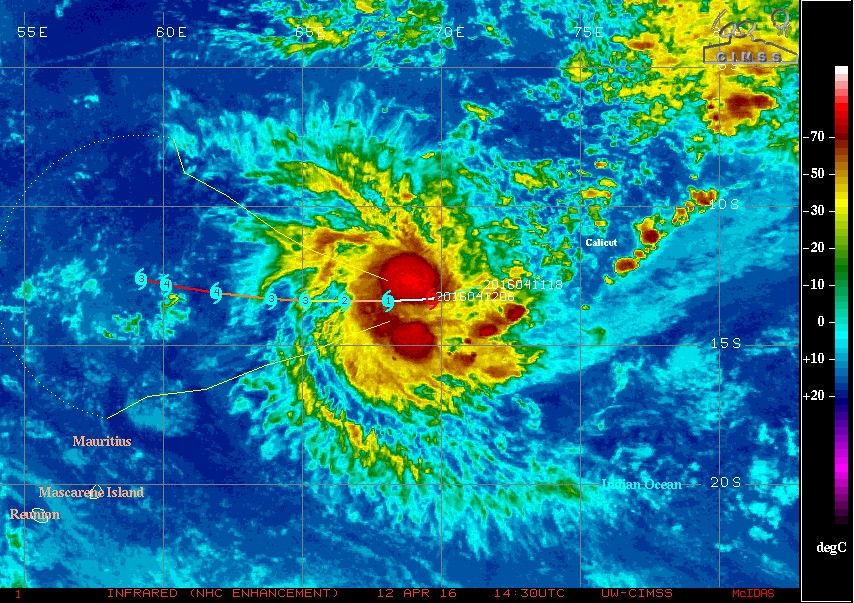 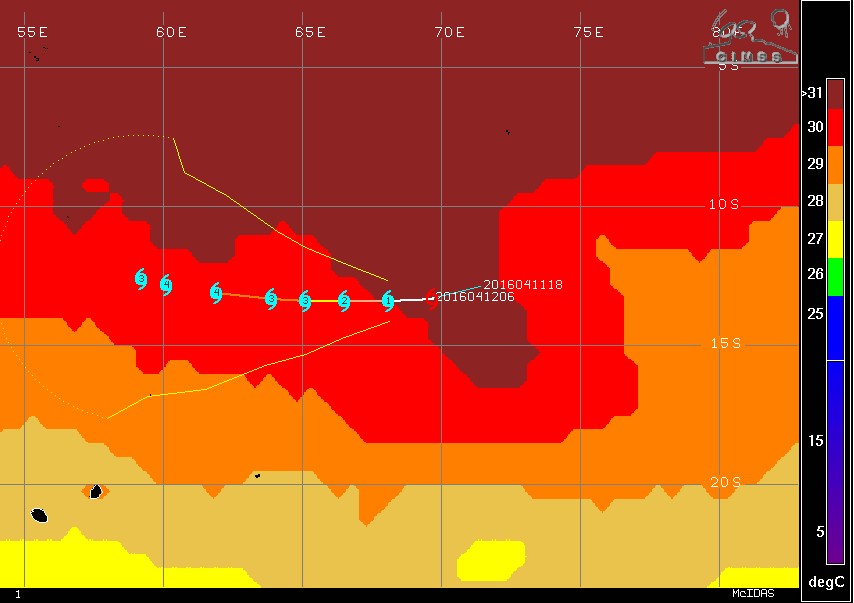 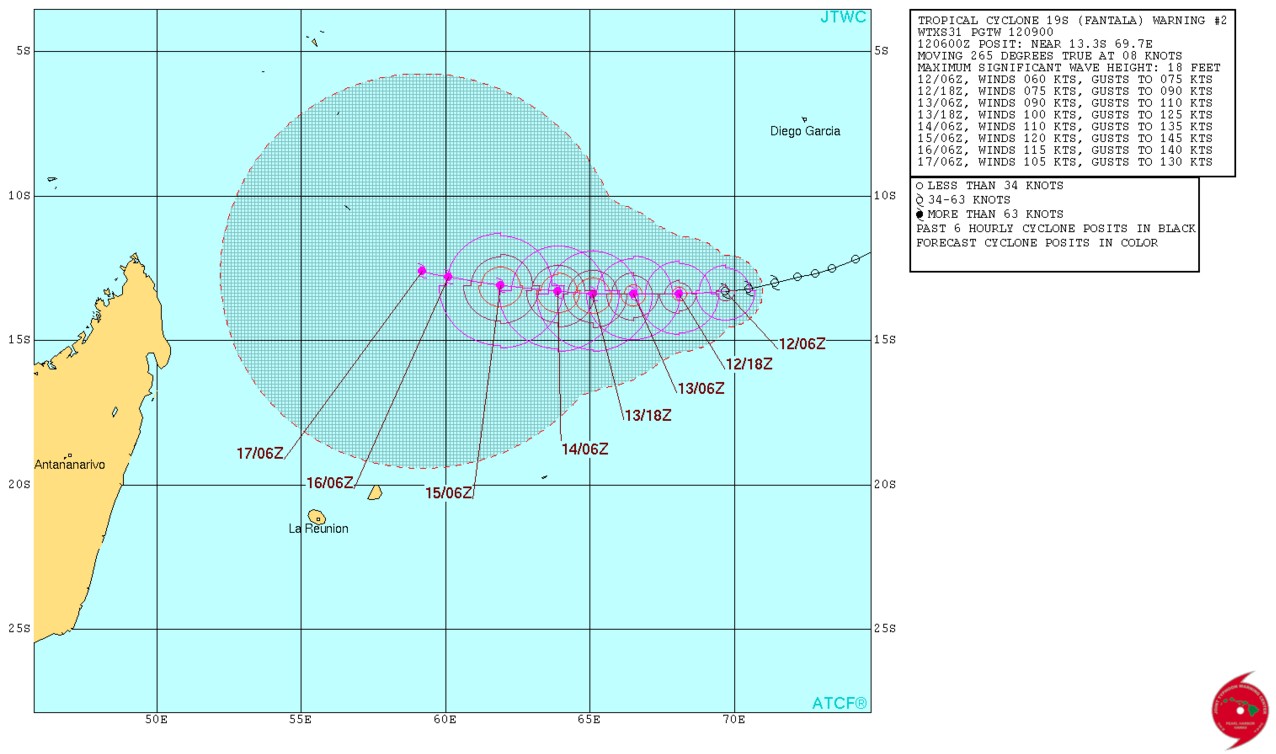