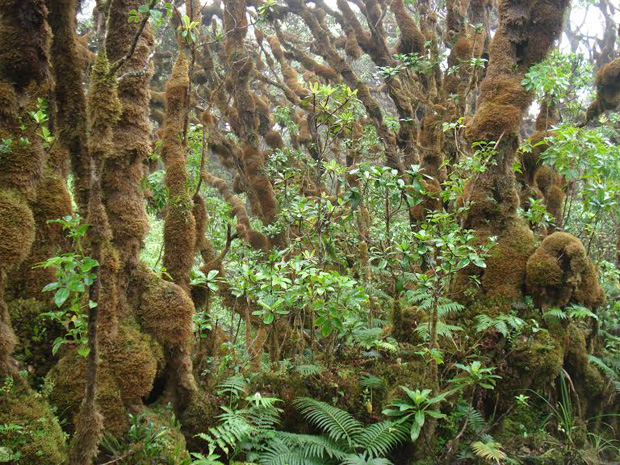 The extinction crisis in Hawai'i, which has even been labeled as the "extinction capital of the world" has been the research focus of the international team of scientists from the Pacific Biosciences Research Center (PBRC) of the University of Hawai'i at Manoa, the Bishop Museum in Honolulu, Howard University in Washington DC, and the French National Museum of Natural History in Paris.

Invertebrates (insects, snails, spiders etc.) form the majority of the species of Hawai'i's uniquely spectacular diverse and unique biota. The true level of the catastrophic extinction event was now assessed for the first time, by the research team of international scientist.

The research focused on the most diverse group of Hawaiian land snails, the Amastridae family, of which 325 species are found only on the island of Hawai'i. The scientists found that the rate of extinction could have been equal to 14% of the fauna per decade, as only 15 of these species could still be found alive.

Biologists have come to a conclusion that enhanced human activity since the 1980's has caused the Earth to face the massive biodiversity extinction crisis. The International Union for the Conservation of Nature (IUCN) "Red List" has labeled only 800 of the total of 1.9 million species on the planet, officially extinct, which prompted some people to ask whether the extinction crisis is actually real.

“We showed, based on extrapolation from a random sample of land snail species from all over the world, and via two independent approaches, that we may already have lost 7 percent (130,000 extinctions) of all the animal species on Earth,” said Robert Cowie, research professor at PBRC and co-author of the two studies.

However, the IUCN's numbers are based on assessments of birds and mammals and excludes invertebrates, although the species makes about 99% of known biodiversity. The estimated numbers when invertebrates were taken into the account have by far exceeded the reported number of extinct species on the IUCN Red List.

The discovery has confirmed the biodiversity crisis is, indeed, real and has also showed the importance of taking into the account the invertebrates to obtain a realistic picture of the current situation, widely known by it's consequences as the "sixth mass extinction".