Weak wind shear and warm ocean surface water allowed Super Typhoon "Vongfong" to rapidly strengthen across the western Pacific Ocean into the largest storm on Earth so far in 2014. The system peaked in intensity on October 7, 2014 with top sustained winds of 290 km/h (180 mph).

Vongfong weakened to a Category 4 typhoon early on October 9, with maximum sustained winds near 240 km/h (150 mph). During October 9, the system had developed two concentric eye walls, which is sign of an eyewall replacement cycle and further weakening.

JTWC predicts it will gradually weaken over the next few days while heading northward toward the main islands of Japan. It is expected to make landfall at Kyushu and Shikoku on October 13 as a Category 1 typhoon.

It should weaken into tropical storm as it passes Honshu, including Tokyo and Osaka. 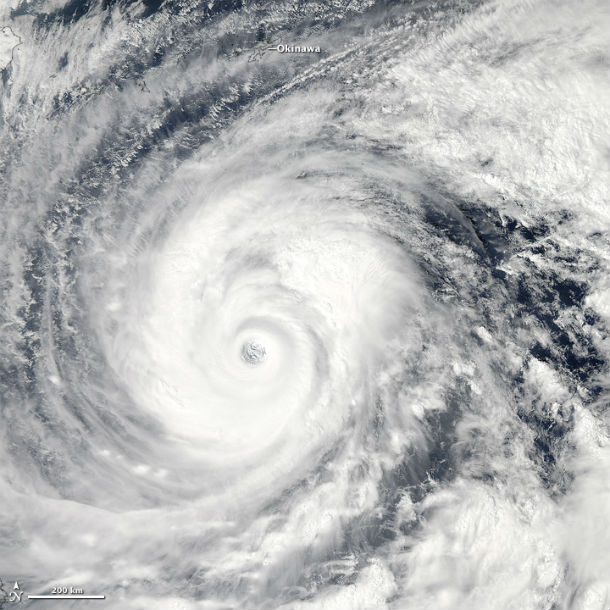 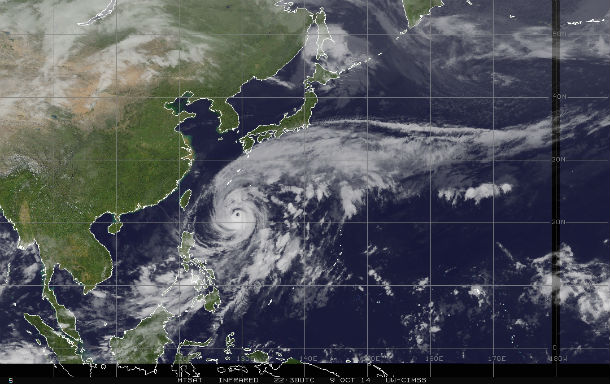 Vongfong began a turn to the north and is likely to pass over or just to the north of Okinawa Island and Amami Oshima on October 11, 2014 as a Category 3 typhoon. Strong winds have been seen already across Okinawa Prefecture. In Daito Jima island, south east of Okinawa, winds up to 94 km/h (58 mph) have been reported late on October 9. 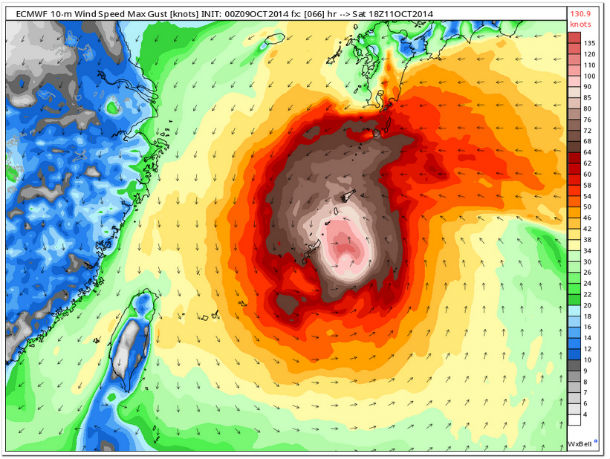 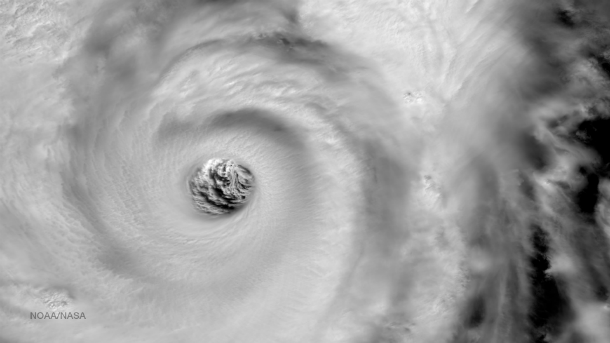 High resolution imagery from the VIIRS instrument on the Suomi NPP satellite shows a highly detailed view of the eye of Super Typhoon Vongfong as it moves north towards Japan. Taken on October 9, 2014 at 03:55 UTC, satellite estimates indicate that the eye is approximately 80 km (50 miles) wide. The Joint Typhoon Warning Center predicts landfall around October 12, 2014 at 23:00 UTC near Sasebo, Japan. (Credit: NOAA/Suomi NPP)

Vongfong is forecast to continue moving north through the Philippine Sea and is expected to pass just to the east of Kadena Air Base, tracking further over Amami Oshima before making landfall in Kyushu and moving over the Japan.

Destructive winds and flooding rain will pose the greatest threats. Heavy rains are expected to soak already saturated soil by Typhoon Phanfone's rains last week. This conditions could lead to much more severe flooding and additional landslides. Land interaction and cooler waters will weaken the system after it leaves central Japan and starts extra-tropical transition. 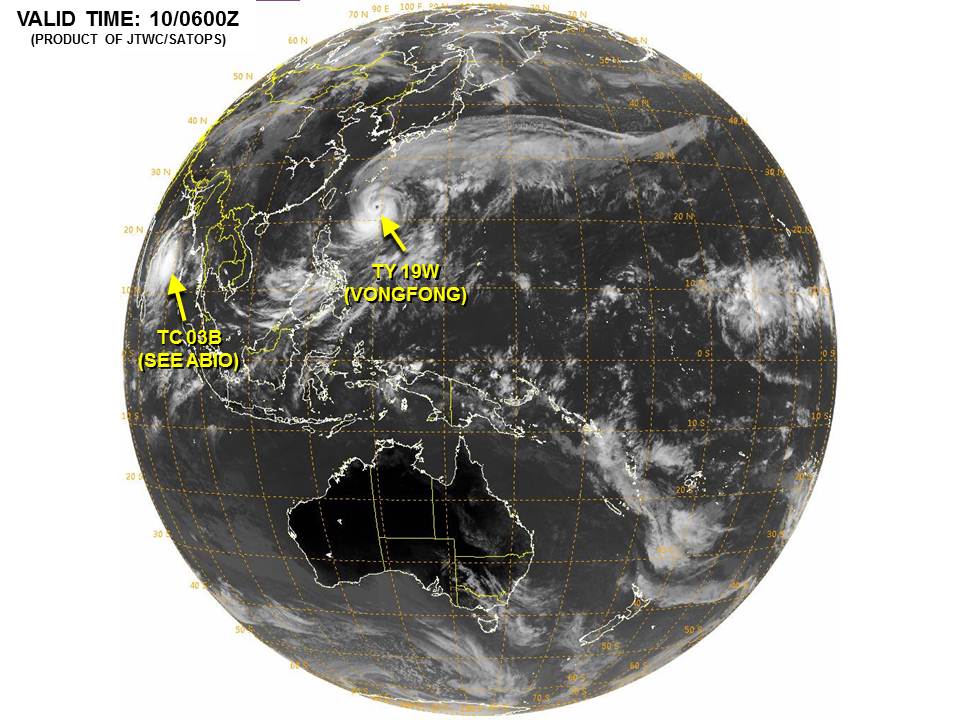