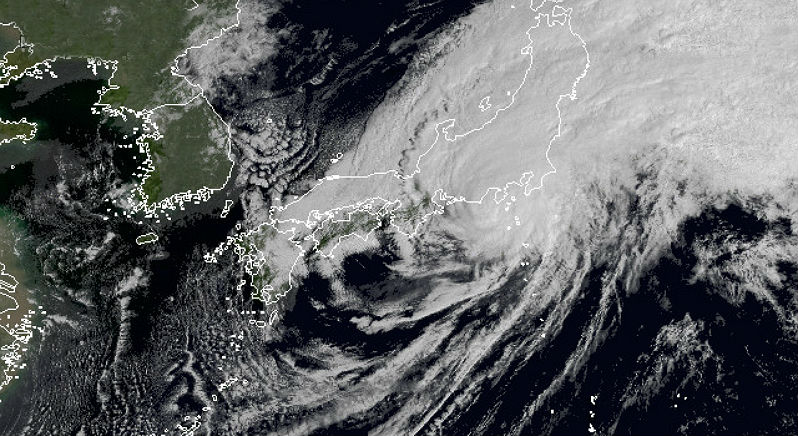 260 000 people have been advised to evacuate in Shizuoka Prefecture alone. Kanagawa prefecture officials issued evacuation advisories for 120 000 people. Thousands more are being asked to move to safe shelter in the Tokyo metropolitan area. 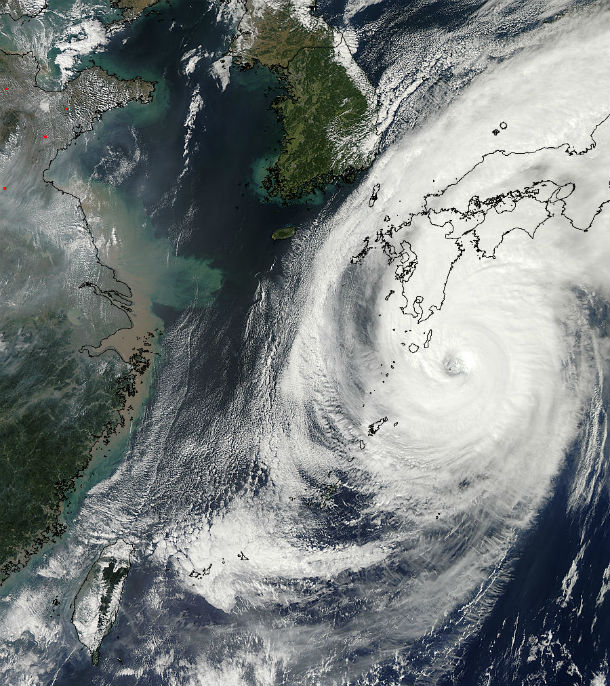 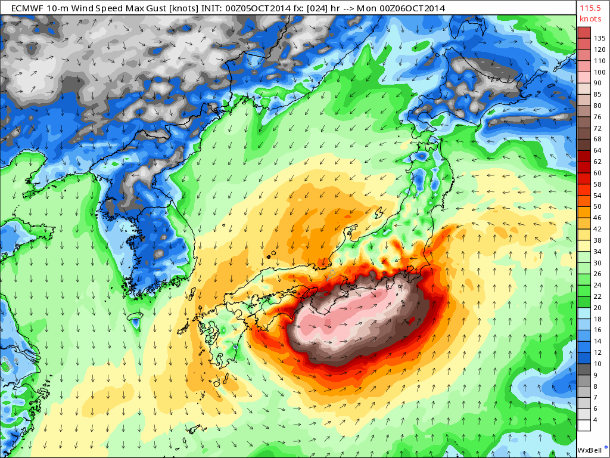 Up to 500 mm (20 inches) or more of rain is expected in the mountains which will cause deadly mudslides and flash floods. Some areas could see as much 300mm in the Kanto Koshin region. Rapid river level rises up and down coastal areas are expected. 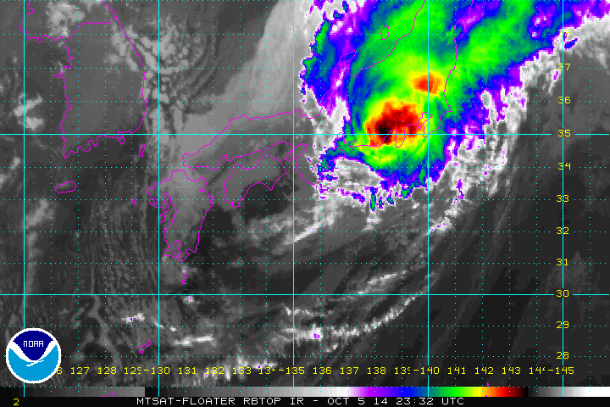 Typhoon strength winds are still likely through the Kanto plain where JMA is forecasting winds gusting as high as 165 to 185 km/h (100 to 115 mph). The storm will continue to move north east passing by the Kinki and Tokai region first during the early morning hours. Winds up to 180 km/h (112 mph) are expected.

Heavy rains from Phanfone are likely to bring dangerous flash flooding and mudslides. The heavy rains might also cause dangerous mudflows due erupting Mt. Ontake's ash deposits. Heaviest rainfall is expected across southern and eastern Honshu. The southern coast of Honshu, from the prefectures of Wakayama to Chiba, will experience destructive wind gusts of 160 to 195 km/h (100 to 120 mph) threaten to cause widespread and significant damage to trees and structures.

Coastal flooding will be a significant concern for southern coast of Shikoku and Honshu. Storm surge of 1 to 2 meters (3 to 6 feet) is expected along this area. Widespread rain totals of 200 to 250 mm (8 to 10 inches) are expected from eastern Shikoku to the Honshu prefecture of Fukushima, triggering widespread and life-threatening flash flooding. 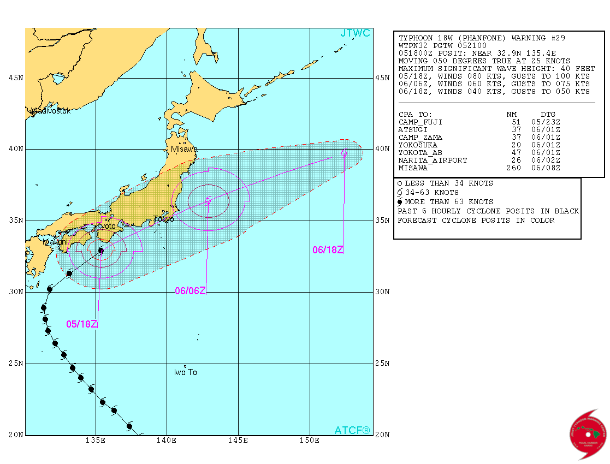 Strong vertical wind shear and cooler waters will continue to weaken Phanfone, however, the system will still be a very intense storm force cold-core low. As Phanfone leaves Japan, strengthening Typhoon Vongfong is a new system that could threat the islands again. 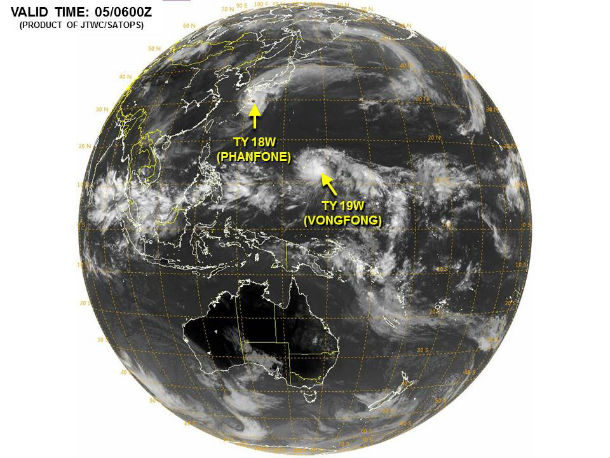