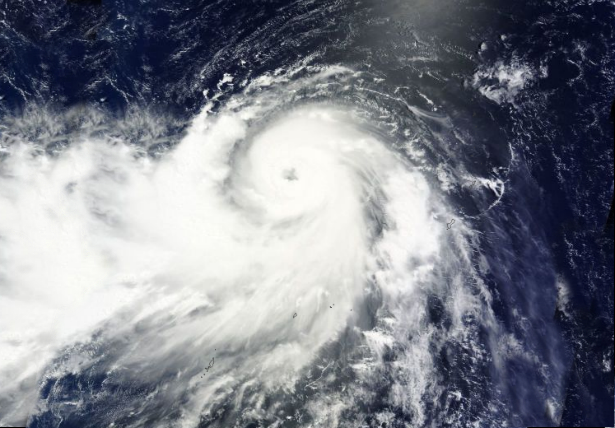 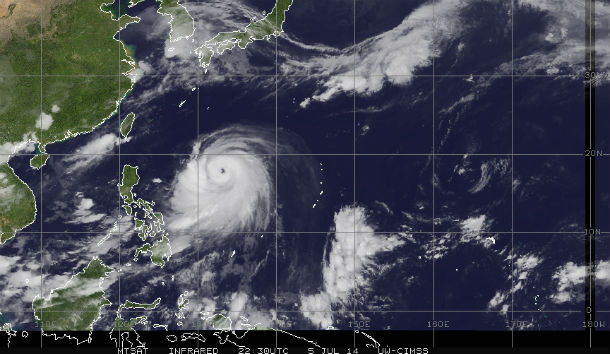 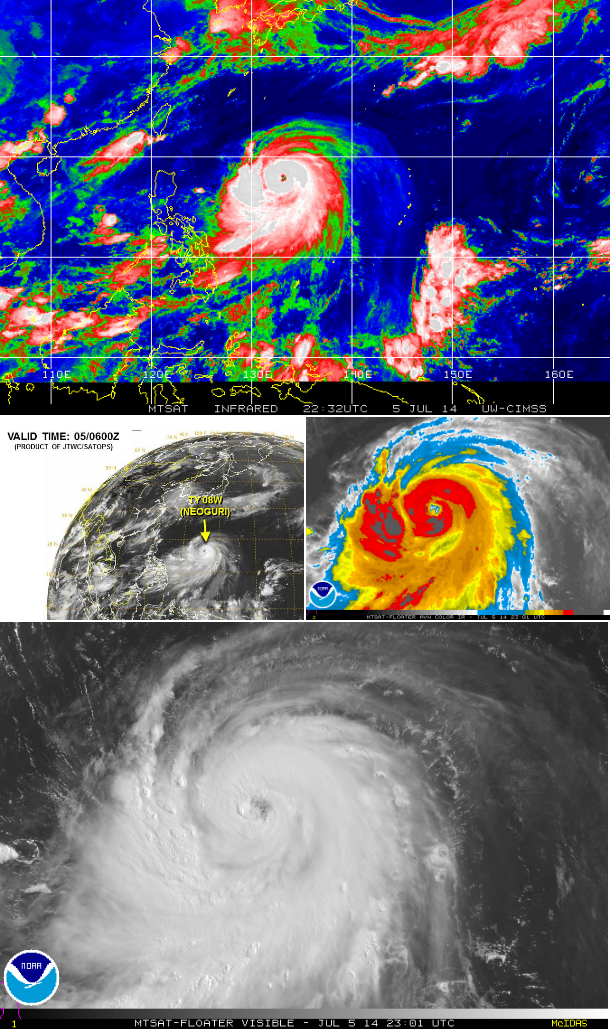 Strengthening will continue into early next week as the cyclone progresses through an area of very warm ocean waters and low vertical wind shear. The cyclone is expected to take a more northward direction early next week as it approaches the Ryukyu Islands and then slowly turn toward the northeast and approach southern Japan by July 8, 2014. Neoguri could make landfall in Kyushu with strong winds, high waves and heavy rains across the region. The Japan Meteorological Agency has already issued Typhoon Warnings for the southern Japanese islands and expects damaging winds.

Neoguri could also influenced southwest monsoon across the Philippines with flooding rainfall possible in west-central and northwest parts of the country. Large storm surge is possible over the southern islands with some locations near the center of the storm seeing a threat for storm surge of over 6 meters (20 feet).