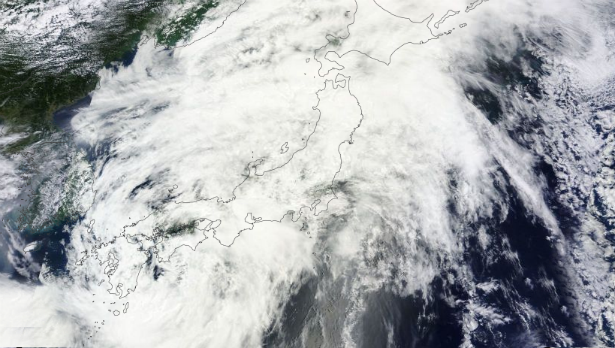 Tropical Storm Neoguri underwent extra-tropical transition early on July 11, 2014 as it tracked toward the Pacific waters east of Japan. According to JMA, the system is currently moving westward at speed of 15 km/h (9 mph). Maximum sustained winds are 65 km/h (40 mph). 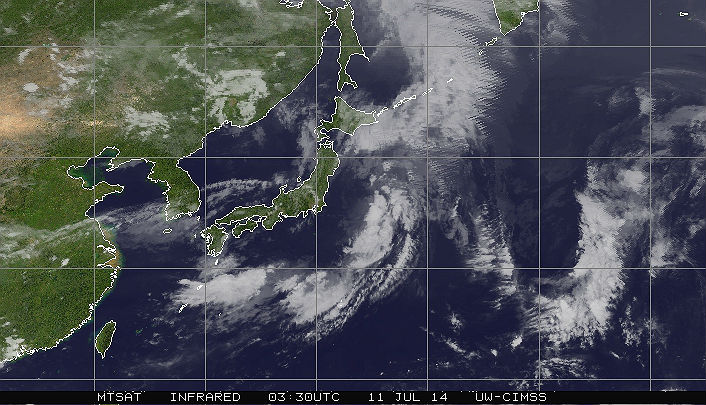 Record breaking floods continue to impact the island. Neoguri brought 202 mm (8 inches) in nine hours to Tarumi, a ward of Kobe City, and 103.5 mm (4 inches) rain in seven hours to Yakushima, Kagoshima Prefecture. Hiwasa had 58.5 mm (2.3 inches) of rain fall in one hour. The community of Ebino in the Miyazaki Prefecture has received a total of 361.5 mm (14.23 inches). 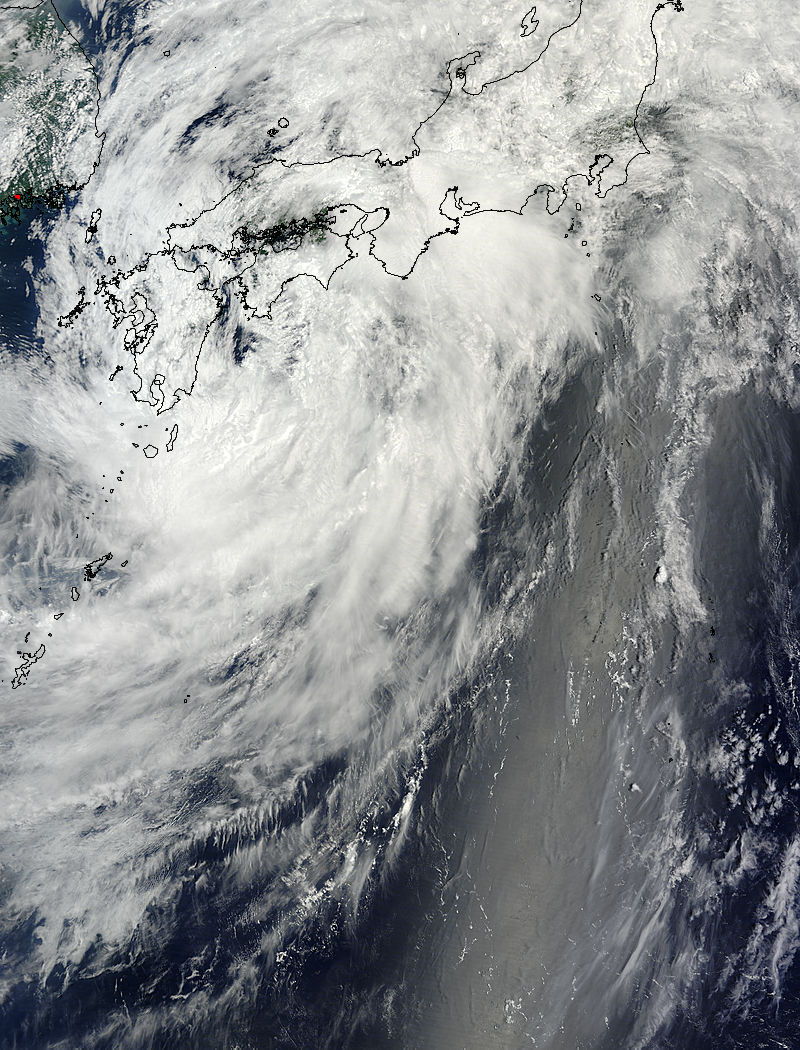 Flooding rain and damaging wind gusts will continue to impact easternmost Hokkaido and the southern Kuril Islands through July 11, 2014. Those areas could see 150 to 250 mm (6 to 10 inches) of rainfall.

NHK World reported about 100 homes have been destroyed by Neoguri brought 202 mm (8 inches) in nine hours to Tarumi, a ward of Kobe City, and 103.5 mm (4 inches) rain in seven hours to Yakushima, Kagoshima Prefecture.

As Neoguri leaves Japan, ninth tropical depression is formed southeast of Guam and will likely target the island and the neighboring Mariana Islands on July 11/12, 2014 with heavy rain and damaging winds. This system may become the next typhoon as it tracks to the west or northwest through the Pacific Ocean.

Residents of Taiwan, the southern Ryukyu Islands, including Okinawa, and eastern China, including Shanghai, should pay attention to further development of Tropical Depression 9W. 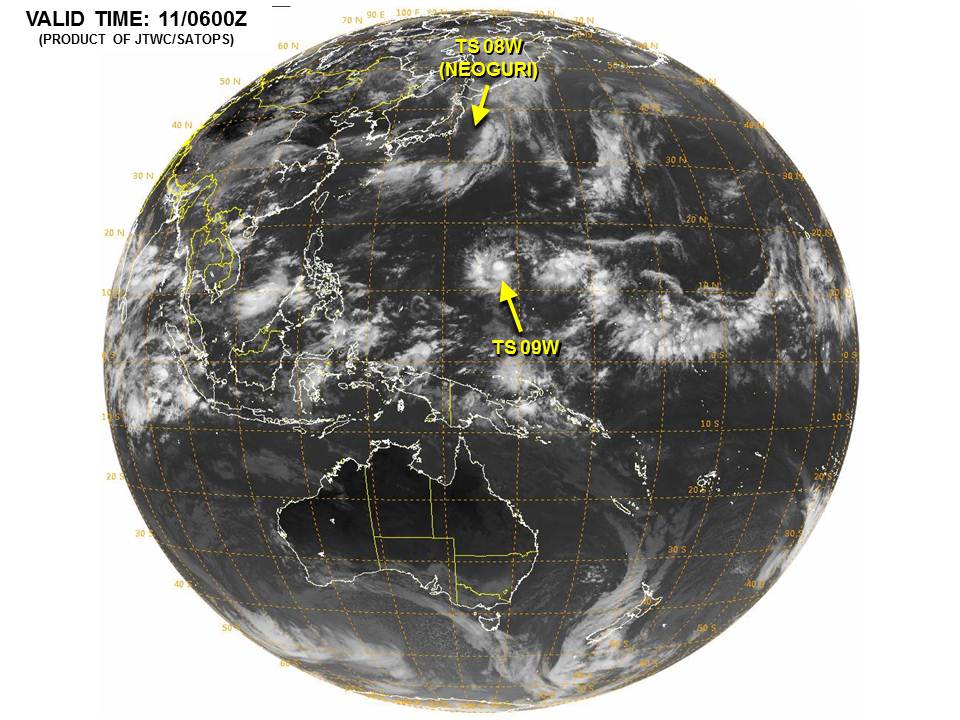