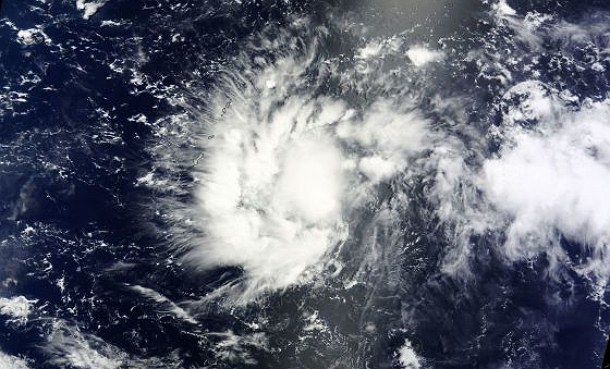 Ninth tropical depression is formed southeast of Guam. The Joint Typhoon Warning Center (JTWC) expects TD 09W to move past the southern islands of the Marianas and gradually strengthen into a typhoon as it tracks to the west or northwest through the Pacific Ocean.

Residents of Taiwan, the southern Ryukyu Islands, including Okinawa, and eastern China, including Shanghai, should pay attention to further development of Tropical Depression 09W. 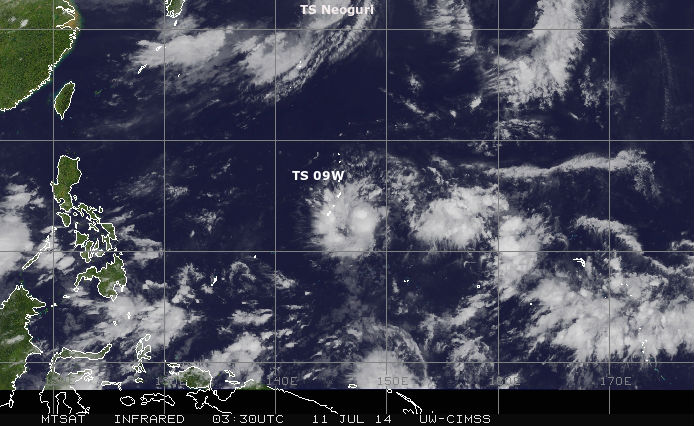 According to latest report by JTWC, the center of TD 09W is located approximately 224 nm east- southeast of Andersen AFB, Guam, and is moving west-northwestward at 25 km/h (15.5 mph). Low vertical wind shear and high sea surface temperatures (30-32 C) will allow the rapid development. This new system will be given the name Rammasun once JMA develops it to a Tropical Storm. 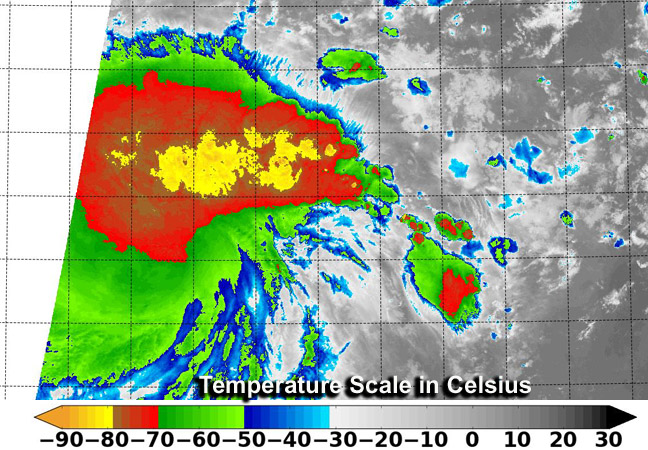