Massive sandstorm in northwest China is transporting large sand deposits from Taklimakan Desert in western China and the Gobi desert in the east, through Gansu Province and the Xinjiang Uygur autonomous region. A very large front is moving eastward across Asia, lifting dust from the desert areas. 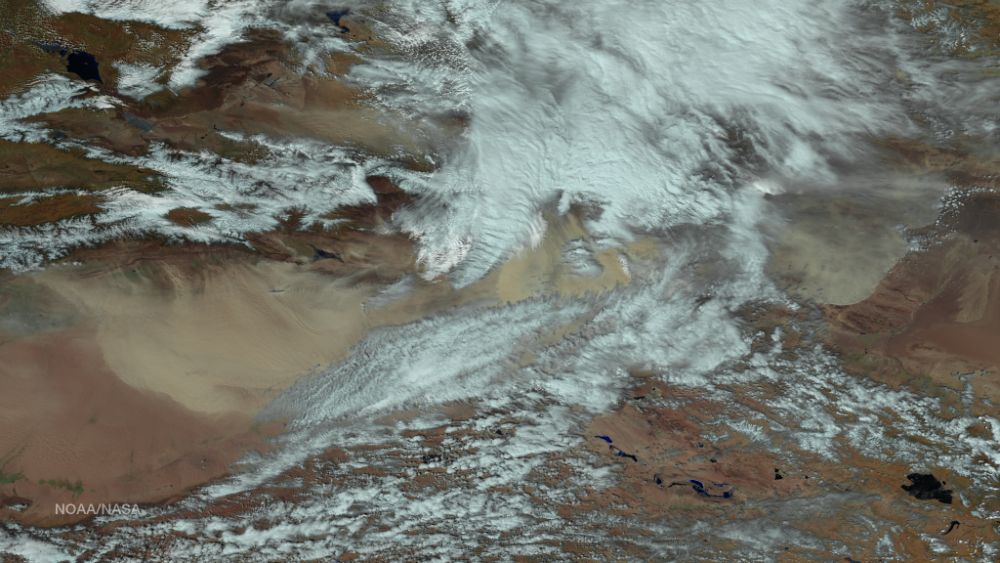 Yellow haze and dust brought visibility down to less than 50 meters (160 feet) in parts of northwest China. According to the South China Morning Post, the city of Dunhuang in northwest China's Gansu Province, experienced the strongest severely reduced visibility to hit the region in 10 years. Such storms are on the rise in the region, posing a health hazard for China’s people. 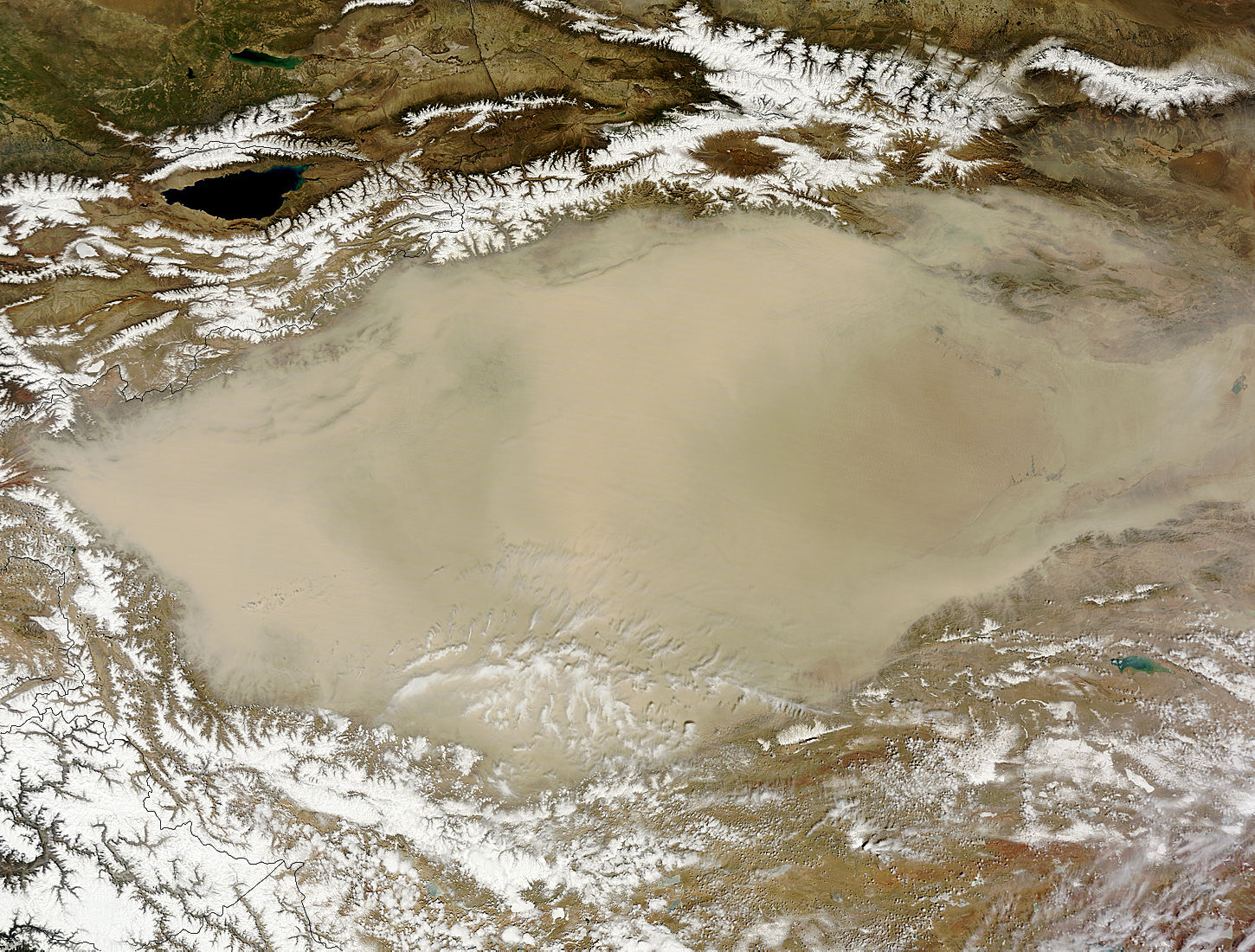 The sandstorm originated in Taklimakan Desert, a vast region of sand desert sitting in a depression between two high, rugged mountain ranges in northwest China. This desert is one of the largest shifting-sand deserts on Earth, and it supports very little vegetation.

Taklimakan and Gobi deserts ranks among the world’s leading dust producers. During the spring, cold air from Siberia combined with low pressure from Mongolia, usually producing dust storms in the deserts of northern China. Dust storms from this region can spread all over the world, stretching up as far away as Greenland.