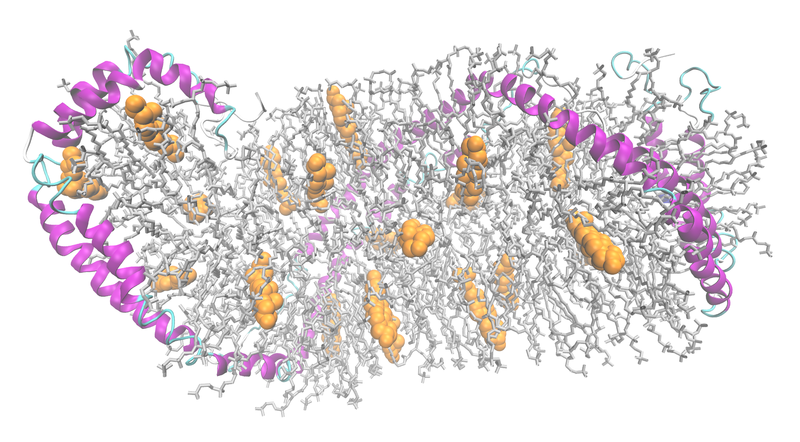 Cleveland Clinic researchers have discovered the process by which high-density lipoprotein (HDL) – the so-called "good cholesterol" – becomes dysfunctional, loses its cardio-protective properties, and instead promotes inflammation and atherosclerosis, or the clogging and hardening of the arteries. Their research was published on January 26th in the journal Nature Medicine.

The beneficial and cardio-protective properties of HDL have been studied and reported extensively, yet all clinical trials of pharmaceuticals designed to raise HDL levels have so far failed to show that they significantly improve cardiovascular health. This disconnect, as well as recent research showing that a protein abundant in HDL is present in an oxidized form in diseased artery walls, spurred the research team – led by Stanley Hazen, M.D., Ph.D., Vice Chair of Translational Research for the Lerner Research Institute and section head of Preventive Cardiology & Rehabilitation in the Miller Family Heart and Vascular Institute at Cleveland Clinic – to study the process by which HDL becomes dysfunctional.

Apolipoprotein A1 (apoA1) is the primary protein present in HDL, providing the structure of the molecule that allows it to transfer cholesterol out of the artery wall and deliver it to the liver, from which cholesterol is excreted. It's apoA1 that normally gives HDL its cardio-protective qualities, but Dr. Hazen and his colleagues have discovered that in the artery wall during atherosclerosis, a large proportion of apoA1 becomes oxidized and no longer contributes to cardiovascular health, but rather, contributes to the development of coronary artery disease.

Over the course of more than five years, Dr. Hazen and his colleagues developed a method for identifying dysfunctional apoA1/HDL and discovered the process by which it is oxidized and turned dysfunctional in the artery wall. They then tested the blood of 627 Cleveland Clinic cardiology patients for the dysfunctional HDL and found that higher levels raised the patient's risk for cardiovascular disease.

"Identifying the structure of dysfunctional apoA1 and the process by which it becomes disease-promoting instead of disease-preventing is the first step in creating new tests and treatments for cardiovascular disease," said Dr. Hazen. "Now that we know what this dysfunctional protein looks like, we are developing a clinical test to measure its levels in the bloodstream, which will be a valuable tool for both assessing cardiovascular disease risk in patients and for guiding development of HDL-targeted therapies to prevent disease."

The research also points toward new therapeutic targets for pharmaceuticals, such as those designed to prevent the formation of dysfunctional HDL and the development or progression of atherosclerosis0.