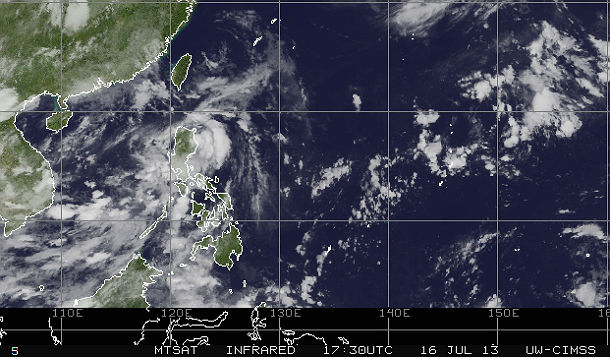 New tropical depression (TD 08W) formed east of the Philippines on July 15/16, 2013. According to latest report by Joint Typhoon Warning Center (JTWC), the center of Tropical Depression 08W was located approximately 182 nm northeastward of Manila, Philippines, and is moving northwestward at speed of 09 knots. Maximum sustained winds are 25 knots with gusts up to 35 knots. Sea surface temperatures are warm enough to support the depression and help it intensify into a tropical storm and track to the northwest, through the Strait of Luzon. 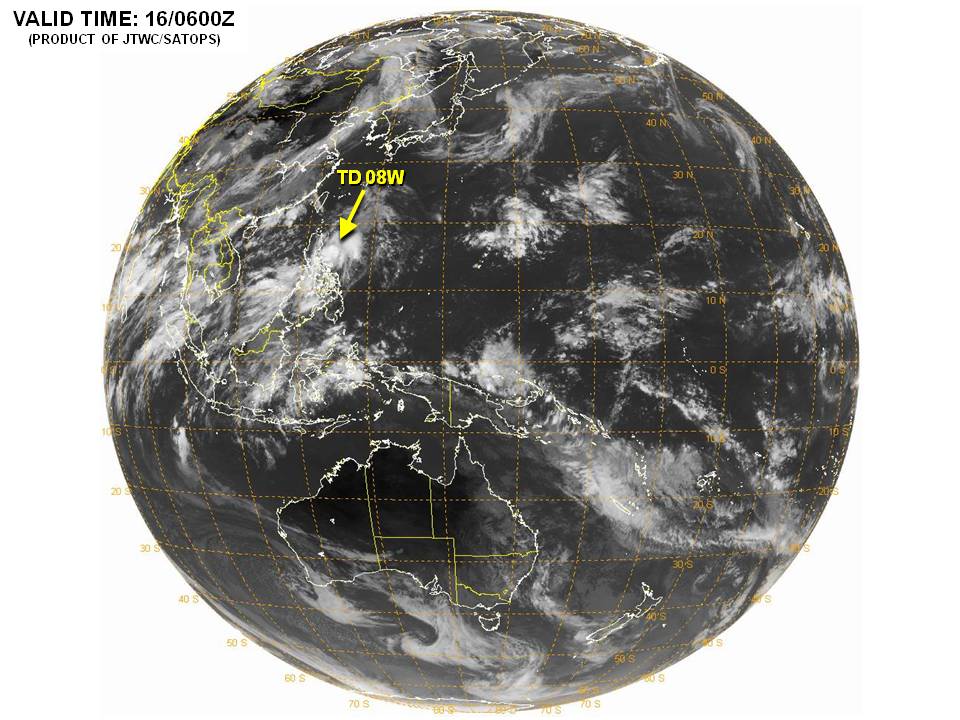 Upper-level analysis indicates a favorable environment with low (05 to 10 knots) vertical wind shear and radial outflow. TD 08W is expected to continue to track northwest along the periphery of the subtropical ridge through the next 36 hours, staying just south of Taiwan's southern coast. 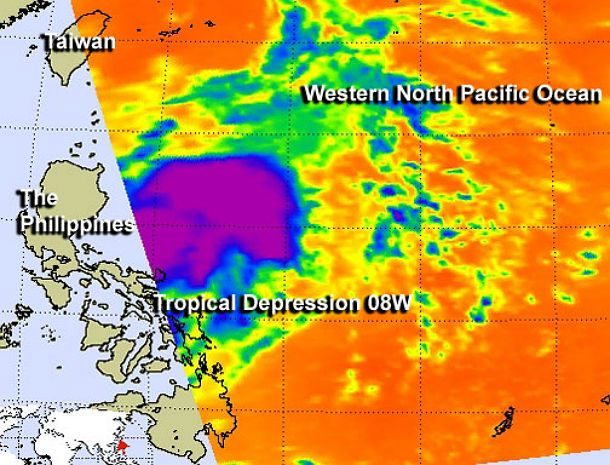 The Atmospheric Infrared Sounder or AIRS instrument took an image of TD 08W on July 16 at 04:35 UTC. The AIRS infrared image showed a large area of strong thunderstorms appeared mostly east of the center of circulation.  (Credit: NASA JPL/AIRS/Ed Olsen)

The system will begin to weaken due to its proximity to Taiwan and eventual landfall into China. The system is expected to move more northward track into eastern China, making landfall after the next 72 hours. C. After making landfall across eastern China, TD 08W is expected to take a more north-northeast track into the Yellow Sea. The depression will bring heavy rains and gusty winds to all of those areas and residents should be on guard for flooding. 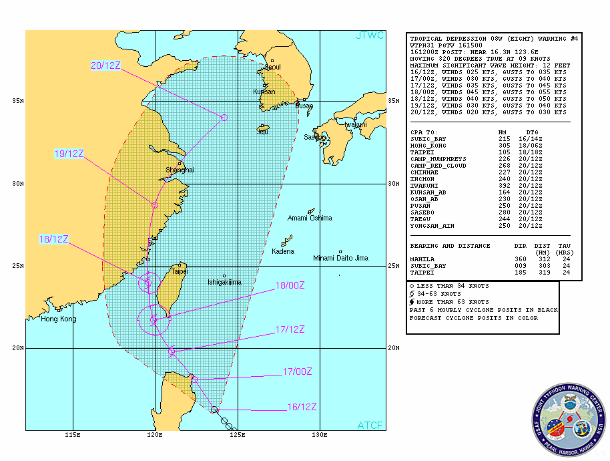 Unfavorable conditions of cool sea surface temperatures (bellow 26 degrees Celsius), increasing vertical wind shear and the prior land interaction with China will lead to the systems dissipation by July 20/21, 2013.