The epicenter was also 17 km (10.6 miles) NW from the summit of Peru's most active volcano, Sabancaya.

Latest records in the GVP's database are from May 2013:

On May 10 Instituto Geofísico de Perú (IGP) reported that results of an interferogram of Sabancaya, provided by a collaborator at Cornell University, showed that an area of deformation (subsidence of 7 cm centered at 6 km NE of the crater) was coincident with the main area of seismicity. Volcano-tectonic (VT) earthquakes continued to dominate the seismic signals, although long-period (LP) events continued to be detected. There was also an increase of hybrid events. On May 10, a M4 VT event occurred 15 km W and fumarolic activity increased, with plumes rising 1.2 km high.

The name of 5967-m-high Sabancaya (meaning "tongue of fire" in the Quechua Indian language) first appeared in records in 1595 AD, suggesting activity prior to that date. Records of historical eruptions of Sabancaya date back to 1750.

Landslides were reported near the epicenter area blocking roads.

Cabanaconde:
16 houses collapsed or severely damaged
3 people slightly injured
– Civil Defense services and authorities are currently clearing the roads from landslides and debris
– Authorities are installing tents, temporary shelter for those families unable to return to their houses.
– 16 aftershocks have been reported a little while ago 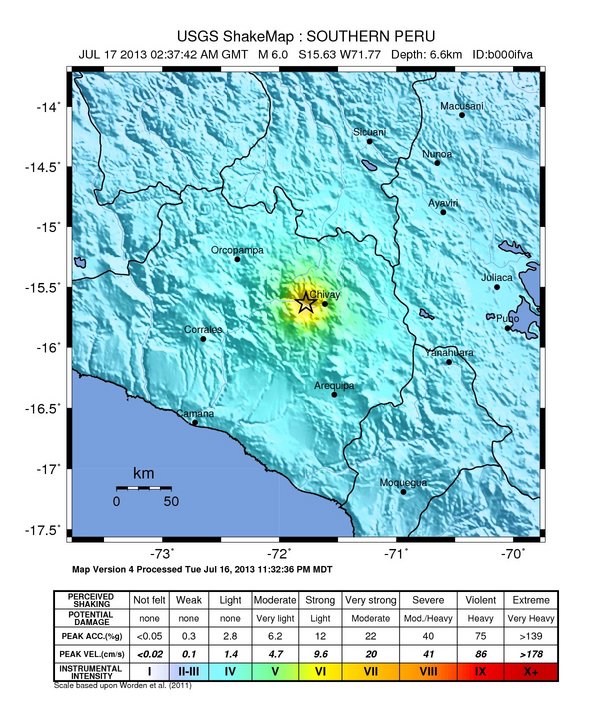 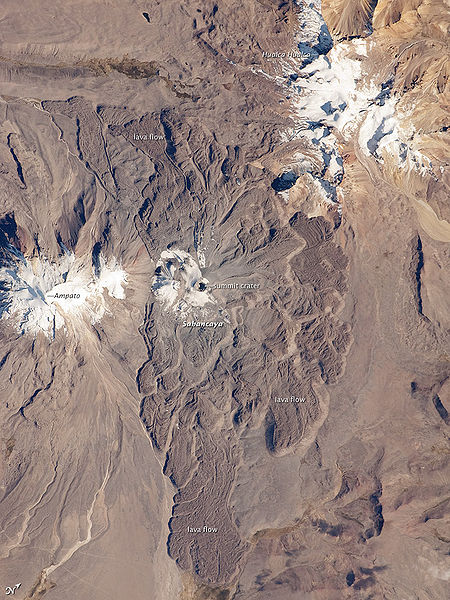