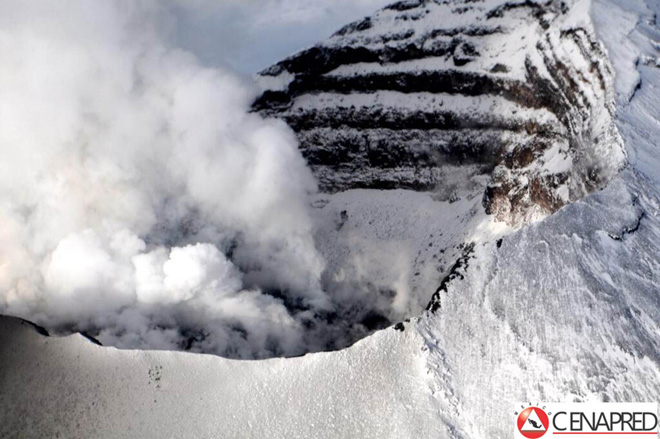 According to the latest report by CENAPRED on July 12, 2013 during the last 24 hours the monitoring system at Popocatepetl volcano registered 67 exhalations, some of which were followed by ash emissions, nevertheless the cloud cover did not permit corroboration of this. Additionally 4.5 hours of high-frequency tremor were recorded. 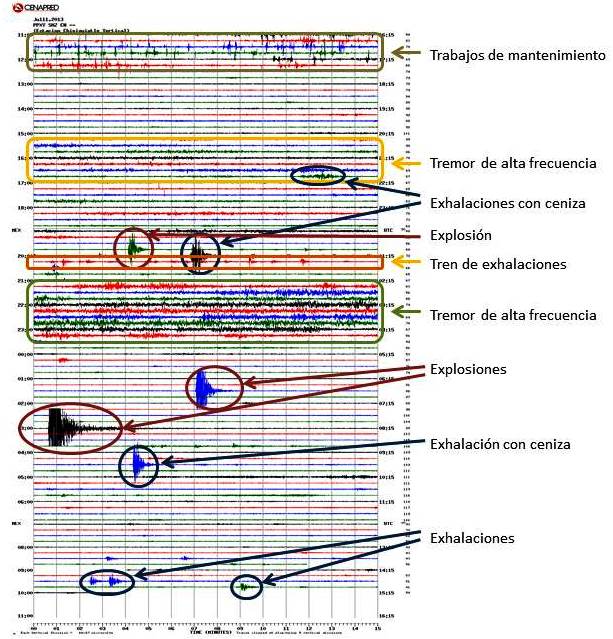 CENAPRED reports that on July 12, 2013 at 00:49, 06:37 and 08:00 UTC medium sized explosions were recorded, which ejected incandescent fragments up to 2 km from the crater on the eastern flank and 1 km on the northern flank. 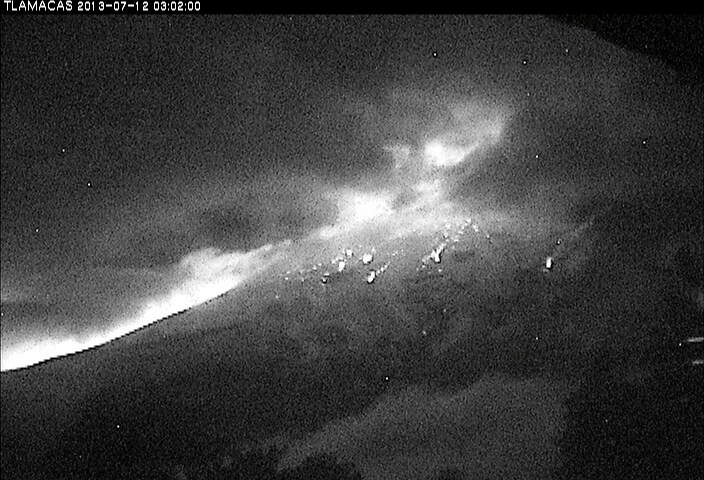 In the early hours of July 12, 2013 a light plume with water vapor, gases and small amounts of ash heading west, was observed at the volcano. 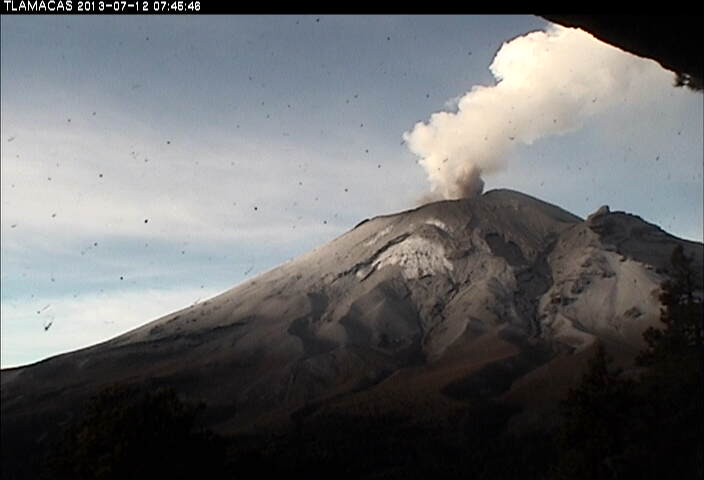 On July 10, 2013 CENAPRED with the aid of the Mexican Navy made an overflight over the crater, during which the presence of a lava dome, 250 m in diameter and 20 m thick, was confirmed. On the images obtained, numerous impacts of ballistic fragments could also be seen over the snow on the outer flanks of the volcano.

The Volcanic Alert Level is at Yellow, Phase 3.

1. Access is restricted within a radius of 12 km from the crater. Permanence in this area is not allowed.

2. The road between Santiago Xalitzintla (Puebla) and San Pedro Nexapa (Mexico State), including Paso de Cortes, is open only to controlled traffic.

3. To the authorities of Civil Protection, maintain preventive procedures, according to operative plans.

4. To the population, be aware of the official information emitted.