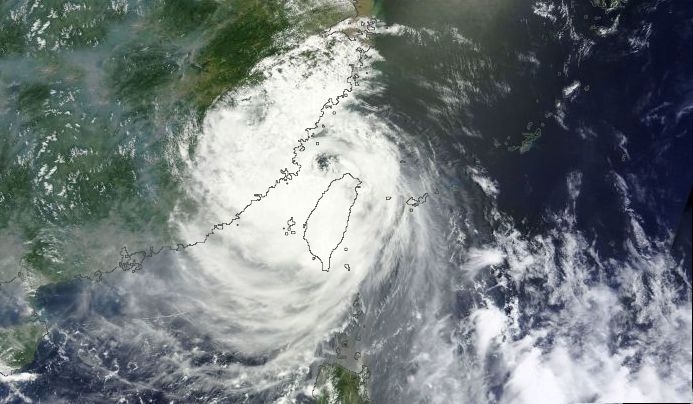 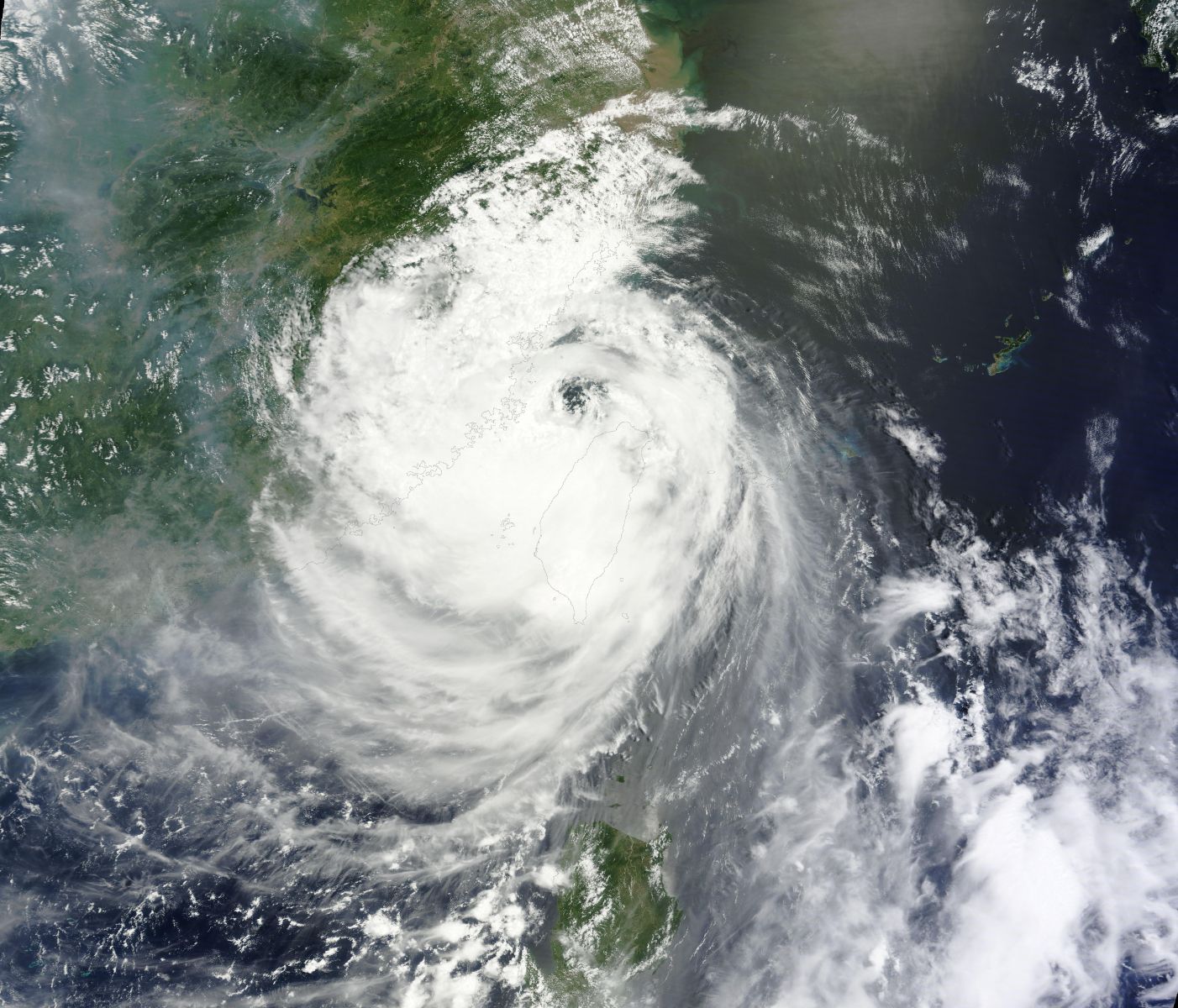 As the system continues to track west towards Fuzhou, China heavy rainfall will continue to batter much of central and northern Taiwan, causing flash flooding and mudslides.Taiwan’s Central Weather Bureau reports maximum accumulated rainfall amount of 743 mm at Wufeng Township, Hsinchu County. The bureau estimated that the aggregate rainfall in the mountainous areas in Hsinchu, Miaoli, Nantou and Chiayi counties could top 1,000 mm. 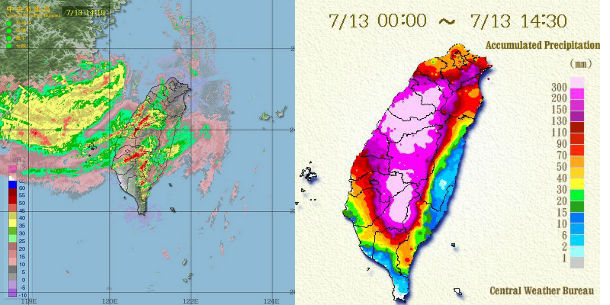 According to latest report by Joint Typhoon Warning Center (JTWC), the center of Typhoon Soulik was located 45 nm west- southwestward of Taipei, Taiwan. The system is moving westward at speed of 14 knots. Current maximum sustained winds are 75 knots (138 km/h) with gusts up to 90 knots (166 km/h). 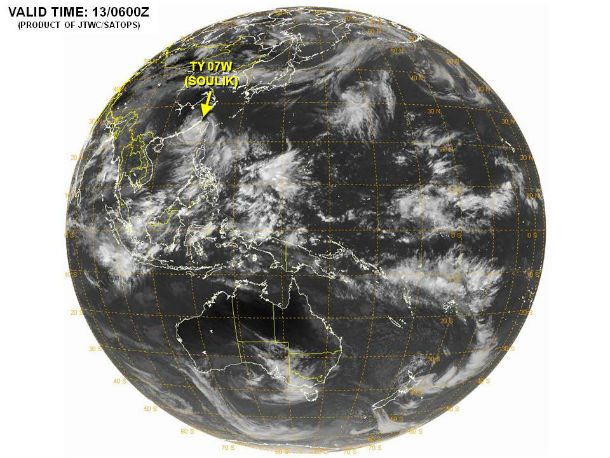 MTSAT-2 visible satellite imagery show Typhoon Soulik in Taiwan Strait after made its first landfall on July 13, 2013 at 01:32 UTC and closer look at 04:32 UTC (Credit: NOAA/MTSAT)

Typhoon Soulik is forecast to quickly track northwestward across the Taiwan Strait. The system will make landfall over eastern China in the next 12 hours with maximum sustained winds of approximately 65 knots (120 km/h). ​Soulik is not expected to strengthen significantly in the Taiwan Strait, because of the relatively cooler sea surface temperature (about 2 degrees cooler in the Strait) and the increased forward speed of the storm which is not conducive to storm intensification. 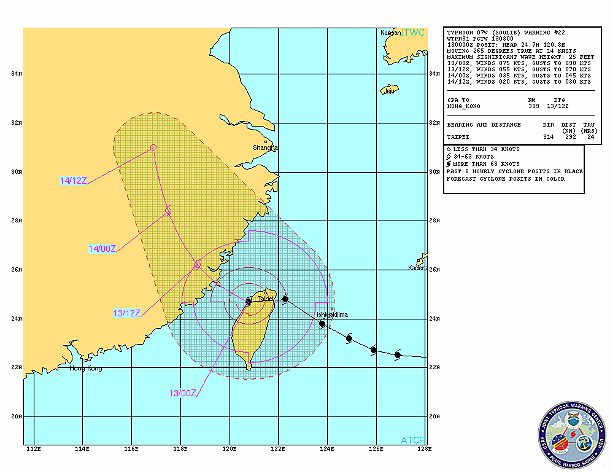 Soulik is expected to make its second landfall in Fujia, China on July 13 as a weak Category 1 storm with a wind speed of 65 knots. After second landfall, Soulik is expected to begin a northward turn as it rounds the steering subtropical ridge. The system will dissipate as a significant tropical cyclone over land after the next 36 hours due to frictional effects. Soulik is the sixth named storm and the first Super Typhoon of the 2013 Western North Pacific Typhoon Season. 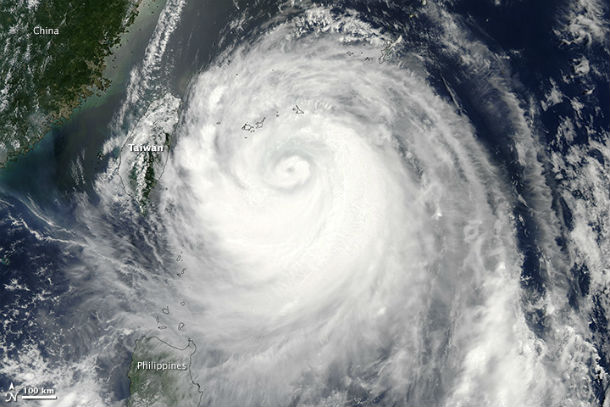