Tropical Cyclone Rusty made landfall in northwestern Australia in late February 2013, coming ashore east of Port Hedland and bringing strong winds to the community of Pardoo. Rusty's heavy rainfall forced Australian Bureau of Meteorology to issue a flood warning for the catchment of the De Gray River on March 4, 2013.

Flooded rivers typically carry heavy loads of sediment, and a sediment plume appeared at the river mouth on March 3/4, 2013. MODIS on NASA’s Aqua satellite captured natural-color imagery of the sediment plume on March 3. 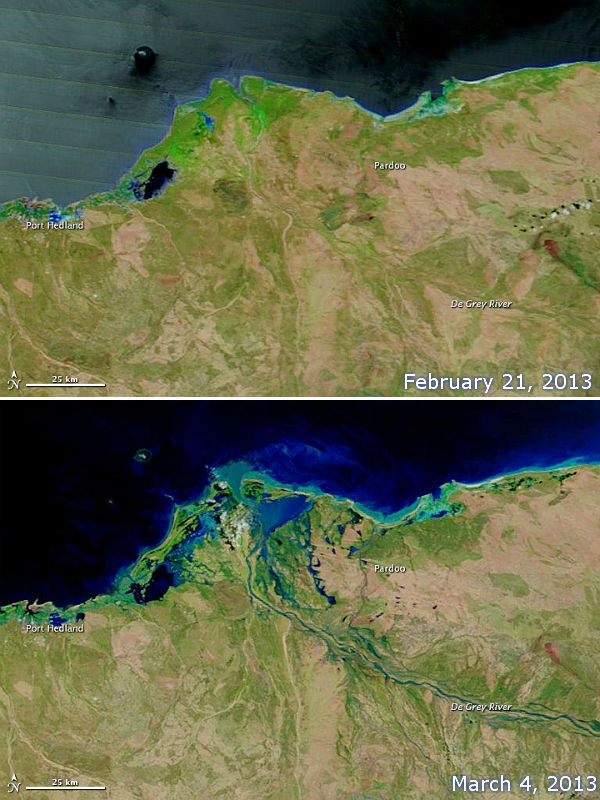 Lake Disappointment also underwent a significant transformation, thanks to heavy rains from Tropical Cyclone Rusty. It is a large, saline lake in the Gibson Desert of northwestern Australia. Although the lake is salty, Lake Disappointment provides a refuge for many species of waterfowl. Rainfall also prompts rapid growth of vegetation in this usually arid region. 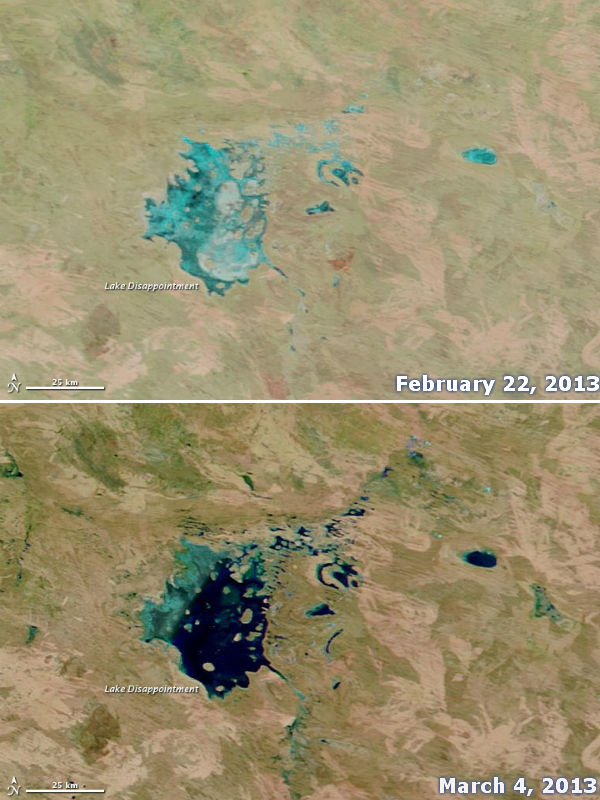 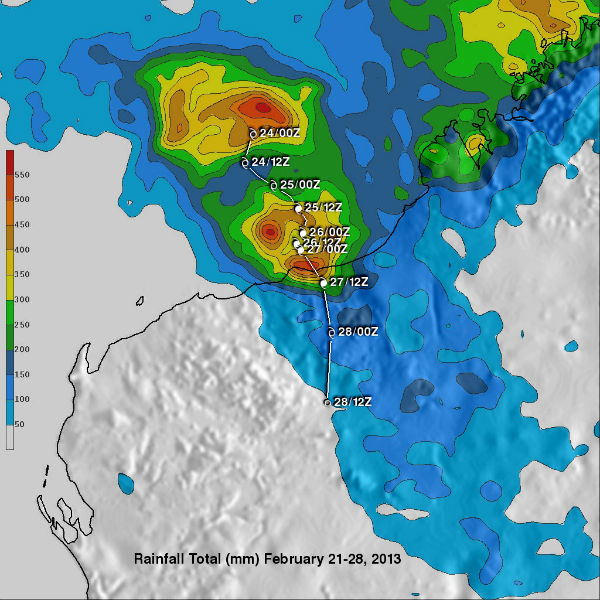 Rainfall totals in association with tropical cyclone Rusty are shown for the period from February 21-28, 2013. Rusty's approximate 00:00 UTC and 12:00 UTC positions are shown overlaid in white. This analysis indicates that the heaviest rainfall of close to 600mm (~23.6 inches) fell in the Indian Ocean off the Australian Coast but rainfall totals of over 500mm (~19.7 inches) are also shown along the coastal area where Rusty made landfall. This analysis shows that Rusty also spread rainfall totaling over 50mm (~2 inches) far inland from the center of the tropical cyclone's circulation. (Credit: NASA/TRMM)