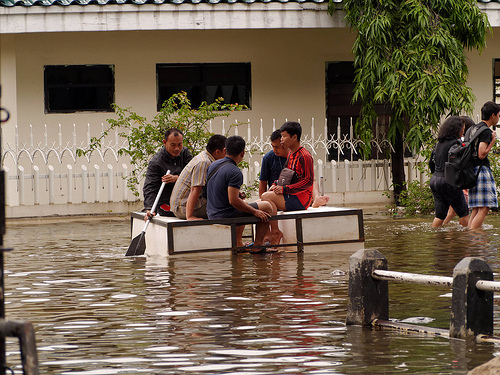 Cloud seeding, a weather modification technique, is commonly used to encourage rainfall in arid regions by dispersing substances into the air. But Indonesian government is using it to avoid further floods by redirecting rain to the ocean and claims their attempt has been successful. 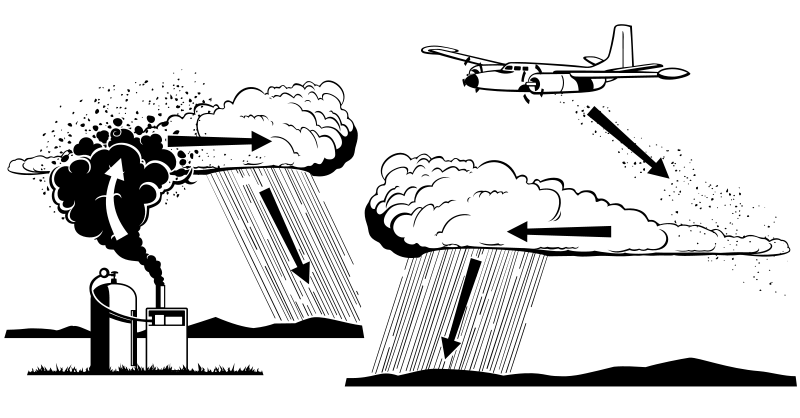 Cloud seeding, a form of weather modification, is the attempt to change the amount or type of precipitation that falls from clouds, by dispersing substances into the air that serve as cloud condensation or ice nuclei, which alter the microphysical processes within the cloud. The usual intent is to increase precipitation (rain or snow), but hail and fog suppression are also widely practiced in airports.
The most common chemicals used for cloud seeding include silver iodide and dry ice (solid carbon dioxide). Credit: Wiki

Indonesian scientists speculated that inducing clouds over ocean before they reach Jakarta will prevent further flooding of the city. Following government orders, military planes carrying tonnes of salt began the cloud seeding operation scattering salt onto rain clouds across the ocean. Tri Handoko Seto, a top official of the Weather Modification Technical Unit of the Agency for the Assessment and Application of Technology, told SciDev.Net,

“We are mimicking nature. It is easy to make rain in most clouds above the sea. We found out that salt from sea water, which evaporates from the sea, accelerates the rain process because it encourages the cloud particles to adsorb water.”

During recent years, Indonesia has repeatedly faced deadly floods and landslides, causing losses of lives and property. 32 people had died and 46,000 were forced to flee due to floods in Jakarta this January, more deaths were registered in February.

Government claims their attempt has been fruitful as heavy rain and flooding predicted by meteorologists from January 26-29 onward was tamed. Yet skeptics say it doesn’t prove most clouds didn’t reach mainland because of the experiment – maybe the rain wouldn’t have reached Jakarta anyway. However, Seto says,

“We have conducted an evaluation using the data in our radar device, which records cloud development and movement. From our analysis, cloud seeding contributed to the decrease of rainfall in Jakarta during this period.”

This cloud seeding operation is expected to continue for another month during the rainy season.

Nations have been experimenting cloud seeding for decades now, learn more about it here.