Gino formed as a tropical storm over the southern Indian Ocean on February 11, 2013, and strengthened into a cyclone the next day. On February 14, the U.S. Navy’s Joint Typhoon Warning Center (JTWC) reported that Gino was located roughly 1,110 nautical miles (2,055 kilometers) south-southeast of Diego Garcia. The storm had maximum sustained winds of 70 knots (130 kilometers per hour), with gusts up to 85 knots (155 kilometers per hour). The JTWC forecast that the storm would weaken over the next 24 hours. 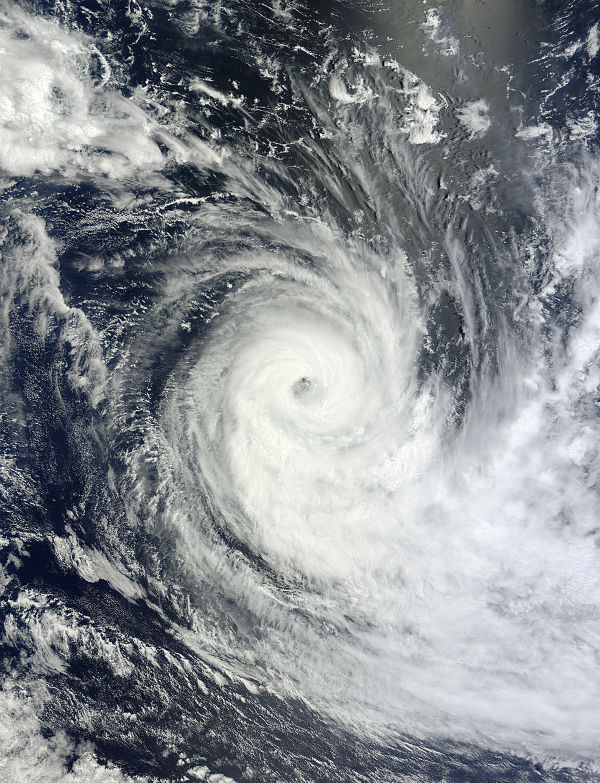 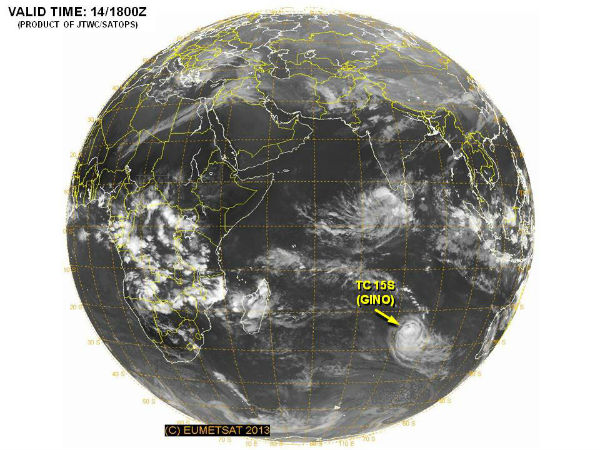