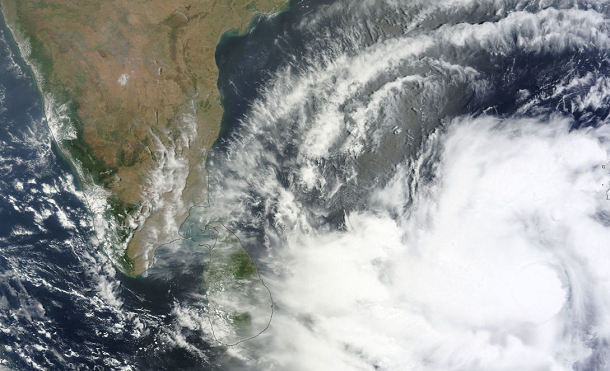 Tropical Cyclone Mahasen (TC 01B) is getting better organized. Winds are predicted to increase to hurricane force as the system moves further northward into the Bay of Bengal. TC Mahasen is now located east-nort​heast of Sri Lanka and is expected to impact areas from northeast India to Bangladesh and Myanmar.

According to latest report by Joint Typhoon Warning Center (JTWC), TC Mahasen is located approximately 721 nm southward of Calcutta, India. The system is moving north-northwestward at speed of 6 knots. Maximum sustainable winds are 55 knots with gusts up to 70 knots. 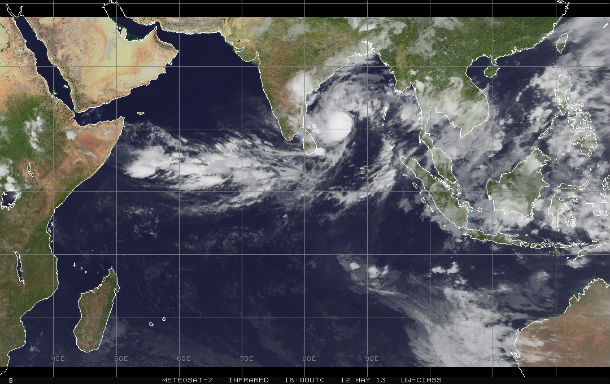 Indian Ocean IR satellite image of the system on May 12, 2013 (Credit: METEOSAT-7/CIMSS)

The cyclone is beginning to round the western edge of the subtropical ridge to the east. It is expected to slow down over the next 24 hours as it makes the turn before recurving northeastward on the poleward side of the ridge axis. TC Mahasen will gradually intensify as the vertical wind shear relaxes along the ridge axis. Additionally, the poleward outflow is expected to open up as the system becomes exposed to the prevailing westerlies.

Animated infrared satellite imagery shows the system has regained a central dense overcast feature that has, once again, obscured the low level circulation center. Upper level analysis indicates the system is 7 degrees south of the ridge axis in an area of moderate (20 knot) easterly vertical wind shear. However, the vertical wind shear is offset by robust westward outflow.

After the next 72 hours, TC Mahasen will gradually weaken as vertical wind shear increases before making landfall near Chittagong, Bangladesh. Land interaction will rapidly erode and dissipate the system. 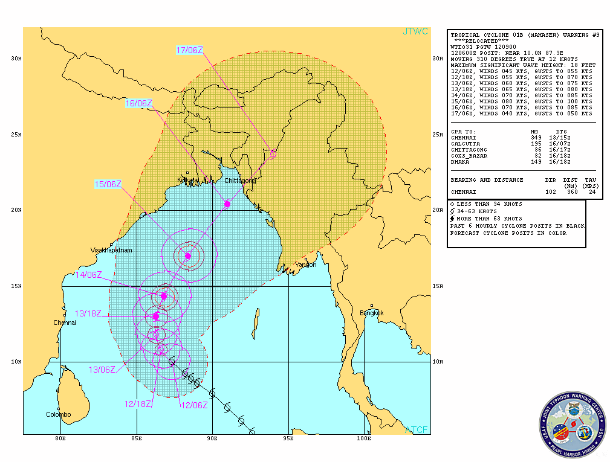 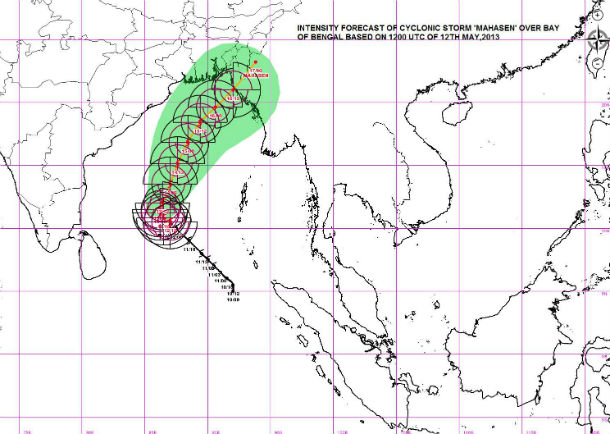 Parts of Bangladesh and northeast India have received 6-12 inches of rainfall during the past week, so additional heavy rainfall from a tropical cyclone would likely produce widespread flooding and possible mudslides. Chittagong, coastal city of 2.5 million people in Bangladesh, received more than 15 inches of rain in the past 8 days. 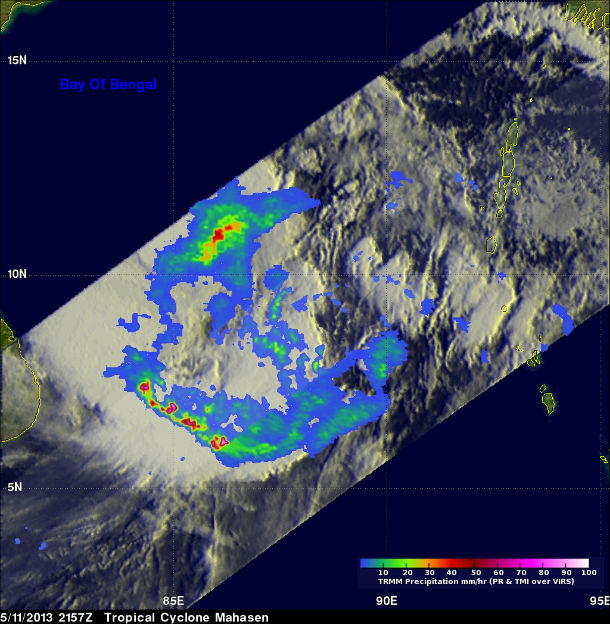 The TRMM satellite flew almost directly above intensifying Tropical Cyclone Mahasen late on May 11, 2013. TRMM PR data found that the heaviest rainfall was falling at a rate of over 142 mm/h (~5.6 inches) in a band of powerful storms well to the southwest of Mahasen's center. (Credit: NASA/TRMM) 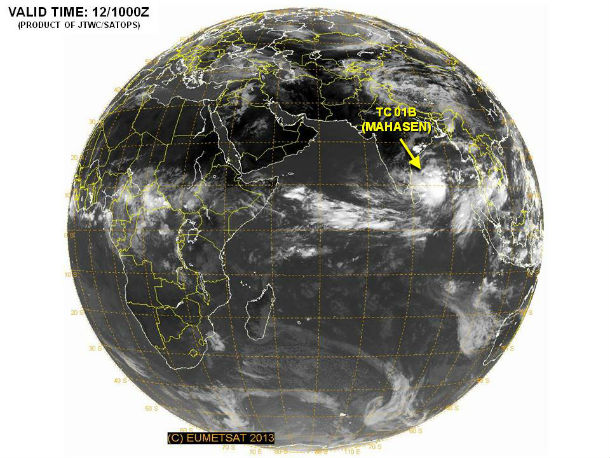