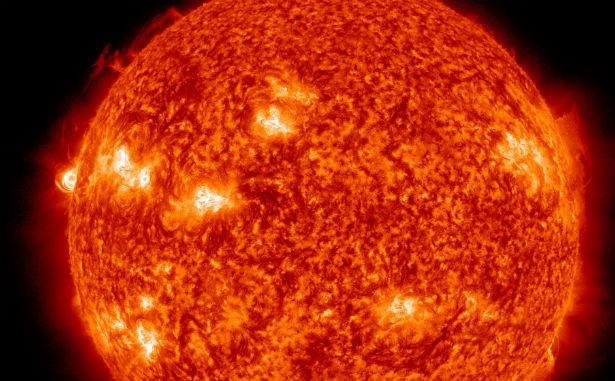 This was the strongest solar flare of the year so far.

Strong R3 radio Blackout alert signals possible wide area blackout of HF radio communication, loss of radio contact for about an hour on sunlit side of Earth and degradation of low-frequency navigation signals for about an hour.

Type II Radio Emission occur in association with eruptions on the sun and typically indicate a coronal mass ejection is associated with a flare event.

This new region is currently very active and it should begin to rotate into view within the next 24 hours. Considering its location any associated Coronal Mass Ejection (CME) should be directed away from Earth. 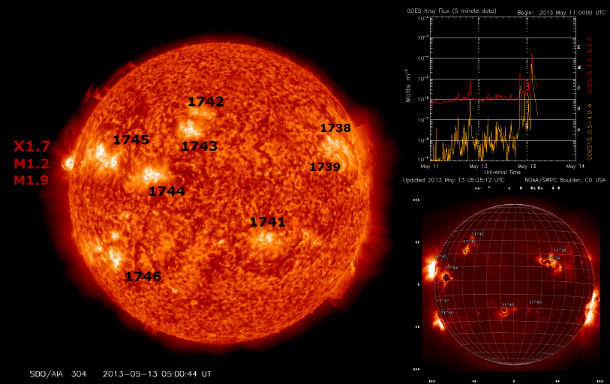 There are currently 10 numbered regions on the disk. Regions 1745 and 1746 have Beta-Gamma magnetic configuration and are capable of producing more strong flares, and six more active regions developed Beta magnetic field and are coming into center of the disk in the coming days.

The same region that produced X1.7 flare today erupted with another flare peaking at 12:03 UTC. The latest event was registered as M1.3.