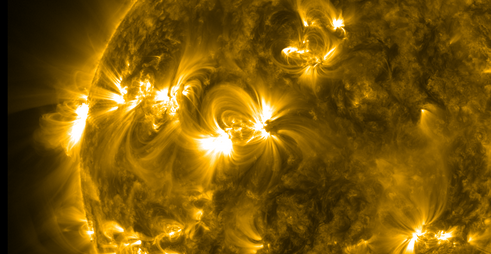 The Sun is showing real solar-maximum-like activity today. After 2 moderate solar flares last night, an X1.7 erupted at 02:15 UTC. It was followed by another M-class at 12:03 UTC and numerous C-class flares.

At 15:48 UTC, on May 13, 2013, a second major eruption started. Peak time was reached at 16:05 UTC and was measured as X2.86 solar flare. The source was again, an active region located around the eastern limb. This region will most likely continue to produce eruptions as it turns into Earth view today.

A 10cm Radio burst was associated with the event. A type II and type IV radio emissions were also associated.  Type IV emissions occur in association with major eruptions on the sun and are typically associated with strong Coronal Mass Ejections and solar radiation storms.

This was second major solar flare of the day. The first one was strongest this year, this second one was even stronger and now holds the record of strongest solar flare this year so far. 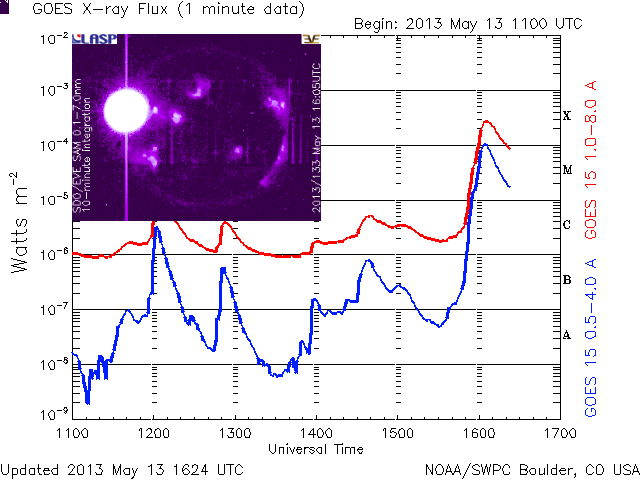 There are currently 10 active regions on the disk. Two of them have Beta-Gamma magnetic field but we are still not seeing any larger eruption from them. 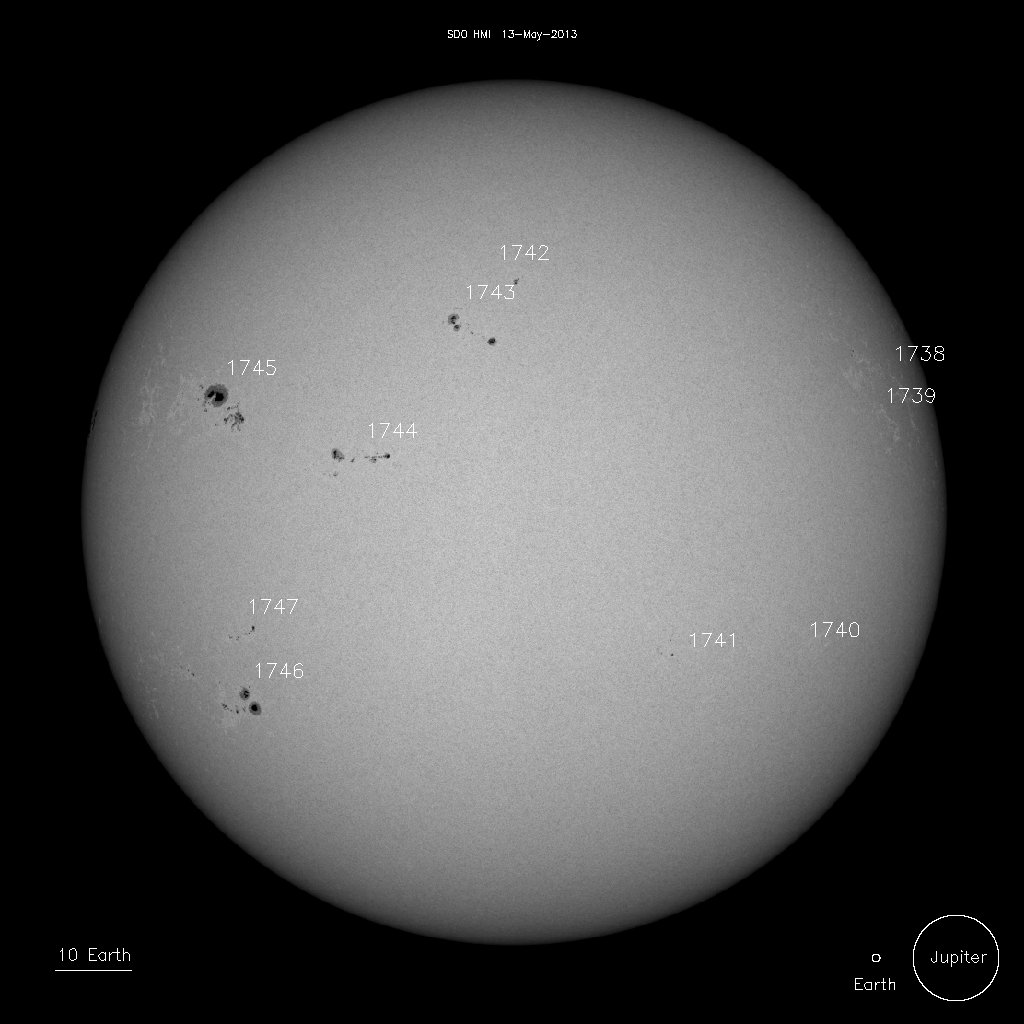 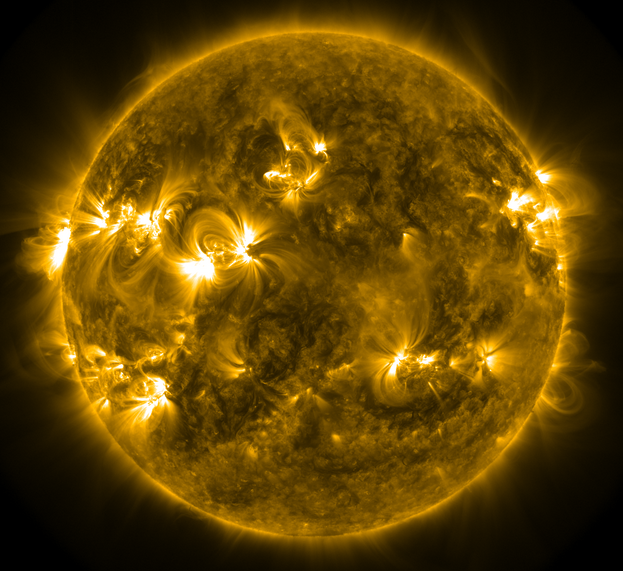