Extremely Severe Cyclonic Storm "Amphan" has left a trail of destruction in the state of Odisha before making landfall between Digha in West Bengal and Hatiya island in Bangladesh around 09:00 UTC (14:30 LT) on Wednesday, May 20, 2020. Around three million people in both countries have already been evacuated. Amphan is the first named storm of the 2020 North Indian Ocean cyclone season and the first super cyclonic storm in the Bay of Bengal since the 1999 Odisha cyclone. 2020 is the second year in a row featuring a super cyclonic storm, the previous year seeing Kyarr in the Arabian Sea.

Storm surge of about 4 to 5 m (13 – 16 feet) above Astronomical Tide is likely to inundate low lying areas of south and north 24 Parganas and about 3 to 4 m (10 – 13 feet) over the low lying areas of East Medinipur District of West Bengal during the time of landfall. 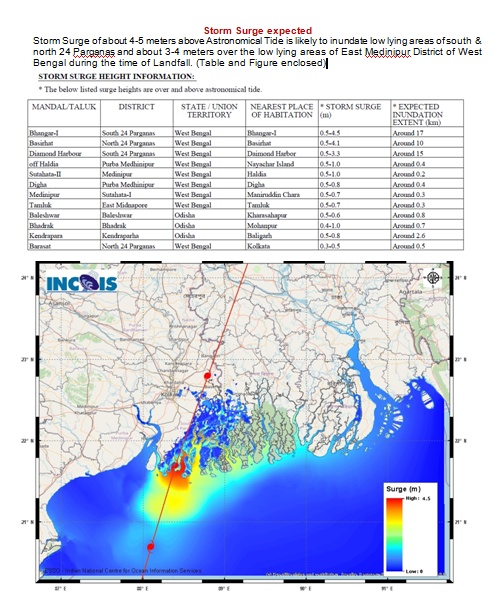 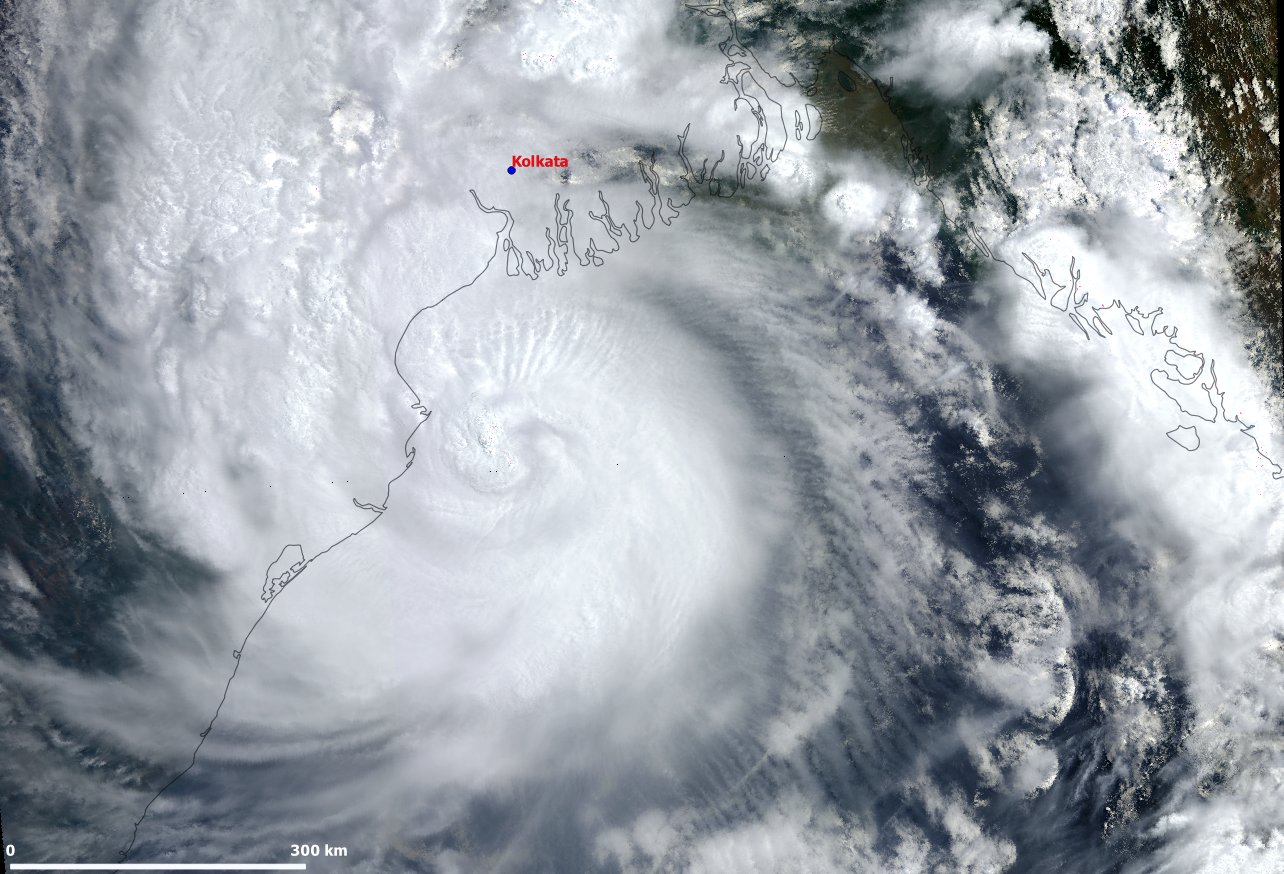 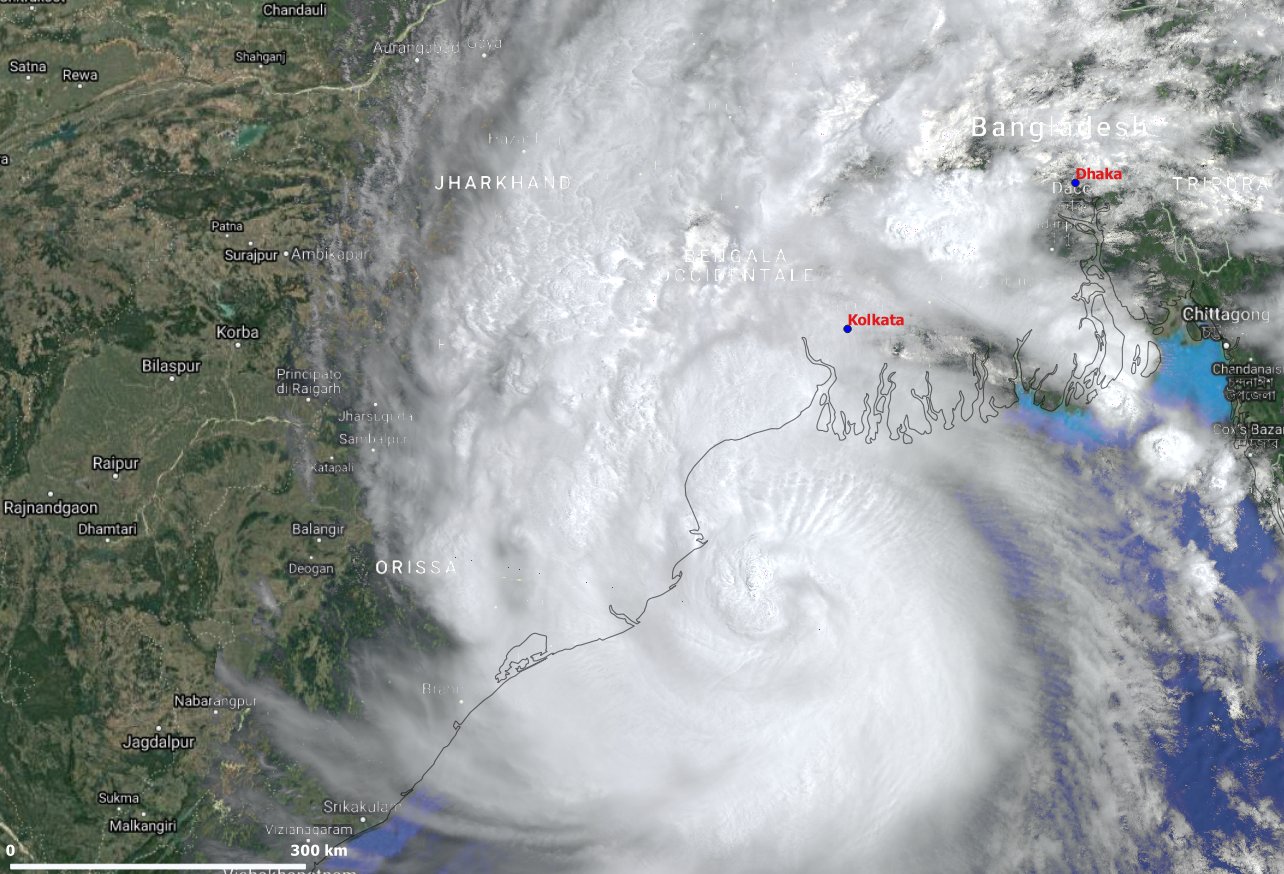 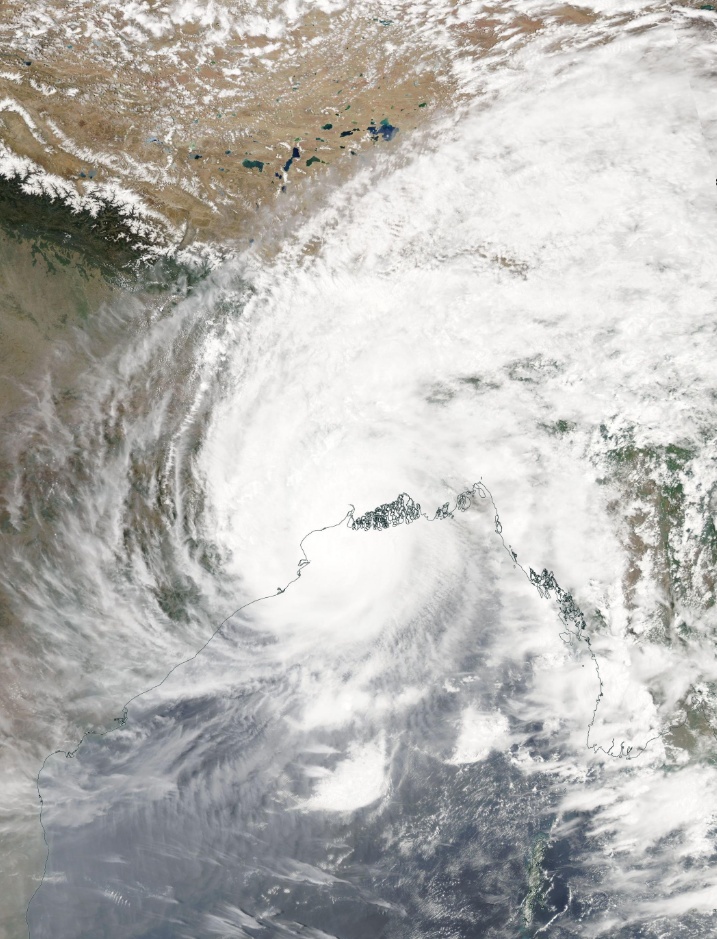 Odisha government authorities reported two fatalities in the districts of Bhadrak and Kendrapara.

Three members of the same family sustained injuries when tree branches collapsed on their hose in Balasore. IMD senior bureaucrat said the state is facing wind speeds between 100 to 110 km/h (62 to 68 mph).

In Bangladesh, a Red Crescent volunteer died when a boat capsized while evacuating villagers in the path of the cyclone. "There were four of them on the boat when it sank," said Nurul Islam Khan, director of Cyclone Preparedness Program of the Bangladesh Red Crescent.

Video from Digha and Kolkata ( West Bengal) #Pray for the safety and well being of all those living in the costal areas of #Odisha and #Bengal .

Authorities said they are trying not to crowd the shelters to its full capacity in fears of catching the coronavirus. "We are fighting a war on two fronts," said police officer Rajesh Pandit. "First to evacuate people, and then to make sure that they don’t catch the infection." 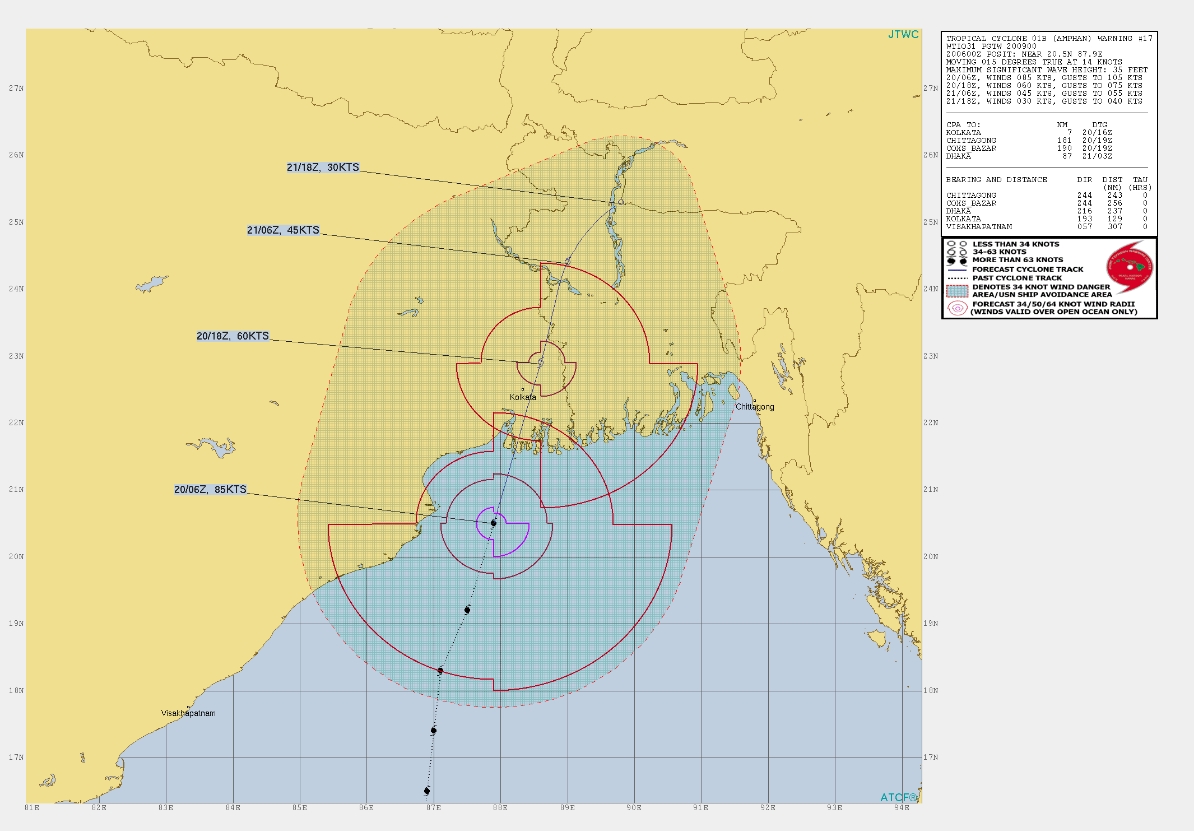 According to the India Meteorological Department (IMD), the landfall process, triggering copious rain and gusty winds in Odisha and Bengal, is expected to continue for around two to three hours and is very likely to keep moving north-northeastwards.

This led to instant blackout of Jadavpur area. Nothing stops force of nature! Stay home and stay safe! pic.twitter.com/bNEPjeCyWx