Tropical Cyclone "Eunice" formed on January 28 over the open waters of South Indian Ocean and rapidly intensified. Eunice is a powerful storm, however, it is located far from any land.

According to JTWC warning issued 00:00 UTC today, Eunice had maximum sustained (1-minute) average wind speed of 259 km/h (161 mph) and wind gusts of 314 km/h (195 mph). On Saffir-Simpson Hurricane Wind Scale this would be a Category 5 hurricane, the strongest. Its maximum significant wave height at the time was 11.5 meters (38 feet).

JTWC expects Eunice to continue intensifying during the next 24 hours to a maximum intensity of 277.8 km/h (172.6 mph). It is expected to begin its extra-tropical transition within 5 days. 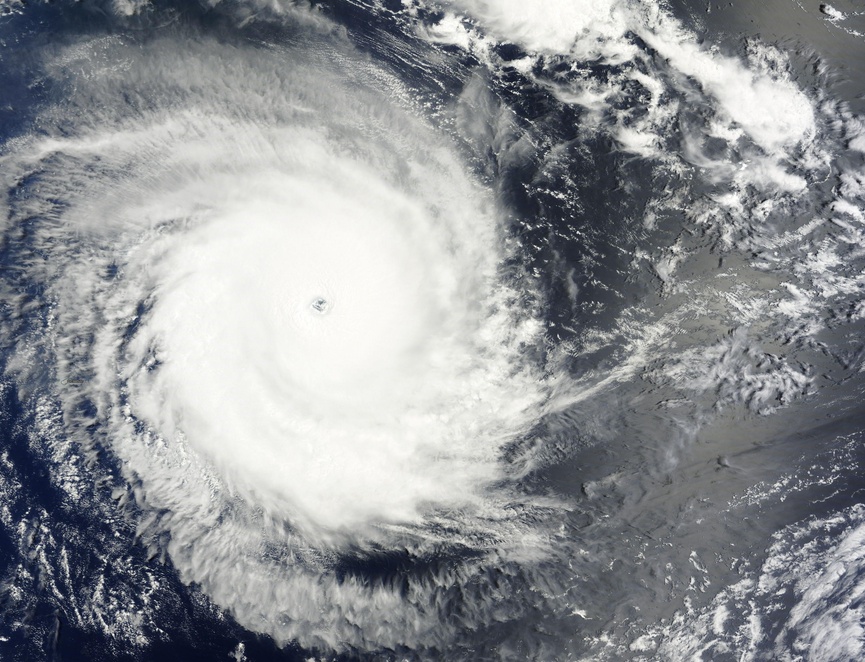 Meanwhile, what's left of once Moderate tropical storm "Diamondra" is tracking to the SE.

Between 00:00 and 06:00 UTC today, Diamondra has lost its purely tropical characteristics and became a post-tropical depression. 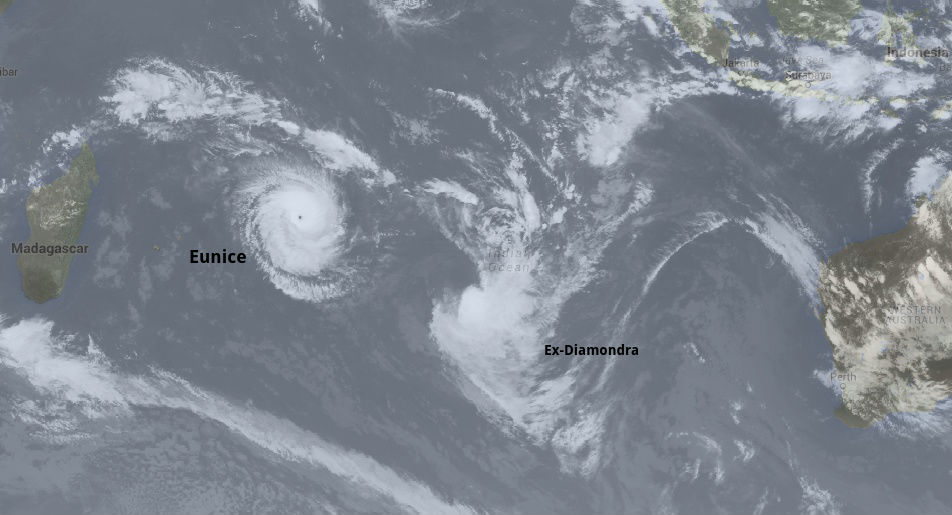 Diamondra is expected to complete its extra-tropical transition later this weekend. 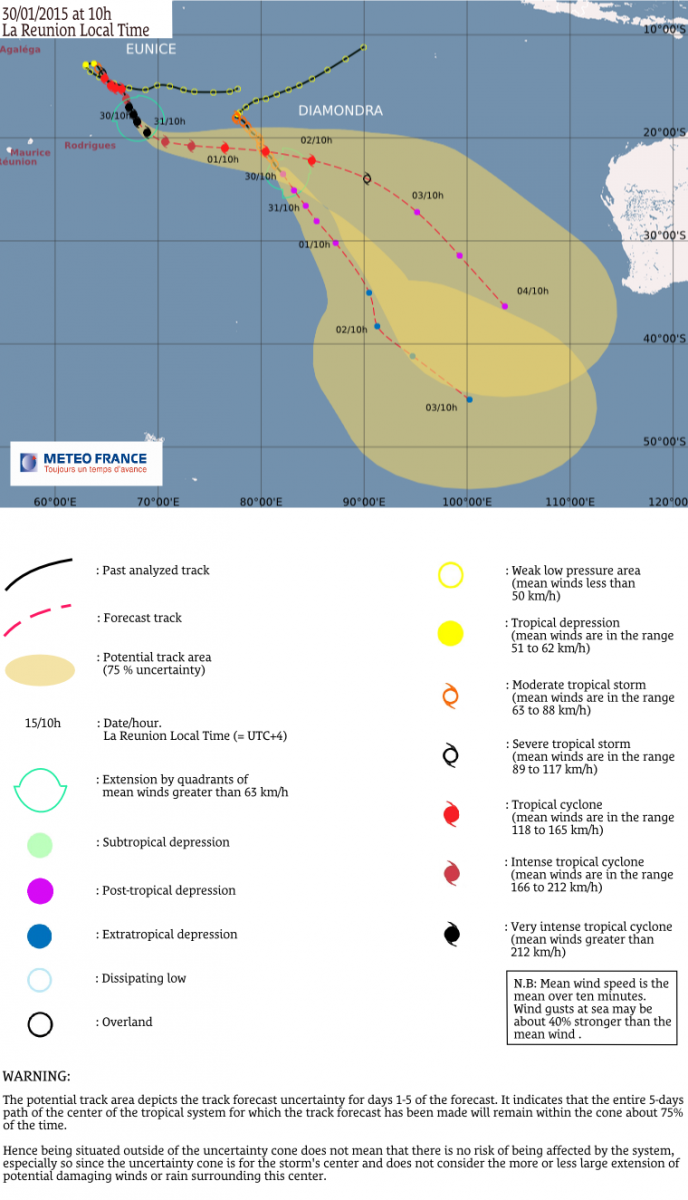