As with all the previous M-class flares from this region in the past few days, this latest event had no associated radio signatures that would indicate a Coronal Mass Ejection (CME) was produced.

Region 2268 is perfect geoeffective position and Earth-directed CMEs from it are possible in the days ahead. 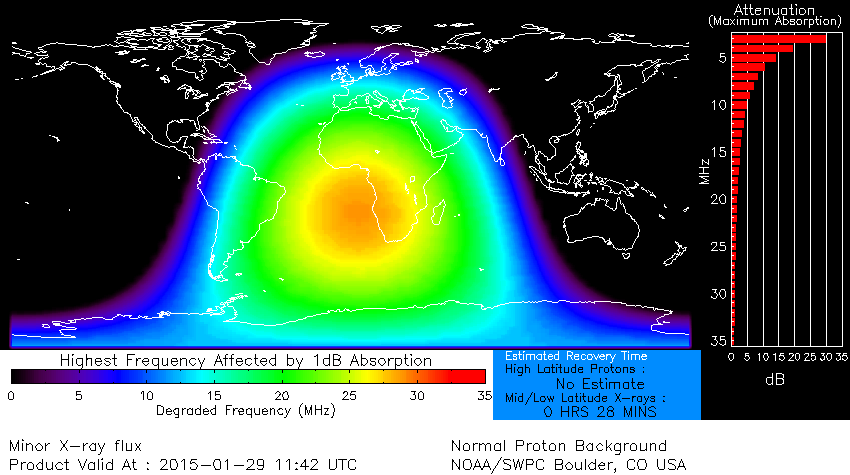 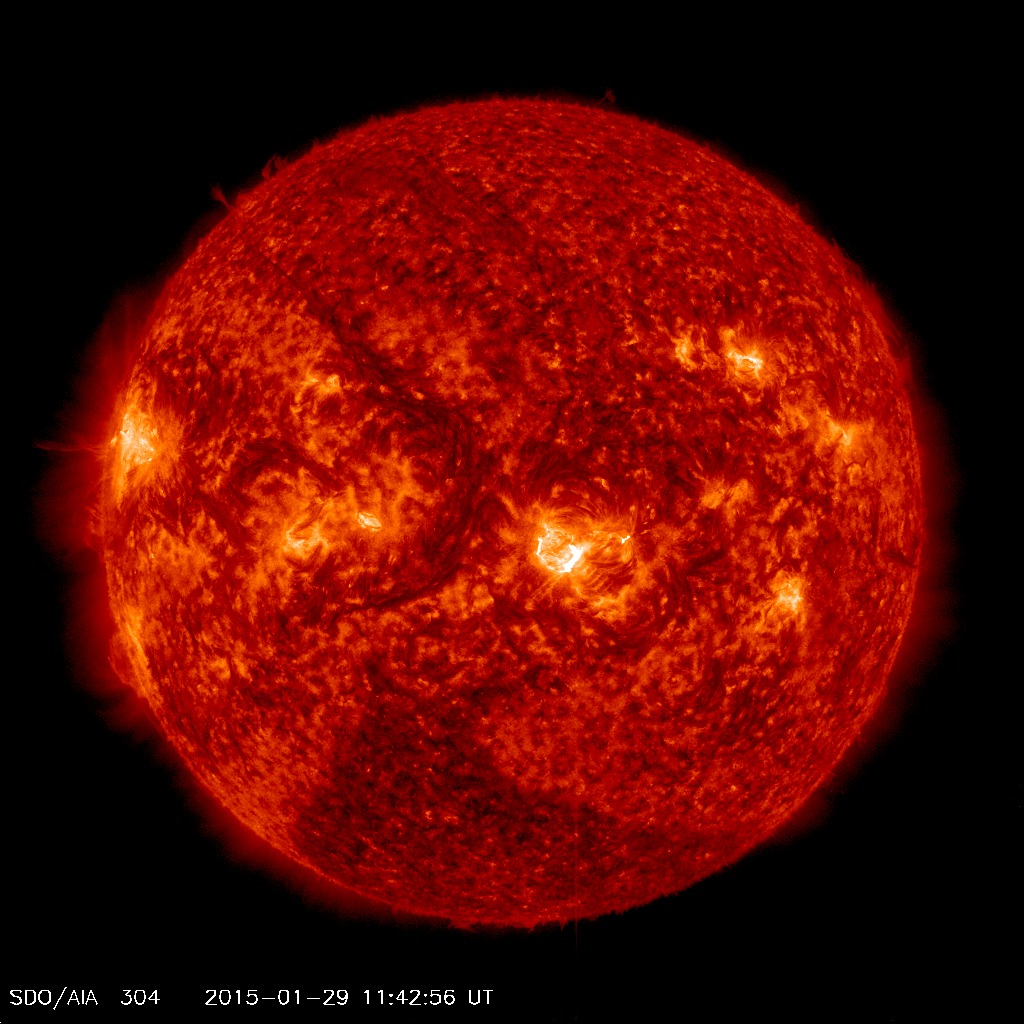 There are currently 9 numbered sunspot regions on the Earth side of the Sun.

Region 2268 (S10W10, Fkc/beta-gamma) continued to exhibit slight growth in its intermediate spot area, as well as increased separation between the intermediate and trailer spots in the last 24 hours.

Region 2277 (N08E64, Fao/beta-gamma) continued to rotate onto the NE limb, exposing even more spots and an increased area of enhanced plage associated with this region.

Region 2271 (N17W37, Dai/beta-gamma) also showed signs of growth in its leader and intermediate spots as it approaches the western limb.

The other regions on the visible disk remain relatively stable. 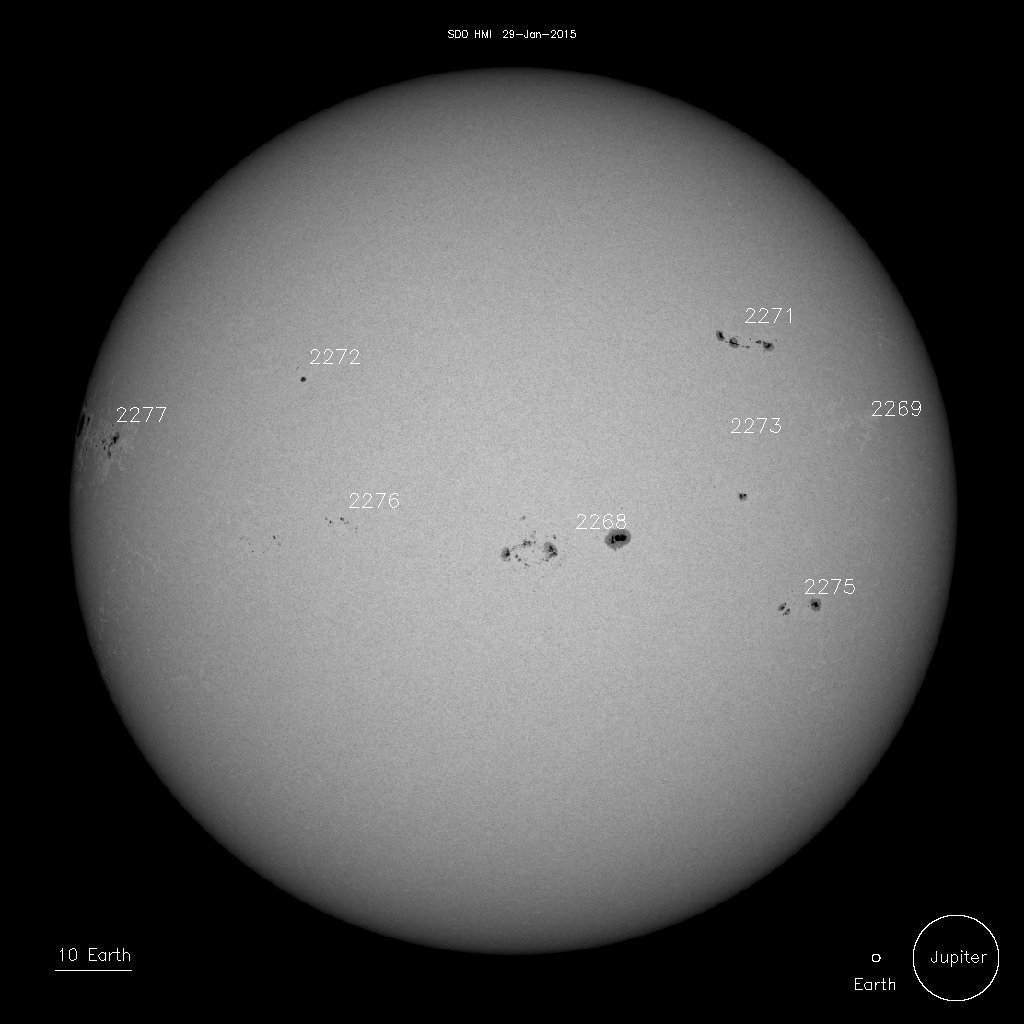 Solar activity is expected to be at low levels with a chance for isolated M-class (R1-R2, Minor-Moderate) flares and a slight chance for R3-Strong activity over the next three days (January 29 – 31). Most of the increased flare activity is likely to originate from Regions 2268 and 2277 as they maintain their large size and complex magnetic structures.

The greater than 2 MeV electron flux at geosynchronous orbit is forecast to be at normal to moderate levels through the same period while the greater than 10 MeV proton flux is expected to remain at or near background levels (Below S1-Minor).

Solar wind parameters are disturbed and are expected to remain like that over the next three days. Additional speed enhancements are possible on January 30 and 31 with solar wind speeds potentially reaching the 450 to 550 km/s range. 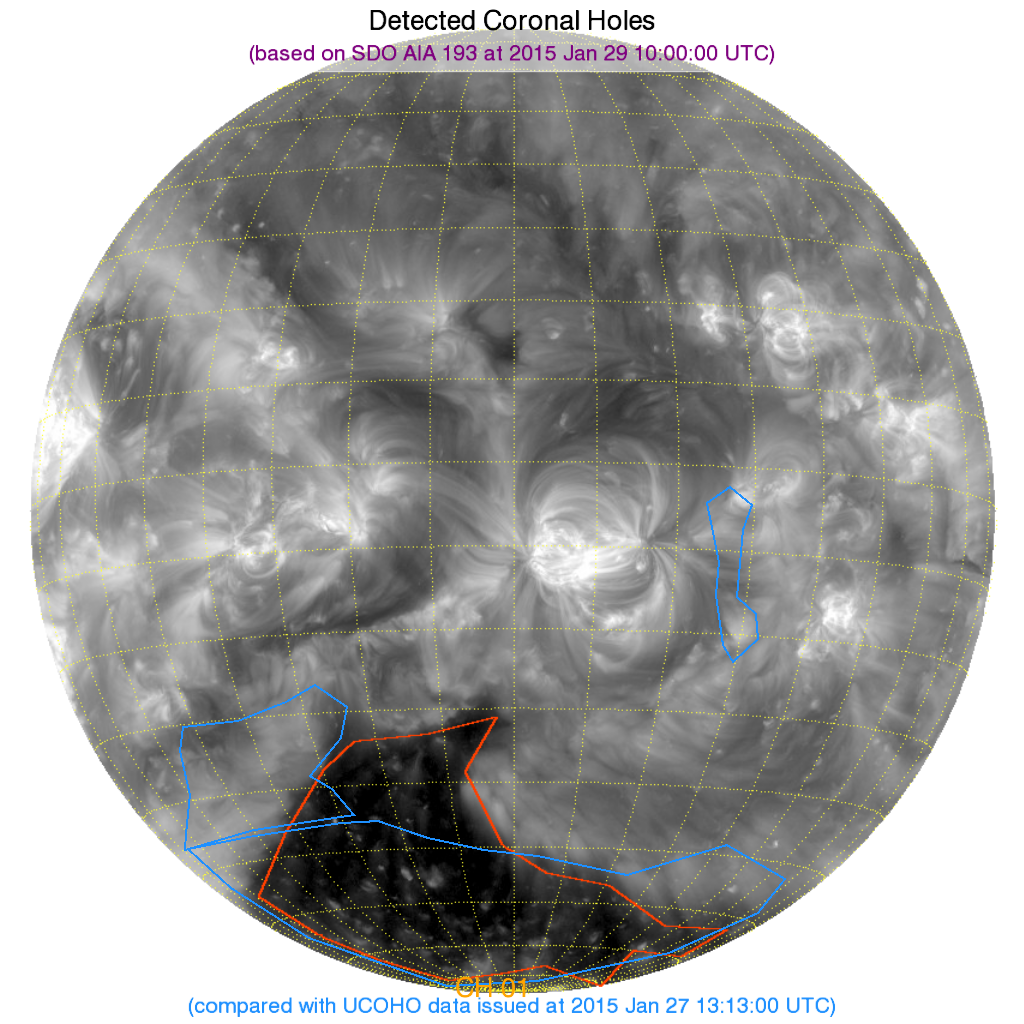