The fifteenth tropical cyclone of the Southern Indian Ocean season, named as TC GINO, strengthened into a tropical storm on February 11, 2013.

According to latest report by Joint Typhoon Warning Center (JTWC), Tropical Cyclone Gino is located 700 nm southeast of Diego Garcia and is moving south-southwestward at speed of 10 knots over the past six hours. Animated multispectral satellite imagery shows a ragged eye has developed over the past 12 hours with deep banding wrapping into the low-level circulation center. 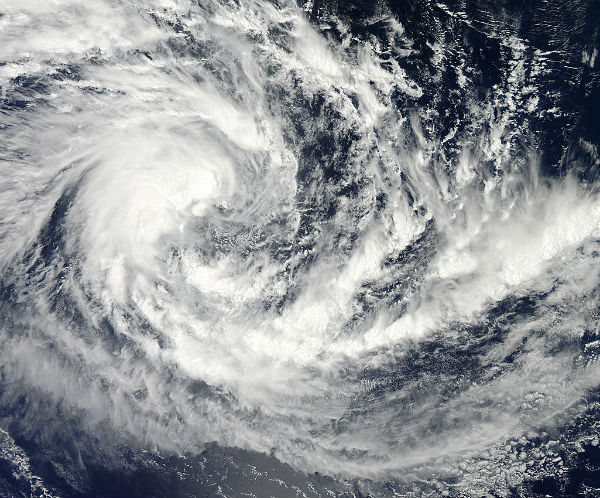 Tropical Cyclone Gino (TC 15S) was born from the low pressure area designated as System 92S which developed on February 9, 2013 and intensified into a tropical storm on February 11, 2013. At that time, Tropical Cyclone 15S had maximum sustained winds near 35 knots (40.2 mph/64.8 kph), making it a tropical storm. It was centered near 12.1 south latitude and 82.5 east longitude, about 650 nautical miles (748 miles/1204 km) east-southeast of Diego Garcia Island. 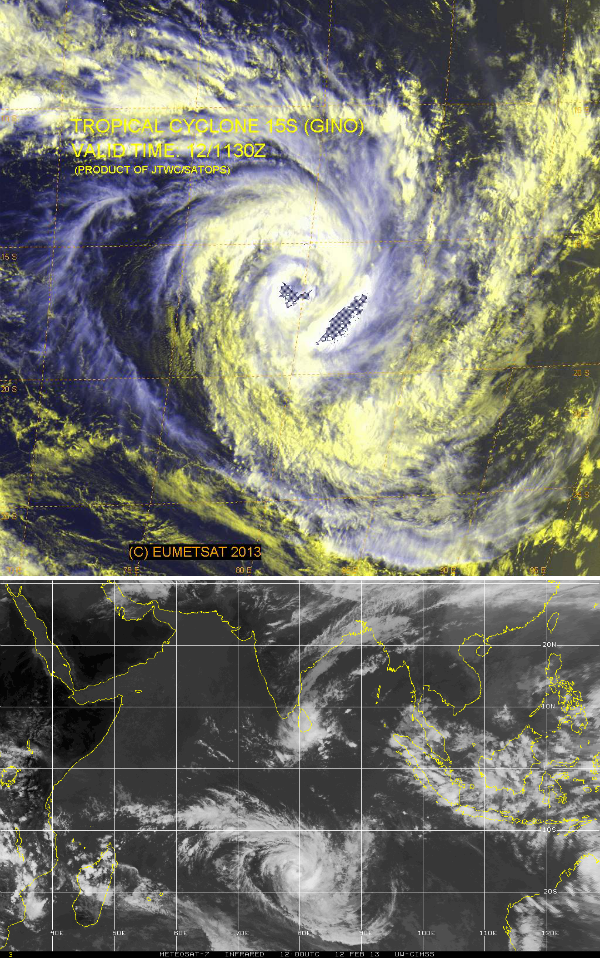 Tropical Cyclone Gino is far from any land areas and is expected to strengthen and dissipate over open ocean. The tropical storm is forecast to move to the southwest, then turn south and strengthen to hurricane force within the next two days. The Joint Typhoon Warning Center expects that wind shear and cooler waters will weaken the storm after that time. 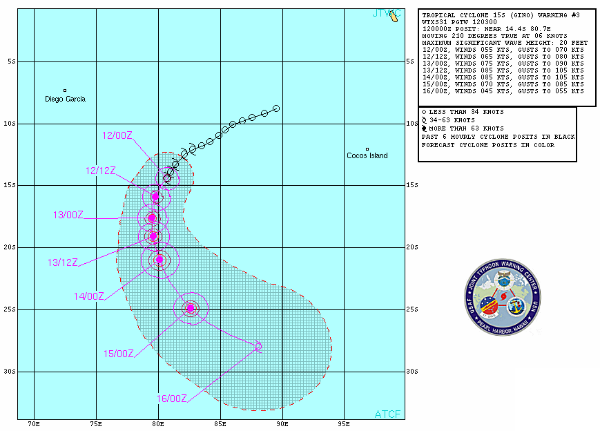