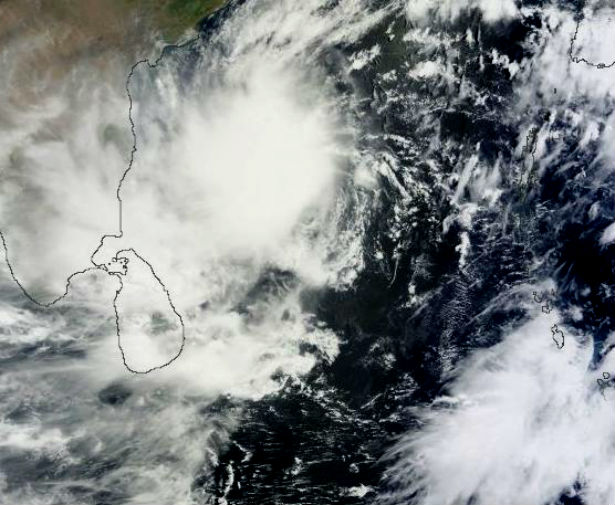 The first tropical cyclone in the Northern Indian Ocean this season,Tropical Cyclone Mahasen (01B), is now centered to the northeast of Sri Lanka, or several miles south of Calcutta, India, and will impact areas from northeast India to Bangladesh and Myanmar, along the Bay of Bengal over the next few days. The storm is expected to approach Bangladesh late on May 15, 2013 with expected peak intensity of 120 km/h (75 mph) winds. The primary threat from the storm will be heavy rainfall throughout the region. 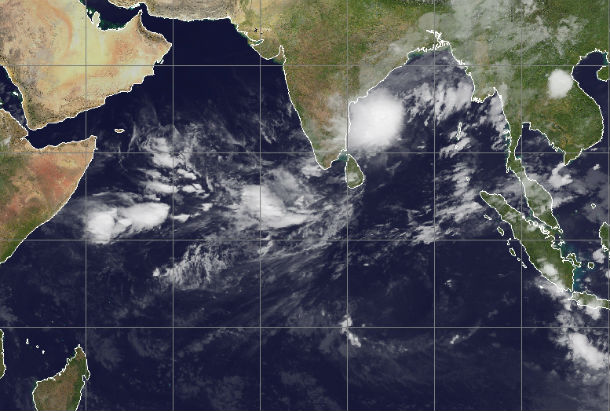 According to latest report by Joint Typhoon Warning Center (JTWC), TC Mahasen is located approximately 562 nautical miles south-southwest of Calcutta, India. The system is moving northward at speed of 8 knots. Sustained maximum winds are 65 knots with gusts up to 80 knots. 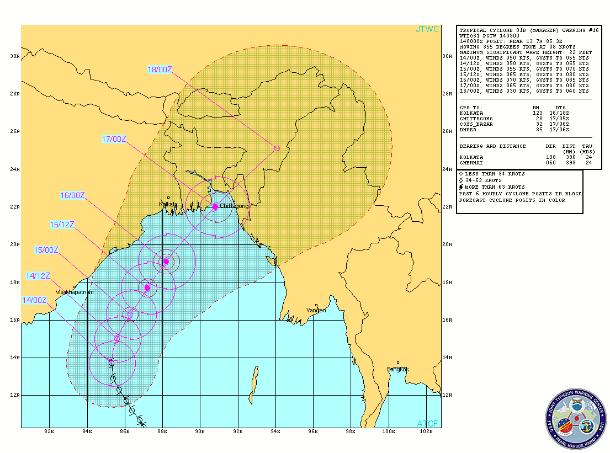 Satellite loops show that Mahasen has a large area of intense thunderstorms with very cold cloud tops that reach high into the atmosphere. 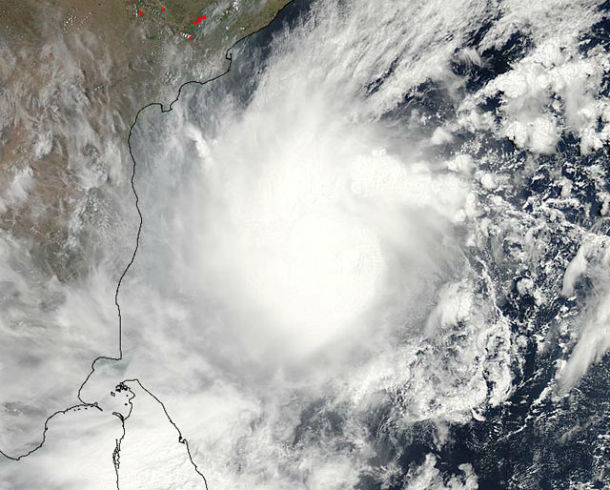 MODIS image of Tropical Cyclone Mahasen taken at 07:55 UTC Monday May 13, 2013. At the time, Mahasen was a tropical storm with 55 mph winds. Image credit: NASA.

Mahasen has developed a respectable upper-level outflow channel to the northwest. Wind shear has decreased to a moderate 10 – 20 knots, and is continuing to decrease.

Ocean waters that are an exceptionally warm 31°C (88°F), about 1°C warmer than average for this time of year. The warm ocean waters extend to great depth, and the Tropical Cyclone Heat Potential (TCHP) is over 90 J/kg/cm^2, which is favorable for rapid intensification. 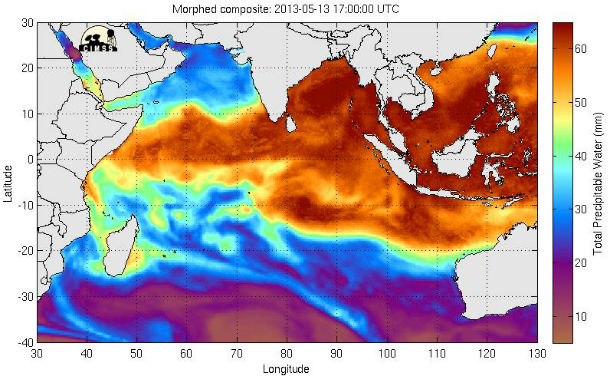 Tropical Cyclone Mahasen is projected to track north through the Bay of Bengal and make landfall later this week. The storm surge, high winds, and heavy rains of Mahasen are a particular concern for the thousands of Myanmar refugees living near the coast in makeshift camps. 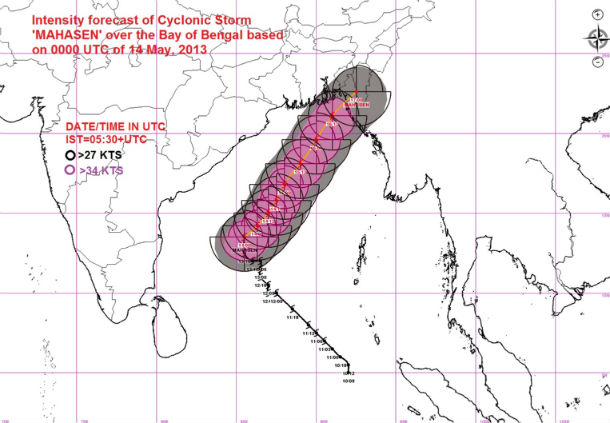 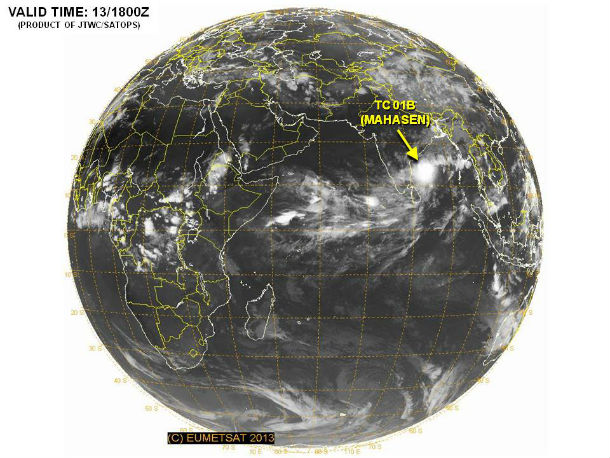