GNS Science volcanologists raised volcanic alert to Level 2 (minor eruptive activity) and the Aviation Color Code to Orange level (volcanic eruption is under way with no or minor ash emission) after discovering a spiny lava dome at White Island volcano in an existing small crater formed as a result of the recent eruptions in August.

"The dome is probably 20 – 30 metres across and has spines sticking up. In more than 30 years visiting White Island I’ve never seen anything like it." GNS Science volcanologist Brad Scott.

Lava dome grows from the inside as new magma comes up and pushes the already cooled magma upwards and outwards. It is still unknown for how long the dome has been growing, but possibly since the ash eruption in early August. Lava domes are common at some volcanoes, but have never been seen before at White Island. 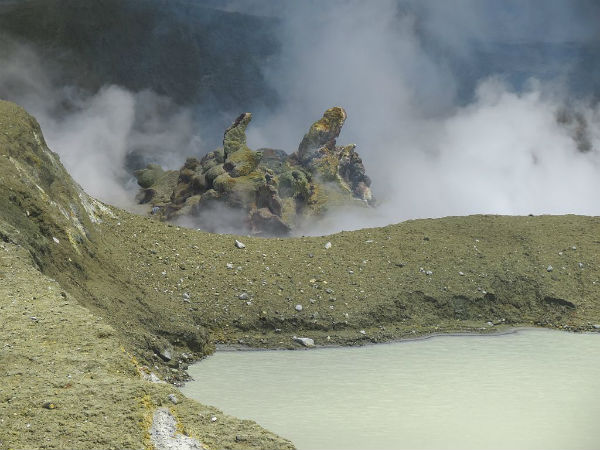 A close up view of the dome. The dome is made of thick, relatively cool and congealed lava and has prominent spines. The dome is about 20 – 30 metres across. In the foreground is a small, cold lake. (Credit: Brad Scott/GeoNet)


Lava domes are usually formed by magma that has lost most of its gases so that it is very sticky. This causes the magma to pile up over the volcanic event and form a dome. Magma last reached the surface at White Island in 2000 when erupted explosively as molten rocks called volcanic bombs (rather than forming a dome). 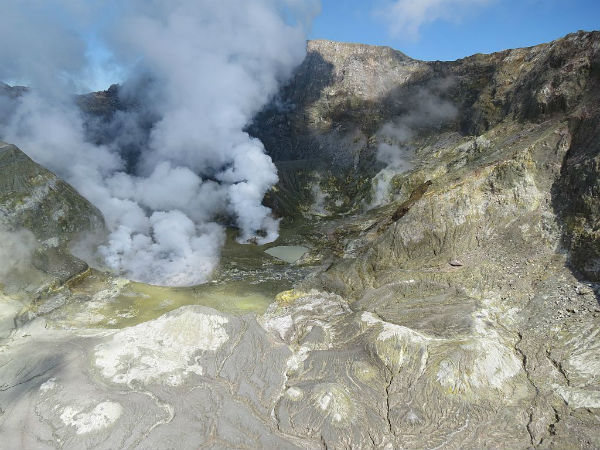 Experts are concerned if lava dome should grow, because it can be accompanied by explosive eruptions and could impact people on the island. 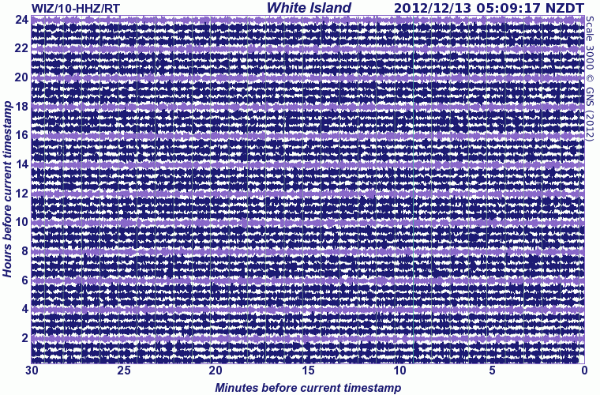 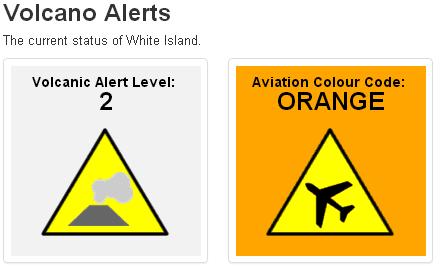 In August 2012, Mount Tongariro and White Island had small eruptions, and are still displaying signs of increased activity - currently at Volcanic Alert Level 1.

Indonesian Sinabung volcano started erupting at 18:58 UTC on August 7, 2020, for the first time since June 2019. Authorities are urging residents and tourists to stay outside a 3 km (1.8 miles) radius from the crater. The Alert Level remains at III (Siaga/Alert)....