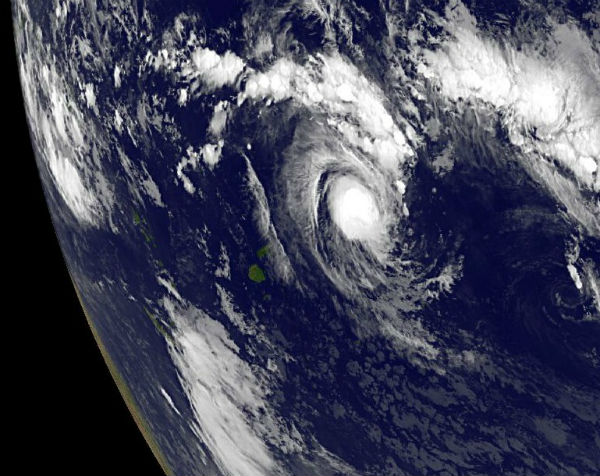 Newborn tropical storm named Evan is causing problems for the residents of American Samoa and Fiji in the South Pacific Ocean. Tropical storm warnings are in effect for American Samoa, a gale warning and storm watch are in effect for Tutuila, Aunuu, Manua and Swains Island. Evan continues to move to the east and expected to strengthen. Evan is expected to move to the southwest and towards Fiji.

According to latest JTWC report, Tropical Cyclone Evan is located approximately 145 nm west of Pago Pago, American Samoa, and is moving east-northeastward at 07 knots. Upper level analysis indicates Evan has improving radial outflow as an apparent point source anticyclone is beginning to develop over the low-level circulation center (LLCC). A mid-latitude jet is beginning to enhance the equatorward outflow channel and is expected to persist over the next 72 hours. 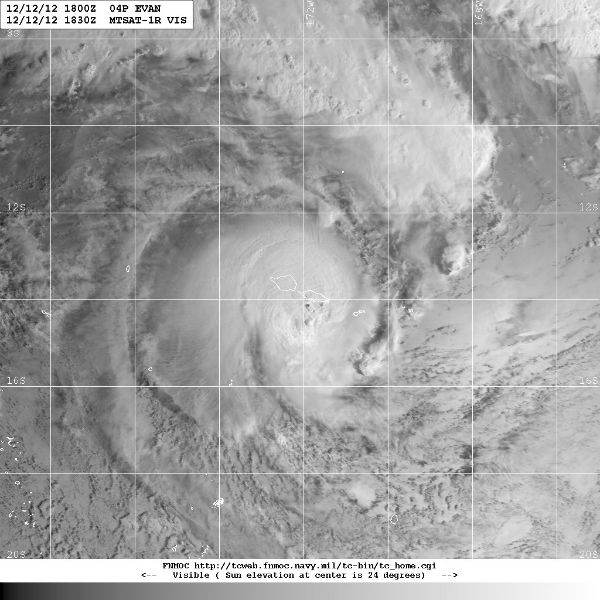 Evan will remain on an eastward track for the next 24 hours under the influence of the low- to mid-level near-equatorial ridge and will continue to intensify as vertical wind shear remains low and sea surface temperatures remain high. 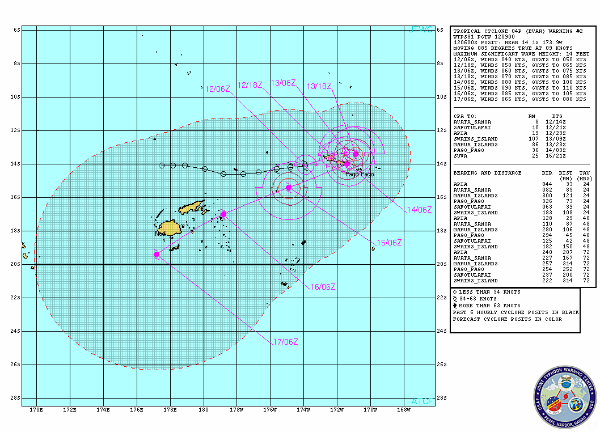 The Atmospheric Infrared Sounder (AIRS) instrument aboard NASA’s Aqua satellite captured an infrared image of newborn Tropical Storm Evan over American Samoa on December 12, 2012 at 12:47 UTC. The strongest thunderstorms with cloud top temperatures exceeding -63F (-52C) appeared around the center of circulation and in a band of thunderstorms north and east of the center. Cloud top temperatures that cold indicate the highest, strongest storms with the heaviest rainfall within the tropical cyclone. 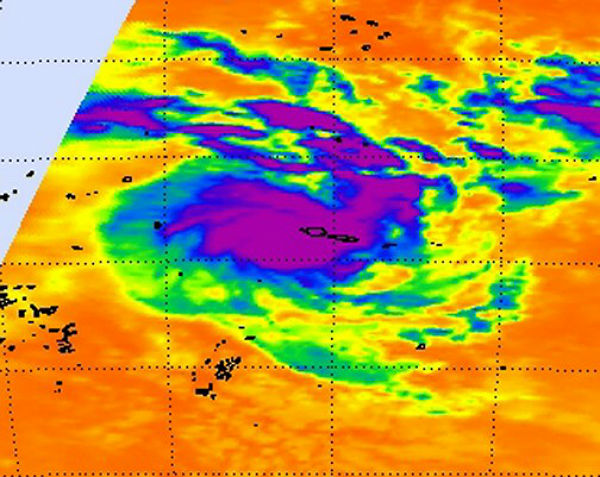 The AIRS instrument aboard NASA’s Aqua satellite captured an infrared image of newborn Tropical Storm Evan over American Samoa on Dec. 12, 2012 at 12:47 UTC (7:47 a.m. EST). The strongest thunderstorms (purple) appear around the center of circulation and in a band of thunderstorms north and east of the center.
(Credit: NASA/JPL, Ed Olsen) 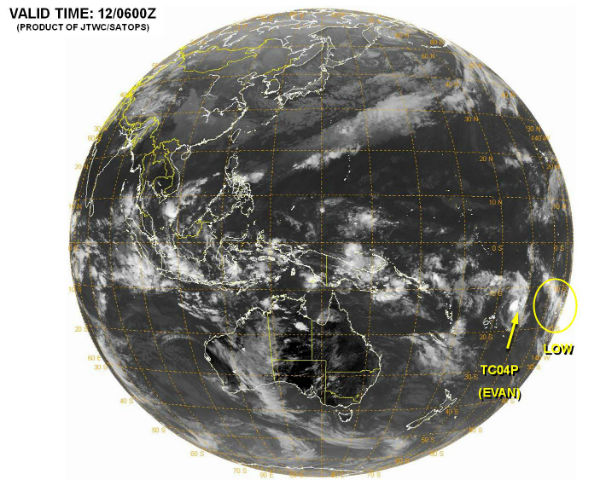