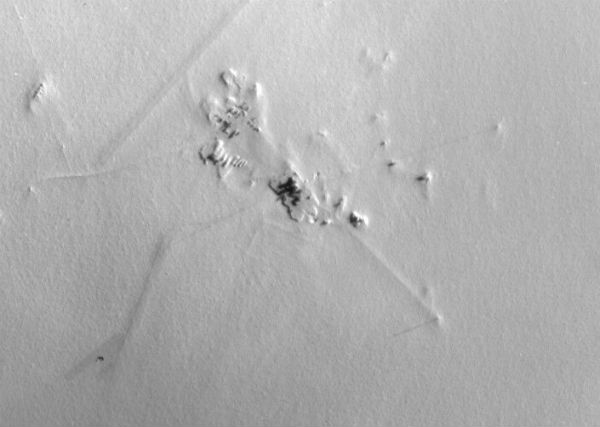 Concordia research base is probably the loneliest place on Earth. Situated in the heart of Antarctica, it is one of the few permanently crewed habitats in Antarctica. Located 3233 m above sea level in the high interior, its nearest neighbour is Russia’s Vostok base, some 560 km away.

It was built and operated by France’s IPEV polar institute and Italy’s PNRA Antarctic programme. ESA sponsors medical research on how isolation affects overwintering crews during months of cold darkness, which are conditions similar to life on another planet. If anything goes bad during the winter months, no help can arrive and venturing outside is extremely dangerous because temperatures can drop to –80ºC.

ESA’s Earth-observing microsatellite Proba-1 took a satellite image on November 24, 2012 with the High-Resolution Camera, the smallest imager on ESA’s smallest satellite. Long shadows cast by the low Sun pick out details of the base’s layout in this 5 m-resolution image. 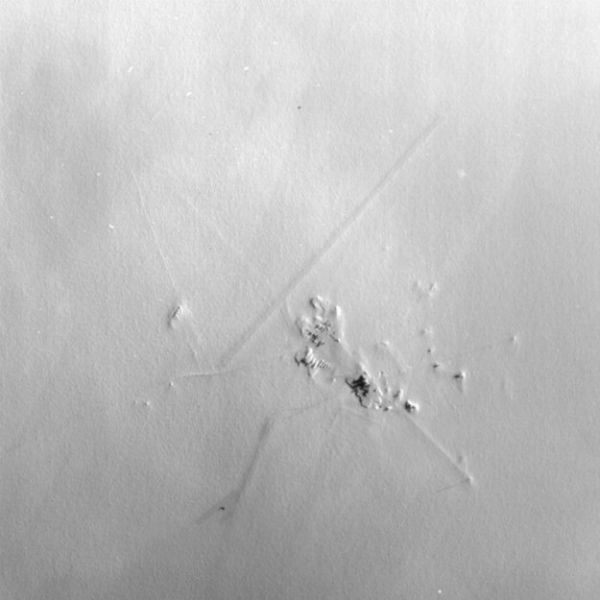 The Proba-1 microsatellite’s High Resolution Camera images the French-Italian Concordia base in the Antarctic interior. The image has 5-m spatial resolution and covers approximately 25 sq km. It was acquired on 24 November 2012. (Credit: ESA)

The base’s distinctive double-cylinder habitats are picked out by the area of greatest shadow. Looking directly northeast, the summer camp buildings can be seen, with the base runway visible to the north. To the east of the main habitats are an astronomy platform – Concordia boasts some of the clearest skies in the world – and glaciology survey areas where subsurface drilling extracts ice cores.

A faint dot further east is the entrance to an underground seismology shelter measuring ground tremors. A US-built radio tower and the smoothed-out path leading to it are visible towards the southeast corner of the image. 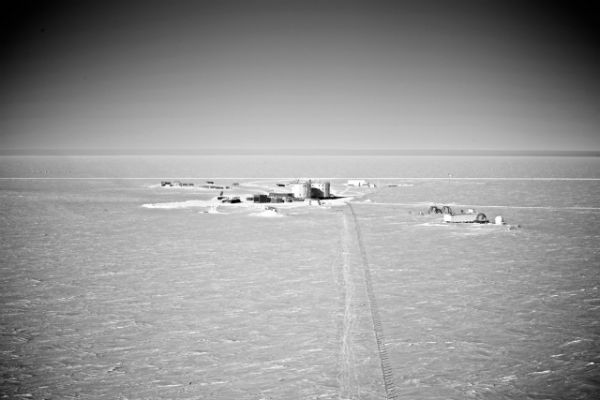 The French–Italian Concordia station’s programme of research includes glaciology, human biology and the atmosphere. ESA uses the base to prepare for future long-duration missions beyond Earth. The station is the closest thing on Earth to interplanetary exploration. Studying the effects of isolation there is preparing ESA for the real thing: a mission to Mars.

During the winter, Concordia is under almost total darkness, with an average temperature of –51°C and a record low of –85°C. It is an ideal place to study the effects on small, multicultural teams isolated for long periods in an extreme, hostile environment.  No supplies can be delivered during the Antarctic winter and nobody can leave the base, no matter what emergency. They have to solve any problems on their own, as a team. 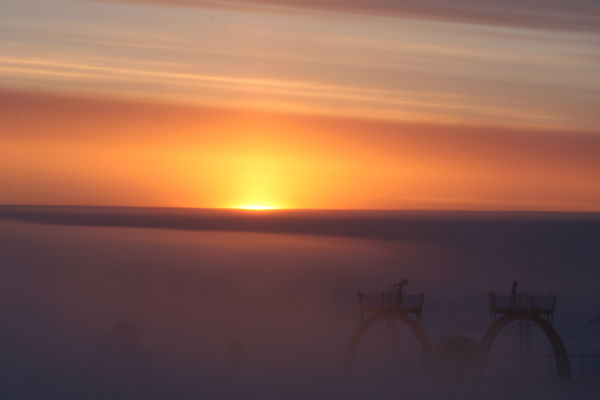 The ESA-sponsored medical researcher Alexander Kumar is monitoring sleep patterns by recording the brain activity of his sleeping crewmates. He is also taking saliva samples to chart the levels over time of sleep hormones such as melatonin or cortisol. Cognitive tests similar to commercial brain games are testing crew performance.

This year, the study is also following the crew as they exercise to see if it has any effect on morale and sleep patterns. The crew have a long road ahead of them before they see the Sun again.

Follow Concordia and inspire the crew by reading and commenting on their blog.