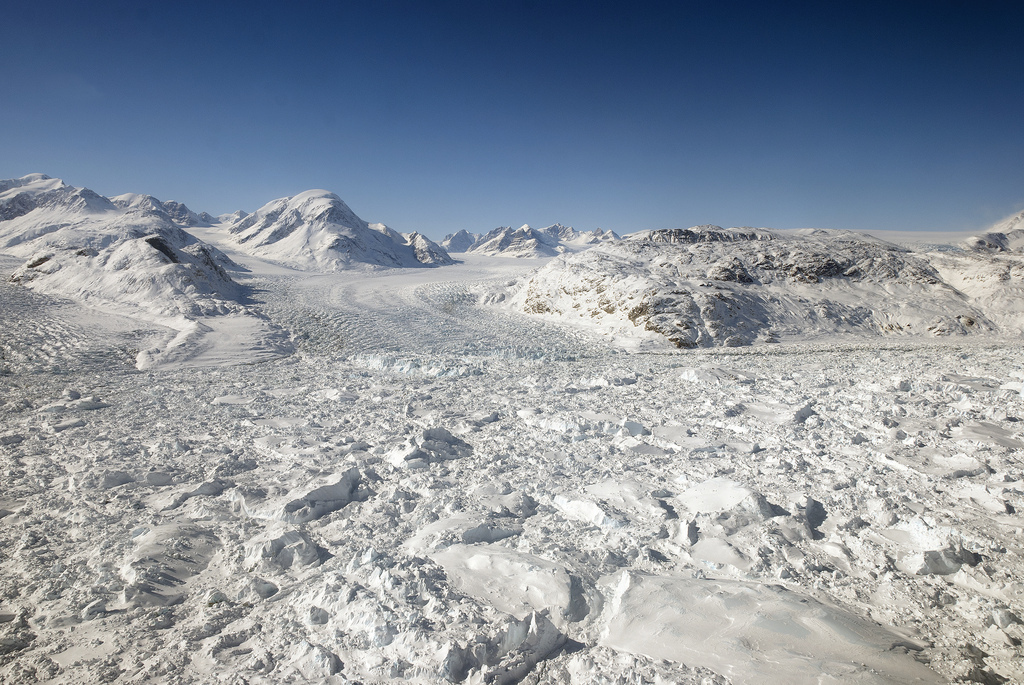 UK scientists have discovered a giant trench under the ice in West Antarctica. The Ellsworth Trough trench is up to three kilometers deep and more than 300 kilometers long and up to 25 kilometers across (deeper than the Grand Canyon). The floor of this subglacial valley is more than 2 000 meters below sea level in some places. Similar icefields can be found today in the Antarctic Peninsula, and in Arctic Canada and Alaska. 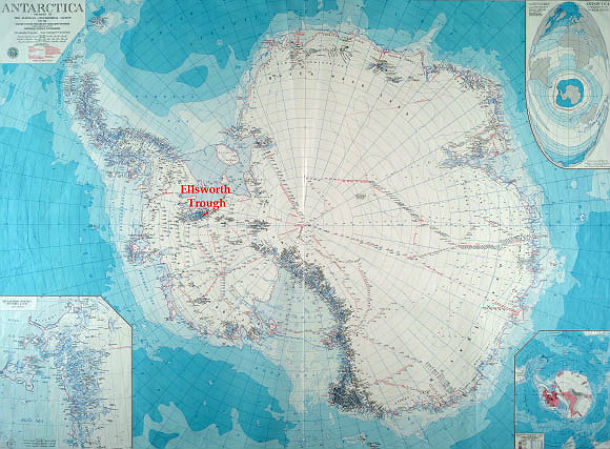 New analysis has provided insight into the extent, thickness and behavior of this ancient icefield, and the configuration and behavior of the early West Antarctic Ice Sheet. The subglacial landscape shows where and how the West Antarctic Ice Sheet originated and grew. Scientists used satellite data and ice-penetrating radar to chart the Ellsworth Subglacial Highlands, mountain range buried beneath several kilometers of Antarctic ice. 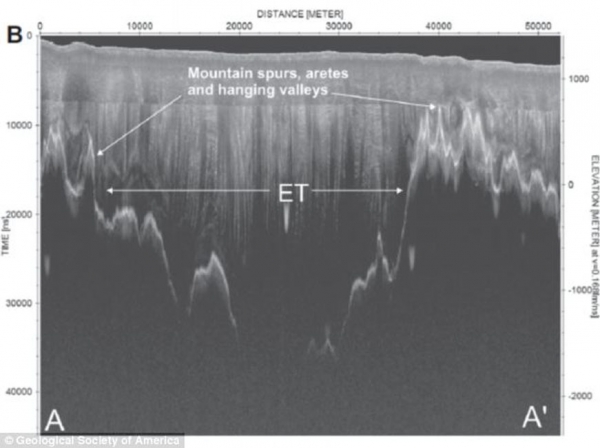 The Ellsworth Trough trench is deep up to three kilometers and more than 300 kilometers long and up to 25 kilometers across​. (Credit: Geological Society of America)

Researchers believe that wide flat expanse of floating ice have carved the mountain range and deep valley millions of years ago. This subglacial canyon is believed to have been created when, 80 million years ago, Antarctica broke apart from the giant continent it was once a part of, spinning southward at a pace of 16 cm per year. The rift created long valleys and chasms across the warm landscape but when the climate began to cool, glaciers appeared carving out deeper chasms. The glaciers grew deeper and wider eventually creating the present day Antarctica and obscuring the mountain ranges beneath it.

The research team included scientists from Newcastle University, the University of Bristol’s Glaciology Centre, the British Antarctic Survey and the universities of Edinburgh, Exeter, and York. Their findings are published in the latest edition of the Geological Society of America Bulletin. Dr Neil Ross from Newcastle University and his colleagues spent three seasons investigating and mapping the Ellsworth Subglacial Highlands.