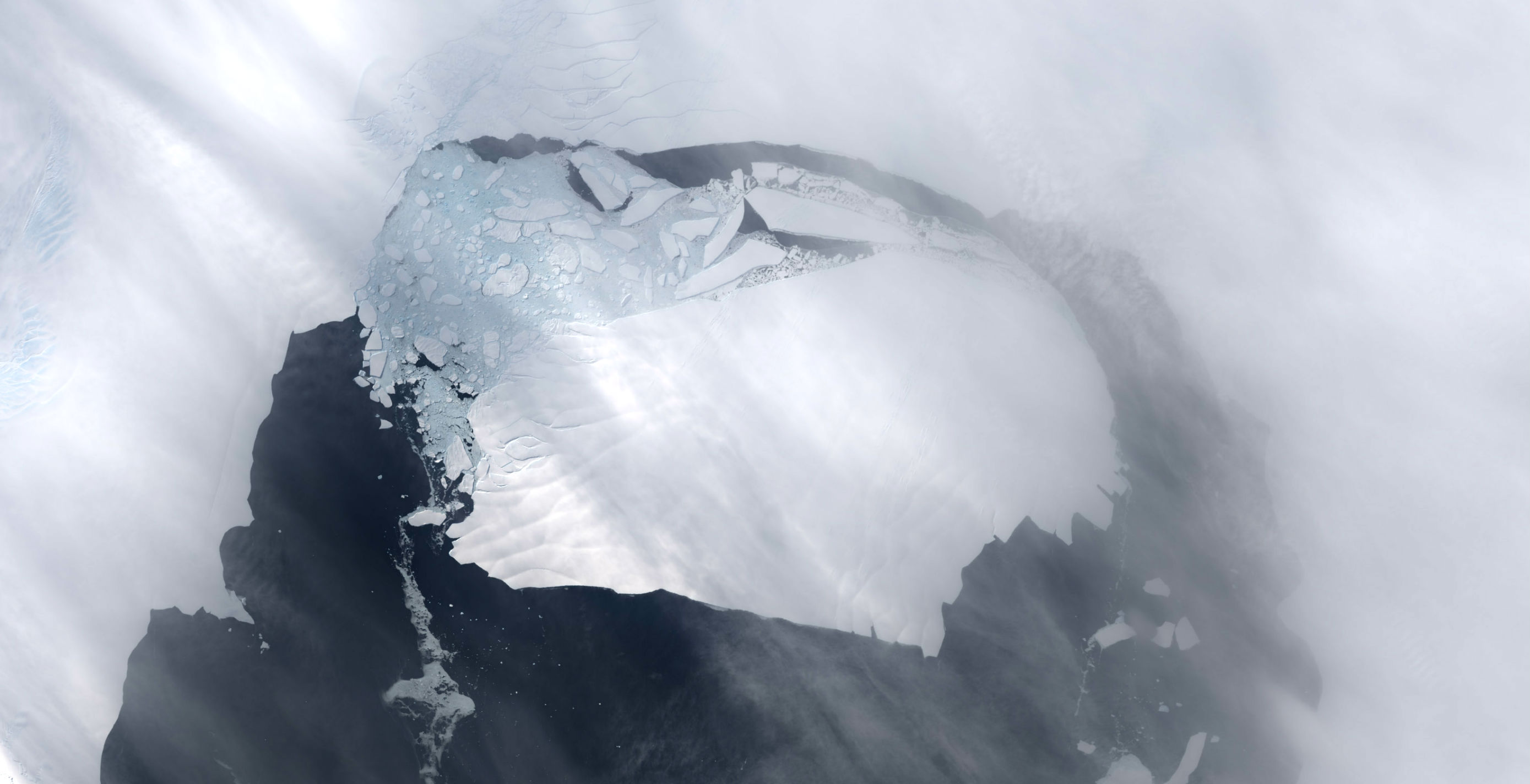 Between November 9 – 11, 2013, a large iceberg separated from the calving front of Pine Island Glacier in Antarctic. New satellite images now show that Iceberg B-31, estimated to be 35 by 20 km, is moving away from the coast.

Scientists first detected a rift in the glacier in October 2011. By July 2013, infrared and radar images showed that the crack had cut completely across the ice shelf to the southwestern edge. New images now show that Iceberg B-31 is finally moving away from the coast, with open water between the iceberg and the edge of Pine Island Glacier. 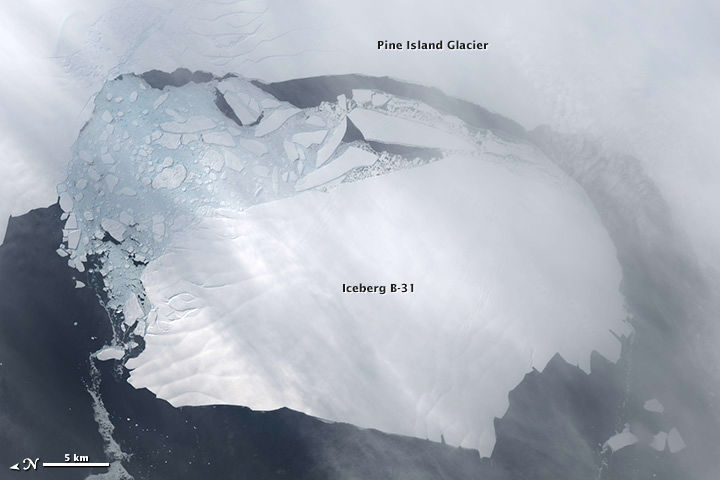 The Operational Land Imager on the Landsat 8 satellite acquired this natural-color image of the iceberg in Pine Island Bay on November 13, 2013. (NASA Earth Observatory images by Holli Riebeek, using Landsat 8 data from the USGS Earth Explorer. Caption by Michael Carlowicz.)

Scientists have been studying Pine Island Glacier closely because there is evidence that warmer seawater below the shelf will cause the ice grounding line to retreat and the glacier to thin and speed up. The shelf of Pine Island Glacier has been moving forward at roughly 4 kilometers per year. Pine Island Glacier is the longest and fastest flowing glacier in the Antarctic, with vast icebergs being calved from ice shelf every 6-10 years. Previous notable events occurred in 2007 and 2001.

A team of scientists from Sheffield and Southampton universities will track the 700 square-kilometer chunk of ice and try to predict its path using satellite data.