According to latest report by Joint Typhoon Warning Center (JTWC), Tropical Cyclone Claudia is located approximately 870 nm south of Diego Garcia in Indian Ocean, and is moving southward at speed of 09 knots.

Animated multispectral satellite imagery reveals Claudia has become partially exposed with the bulk of the convection now contained to the southern semi-Circle. Claudia is starting to become extra tropical as a weak warm front is beginning to form with a Delta rain region observed in the southwest quadrant. Claudia will continue moving south, continually weakening as vertical wind shear increases ahead of a mid-latitude trough and begin extra tropical transition within the next 12 hours. 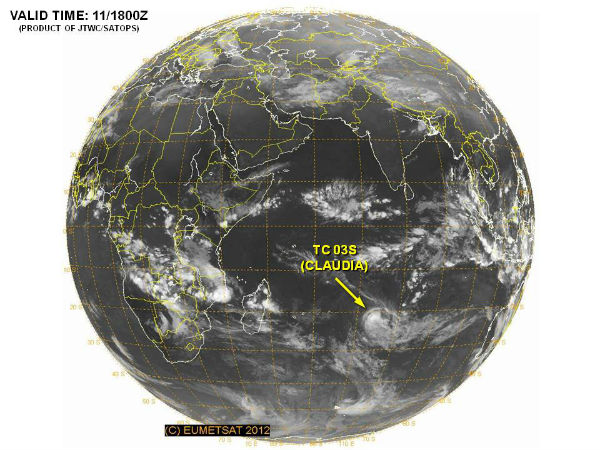 Although the storm is expected to slowly lose strength in the days ahead, Claudia was exhibiting the classic clockwise rotation indicative of a southern hemisphere cyclone during the time this image bellow was captured by the NASA/NOAA NPP satellite's VIIRS sensor on December 10, 2012. 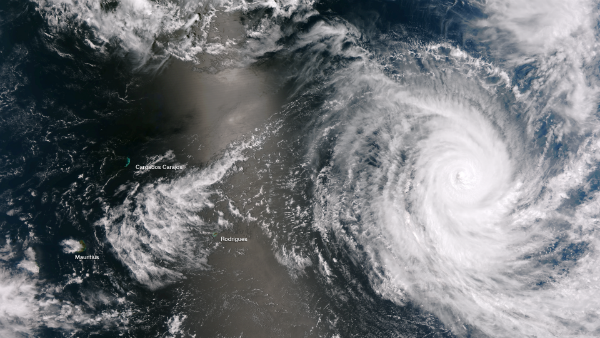