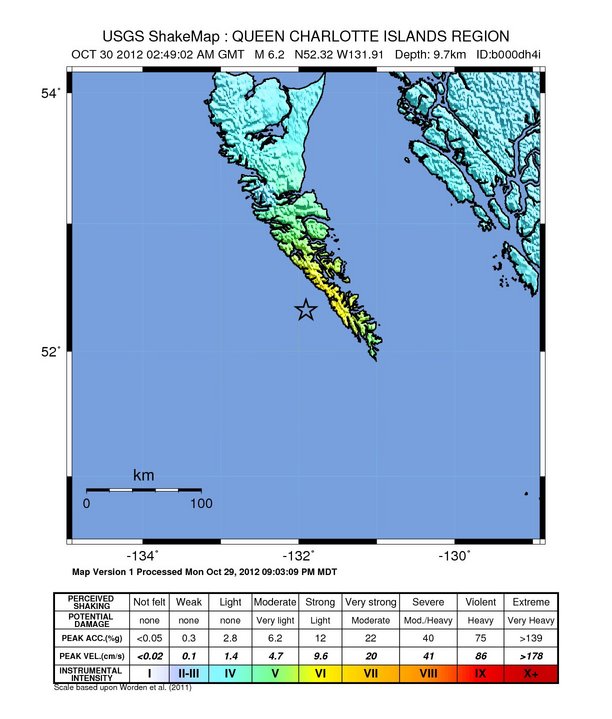 This earthquake happened far away from a populated area and shouldn’t create more damage or injuries, this strong aftershock was faintly felt by the nearest population. There was no tsunami alert issued. 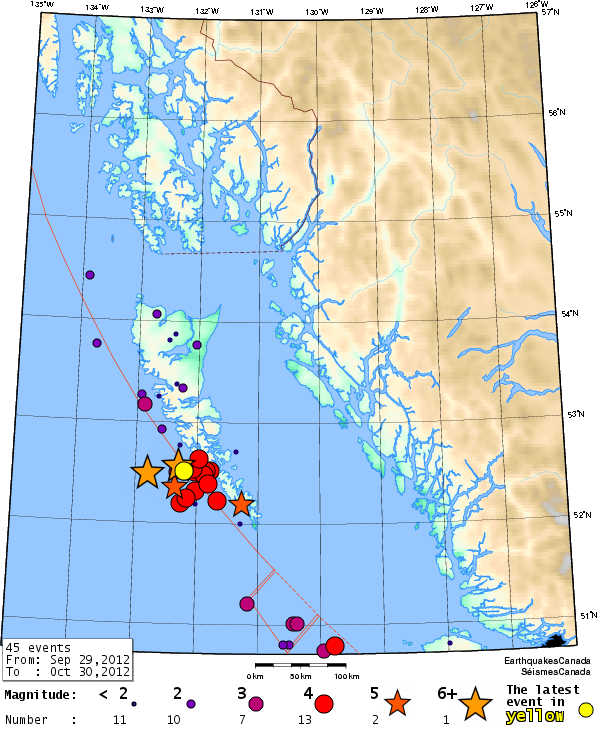 This was an aftershock of magnitude 7.7 earthquake that occurred offshore in the Haida Gwaii Region on Saturday October 27.The strongest aftershock so far was a magnitude 6.3 on Sunday October 28. The aftershock sequence is expected to continue for weeks with the number and severity of earthquakes decreasing over time.