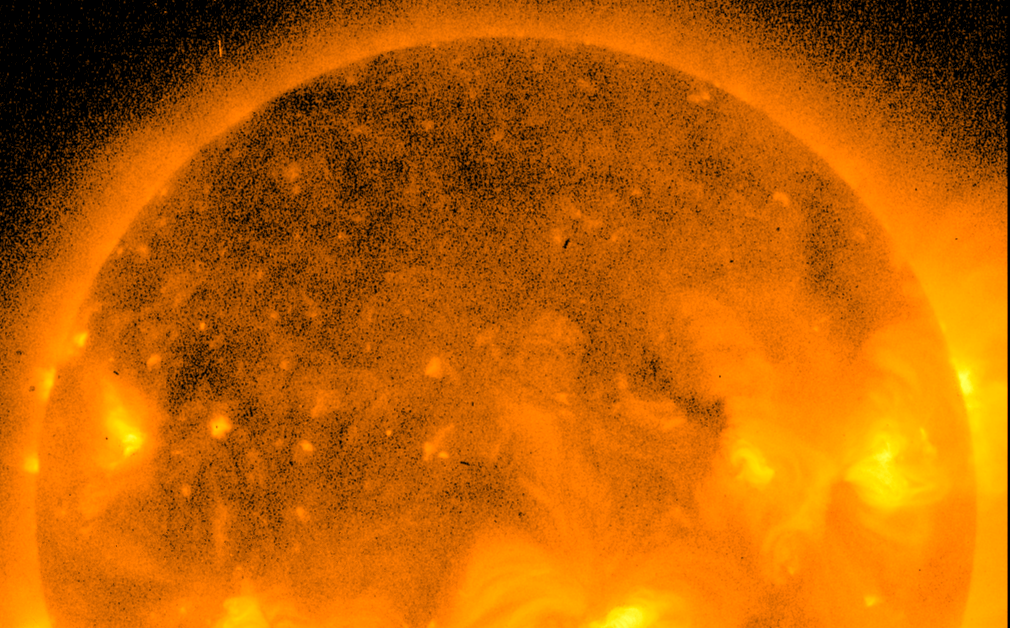 While most are focused on Sandy and its epic impact on US East Coast those of you focused on space weather events have probably noticed that there is blackout of solar observing data providers. The SDO, SOHO, STEREO and Helioviewer sites are all offline. Websites are taken offline during the east coast storm. Goddard Space Flight Center is in the metro DC area, which will experience significant storm impact.

However, all solar data is still being recorded. Current space weather conditions are still being monitored by the GOES spacecraft.

X-ray levels recorded by NOAA/SWPC at Boulder, Colorado are showing quiet conditions but last few days we saw some activity. Large solar flares could be observed and although they looked spectacular, there were no M-class or even bigger C-class recorded on its charts.

The largest and only event recorded on October 29 was a B6 flare at 03:02 UTC from Region 1596. Regions 1601 and 1602 were numbered on October 29. No Earth-directed CMEs were detected during the reporting period.

A long duration C-class flare was observed beyond the southwest limb on Sunday morning near old region 1594 but generated plasma was not Earth-directed. 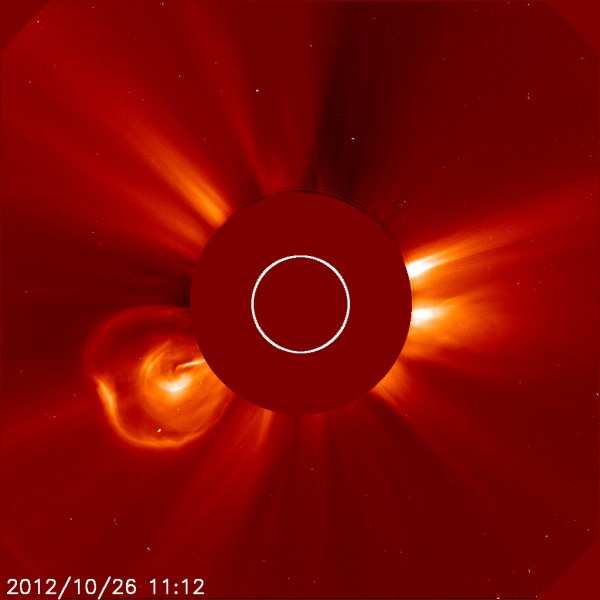 Here is a look at the current sunspots in visible light with the SDO/HMI instrument along with the EUV sun with SDO/AIA. Current SDO data can be found at http://sdowww.lmsal.com/suntoday/ and http://jsoc.stanford.edu/data/hmi/images/latest/. 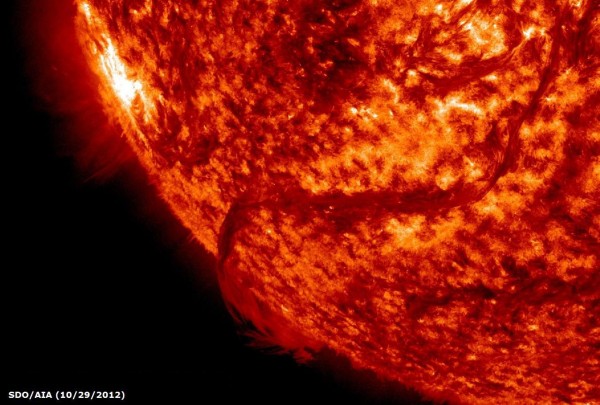 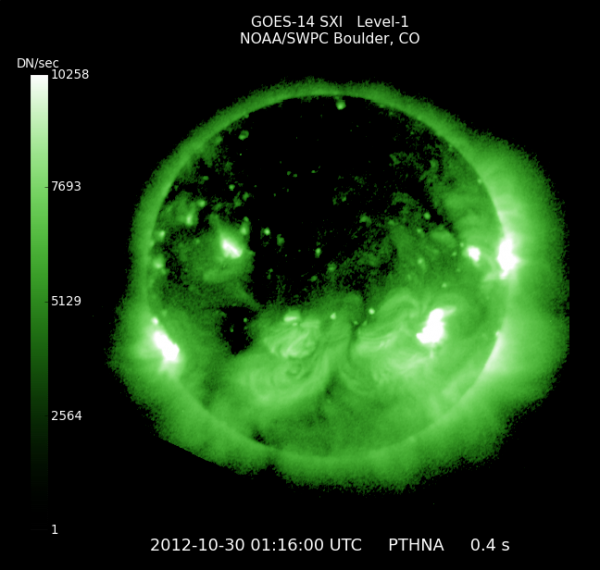 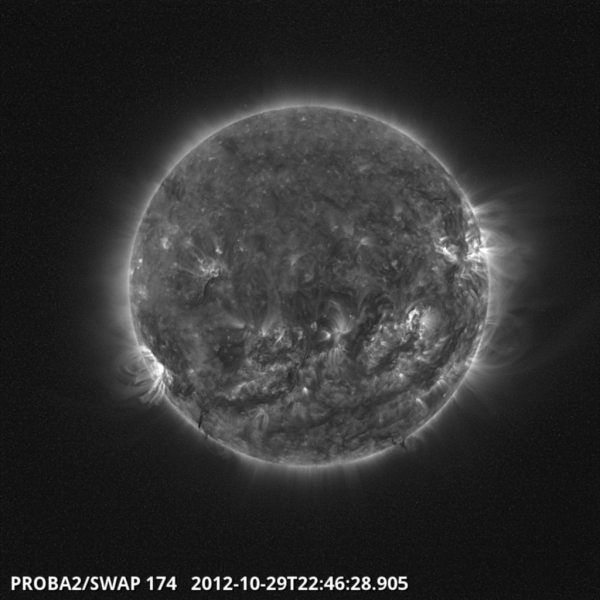