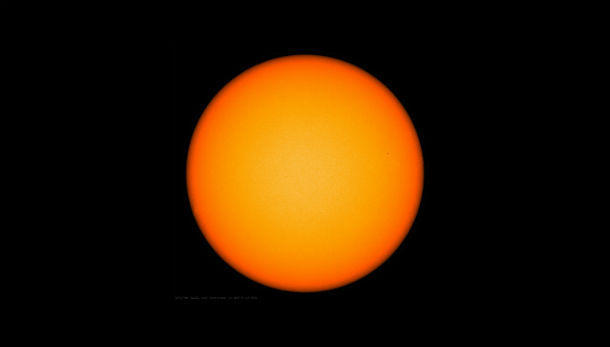 Images taken by Solar Dynamics Observatory (SDO) on July 17, 2014 show no active sunspots on the visible solar disk. To be correct, tiny decaying AR 2113 is still visible, but its size remains so small that the plots and charts didn't registered it. 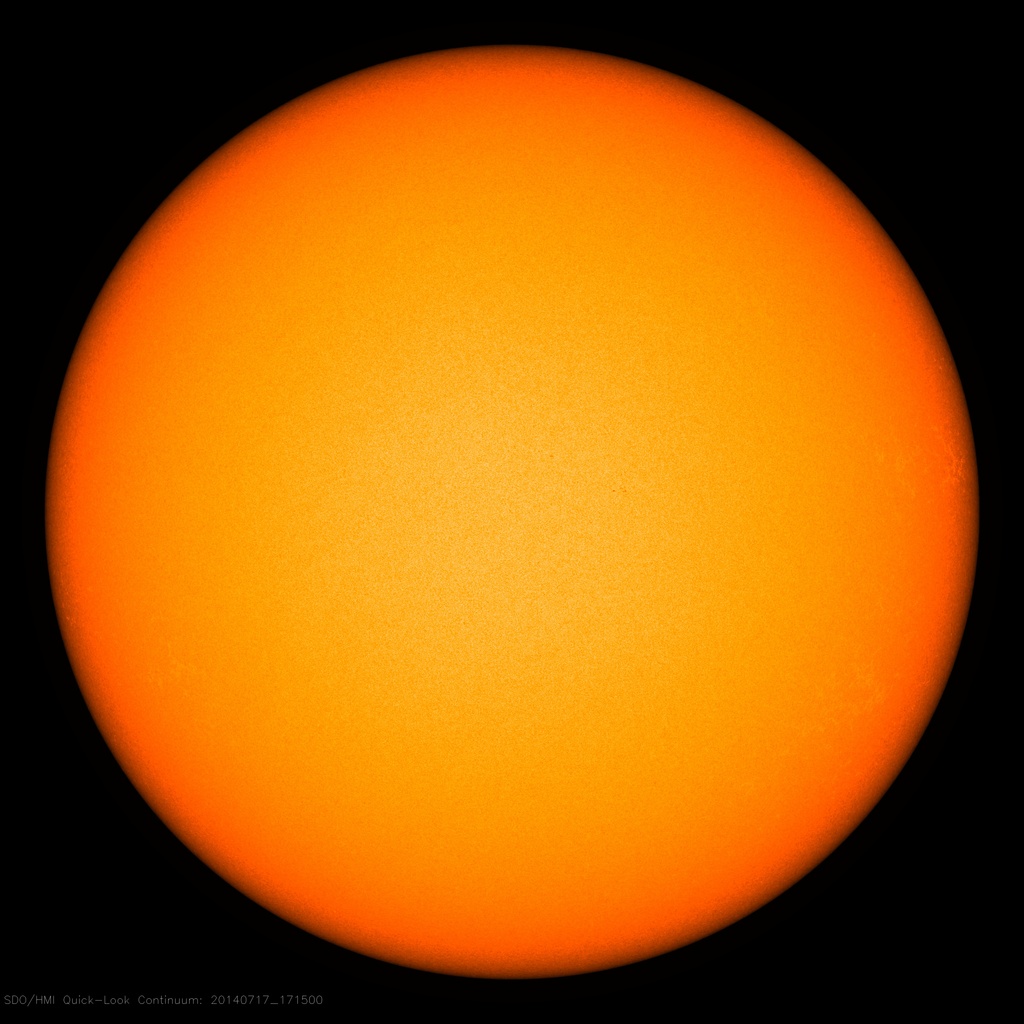 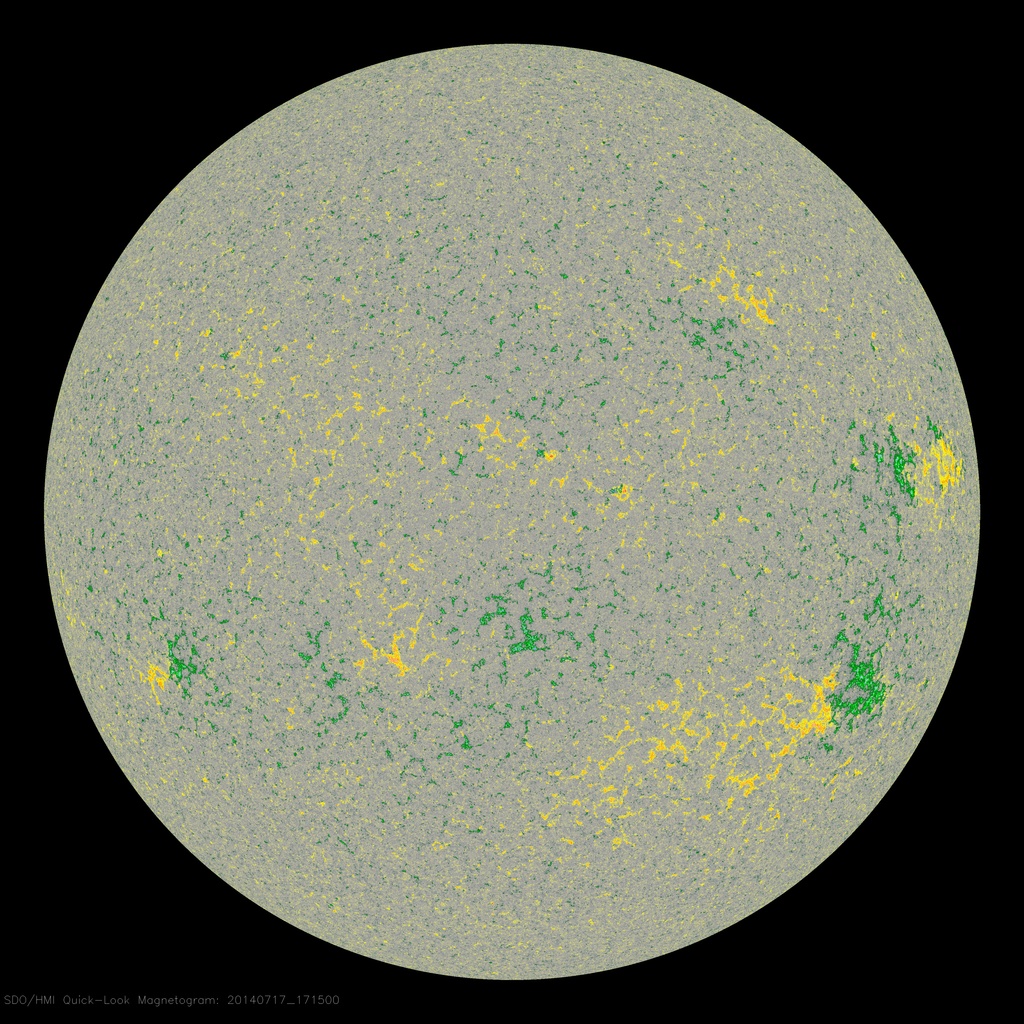 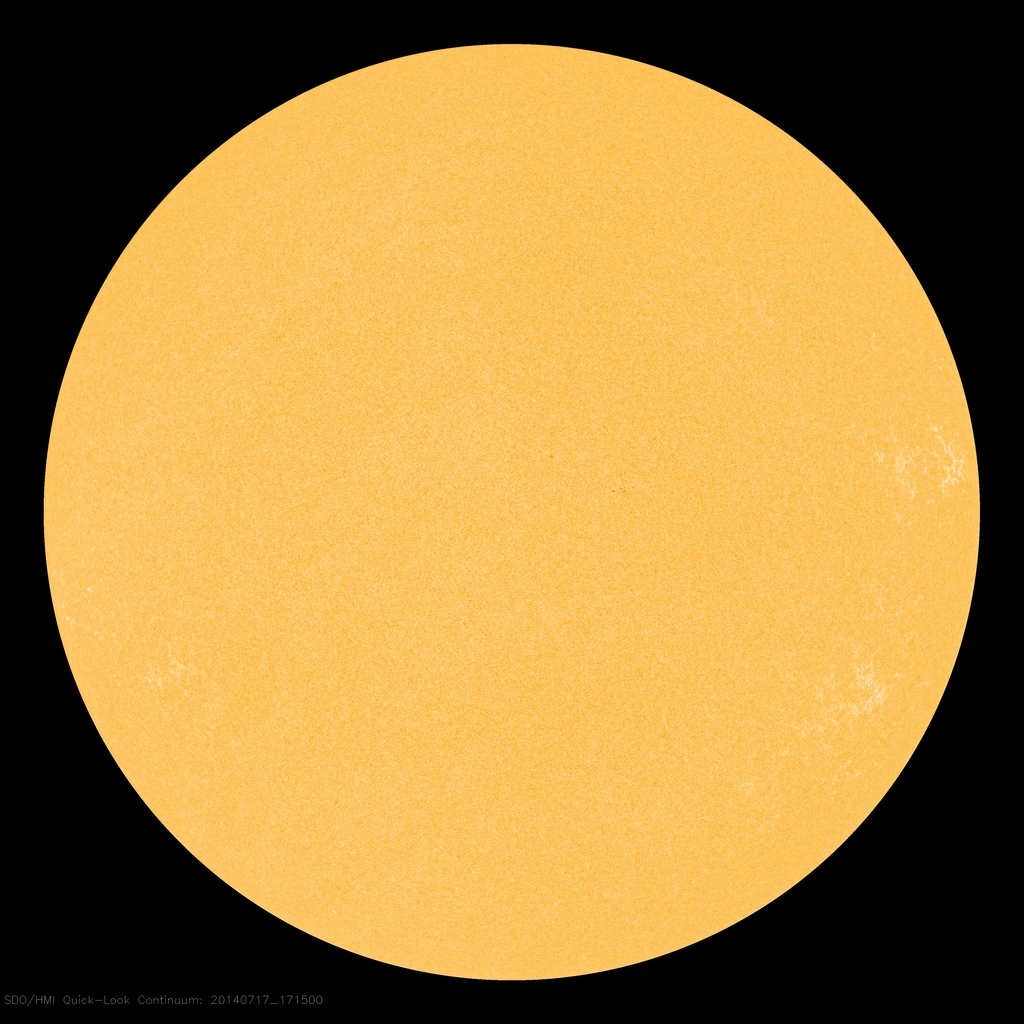 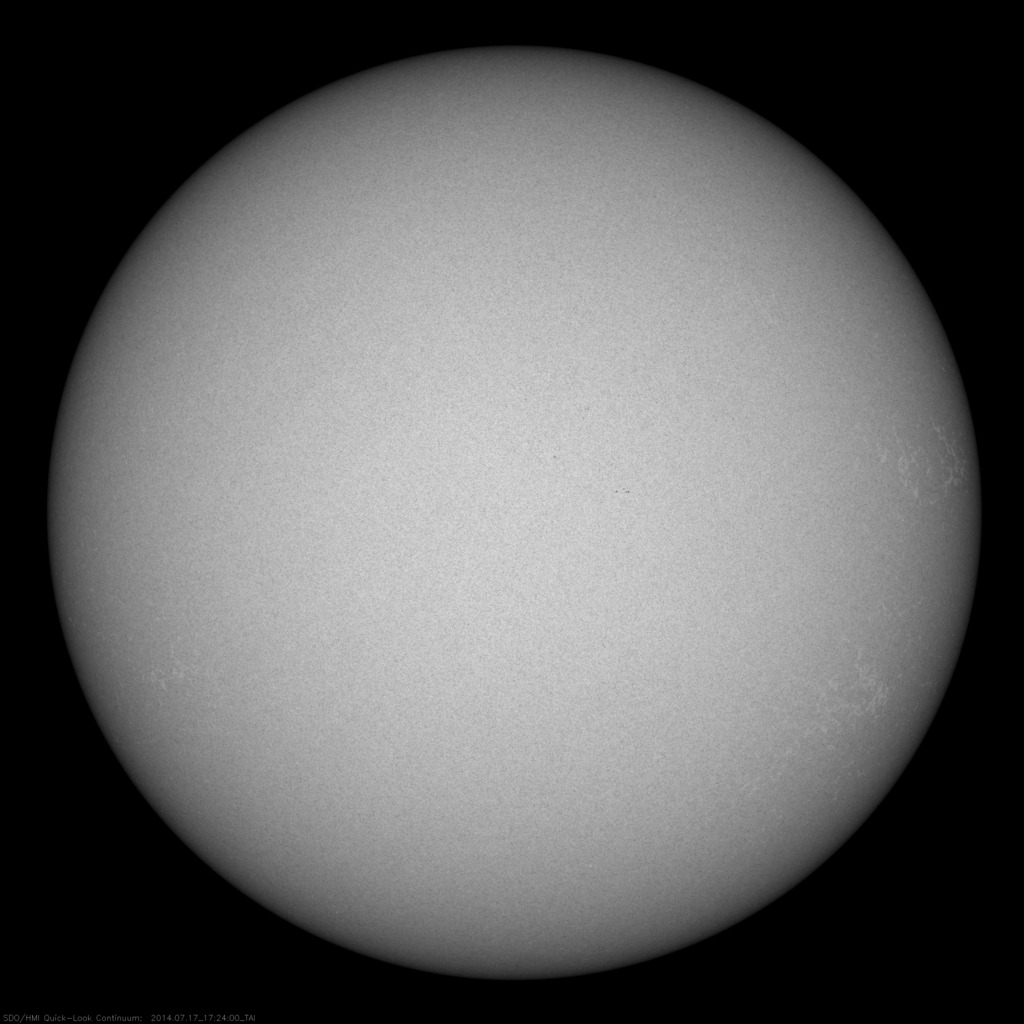 SDO's HMI Intensitygrams and magnetogram images taken at 17:15 UTC on July 17, 2014. (Courtesy of NASA/SDO and the AIA, EVE, and HMI science teams)

NOAA/SWPC reported solar activity was very low. There were no spots identified on the visible disk and X-ray flux levels remained at background levels. No Earth-directed coronal mass ejections (CMEs) were observed during the last 24 hours.

The sun plunged into the deepest solar minimum in a century. in period of 2008-2009, with many spotless days. 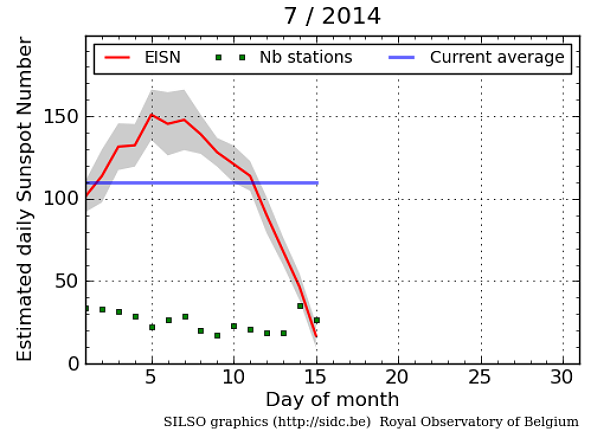