Total IMF strength was variable, but steadily increased after midnight UTC on February 18 and reached 8 nT. The Bz component was variable but became prolonged southward around 02:00 UTC today. The Bz reached a maximum southward direction of -7 nT. Solar wind speed ranged primarily from 325 – 375 km/s, with a few brief escalations to just over 400 km/s. The phi angle varied between sectors.

In response to the disturbed and enhanced solar wind state, the geomagnetic field was at quiet to active levels. Geomagnetic K-index of 4 threshold was reached at 07:29 UTC. 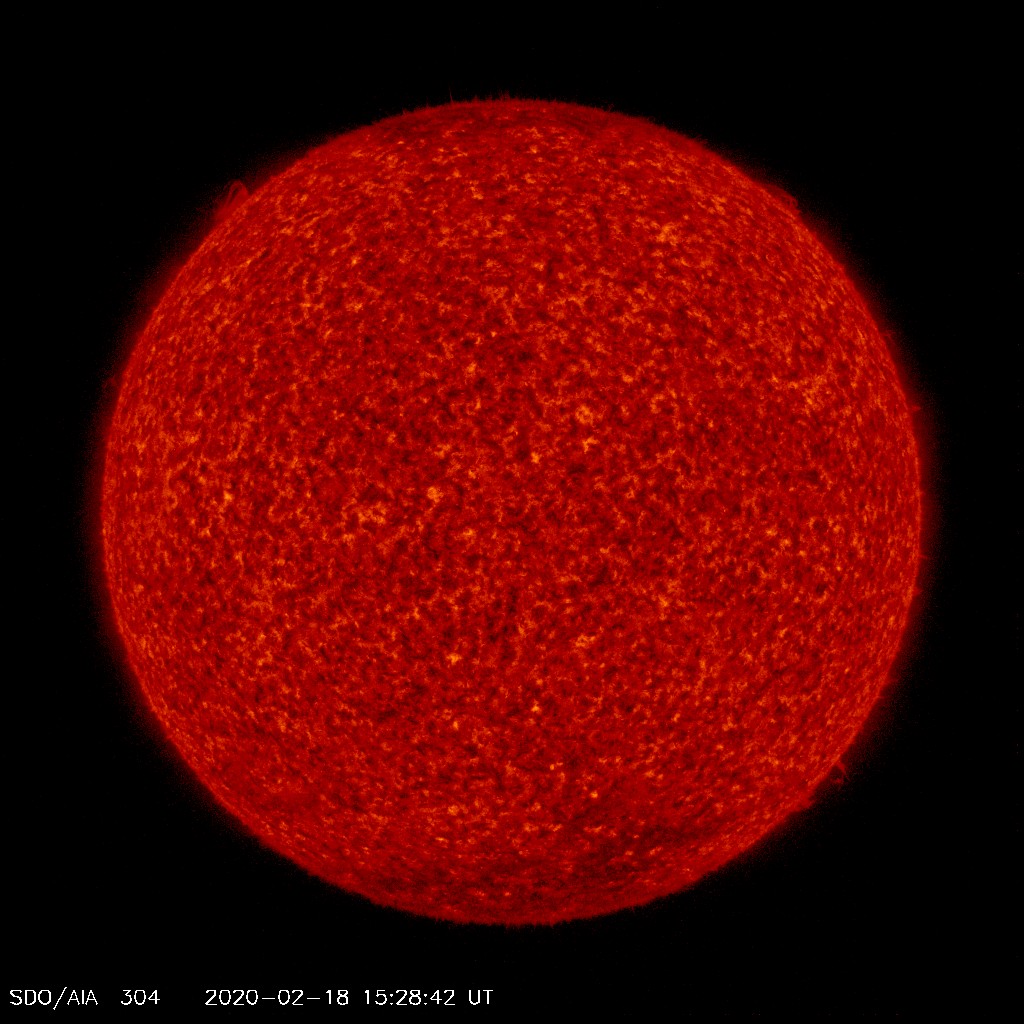 The solar wind environment is expected to remain mildly enhanced and disturbed over the next three days due to the effect of weak CH HSS influence. 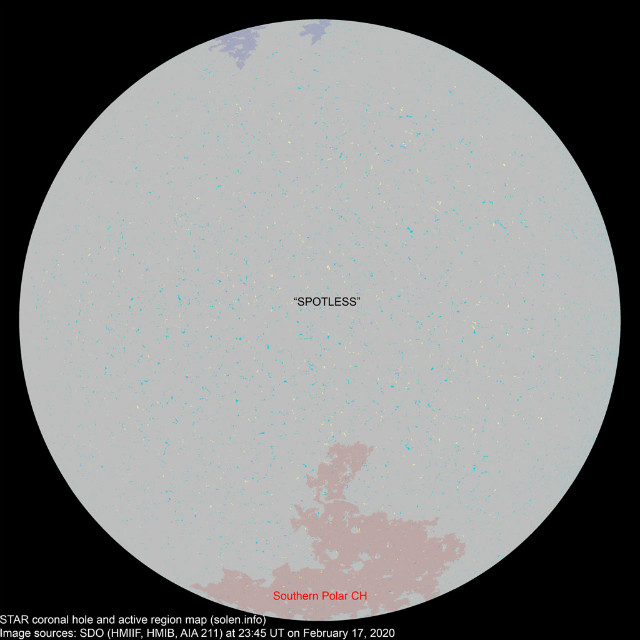 Meanwhile, solar activity was very low and the visible disk remained spotless for the 16th day in a row, making a total of 32 days in 2020 or 65 percent – we are still in a Solar Minimum. No Earth-directed CMEs were observed in available coronagraph imagery.

On February 18, SWPC forecasters said enhanced and disturbed IMF registered over the past 24 hours are indicative of what was believed to be slow CME passage (from the February 14th DSF — disappearing solar filament).

Total IMF strength reached 13 nT. The Bz component was prolonged southward and reached a maximum deviation of -12 nT. The Bz component slowly trended less southward, shifted primarily northward, and became more variable around 19:00 UTC on February 18. Solar wind speed was mainly 350 – 400 km/s until after midnight UTC on February 19, when it increased and eventually reached speeds in excess of 500 km/s. This was possibly due to connection with the south polar, negative polarity CH HSS. The phi angle was predominantly negative.

The solar wind field is expected to remain enhanced and disturbed the remainder of February 19 due to weak connection with the south polar, negative polarity CH HSS. Continuing, but waning CH HSS influences are likely to keep the solar wind state mildly disturbed through February 21.

As a result of weakened Sun's magnetic field, deep-space radiation is easily entering our solar system and affecting Earth; reaching a percentage point of the Space Age maximum. This is a result of a very weak Solar Minimum, which is expected to end sometime this year.

In 2019, the Sun was blank for a total of 281 days or 77%, breaking the Space Age record for most days without sunspots in a year.

"That was during the epic Solar Minimum of 2008-2009, formerly the deepest of the Space Age. Now 2019 has moved into first place," Dr. Tony Phillips of SpaceWeather.com said.

If you are interested to learn more about the effects of increased deep-space radiation, read the article below: