Cosmic radiation is increasing since 2014 when Solar Cycle 24 peaked and the Sun headed toward very deep Solar Minimum we are experiencing right now. SC24 reached its maximum in April 2014 with 23 months smoothed sunspot number of only 81.8 — one of the weakest solar cycles on record.

In 2019, the Sun has been without spots for 270 days or 77%, as of December 16, which is the highest number of spotless days on the Sun since the Space Age began in 1957 with the launch of Sputnik 1 by the Soviet Union. 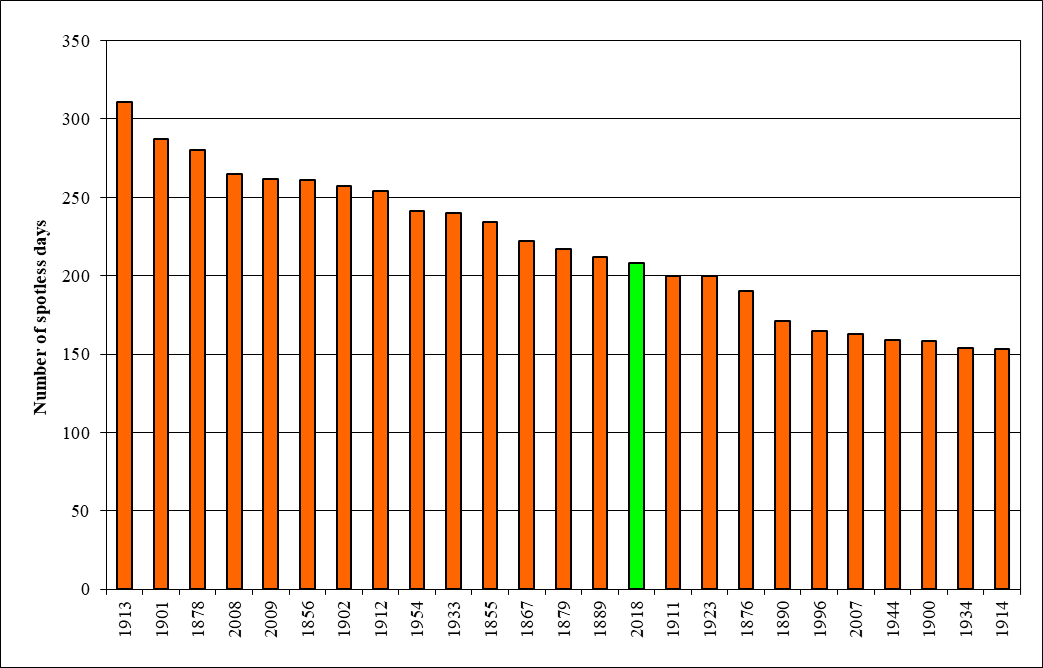 The previous Space Age record for the year with most spotless days was set in 2008 with 168.

"As 2019 comes to a close, neutron monitors at Sodankyla Geophysical Observatory in Oulu, Finland are approaching those same levels. Indeed, a new record could be just weeks or months away," Dr. Tony Phillips of the SpaceWeather.com notes.

"Neutron monitors in Oulu are getting results similar to ours," Phillips said, referring to Earth to Sky Calculus cosmic ray measurements. "Oulu data show that cosmic rays have been increasing for the past 5 years and, moreover, are within percentage points of the Space Age record."

"We use X-ray and gamma-ray detectors sensitive to energies in the range 10 keV to 20 MeV," Phillips said.

"This type of radiation, which you can also find in medical X-ray machines and airport security scanners, has increased more than 20% in the stratosphere." 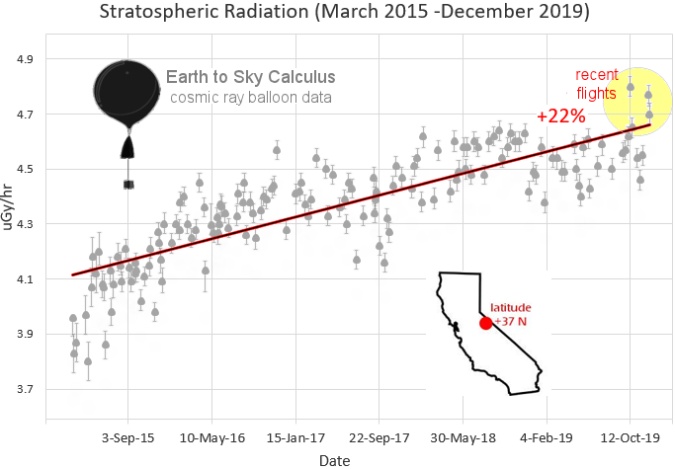 Cosmic radiation affects our planet, all life on or near it and electronics, among other things.

For the start, people in airplanes at 12 km (39 000 feet) can receive 10 times the cosmic ray dose than people on the sea level.

Cosmic rays ionize the nitrogen and oxygen molecules in the atmosphere, which leads to a number of chemical reactions. They are also responsible for the continuous production of a number of unstable isotopes in the Earth's atmosphere, such as carbon-14.

It has been postulated that cosmic radiation may have been responsible for major climatic change and mass-extinction in the past. According to Adrian Mellott and Mikhail Medvedev, 62-million-year cycles in biological marine populations correlate with the motion of the Earth relative to the galactic plane and increases in exposure to cosmic rays. The researchers suggest that this and gamma-ray bombardments deriving from local supernovae could have affected cancer and mutation rates, and might be linked to decisive alterations in the Earth's climate, and to the mass-extinctions of the Ordovician.

Due to its effect on all biological life, cosmic radiation is one of the most important barriers standing in the way of plans for interplanetary travel by crewed spacecraft.

In addition, cosmic rays have sufficient energy to alter the states of circuit components in electronic integrated circuits, causing transient errors to occur (such as corrupt data in memory devices or incorrect performance of CPUs). … 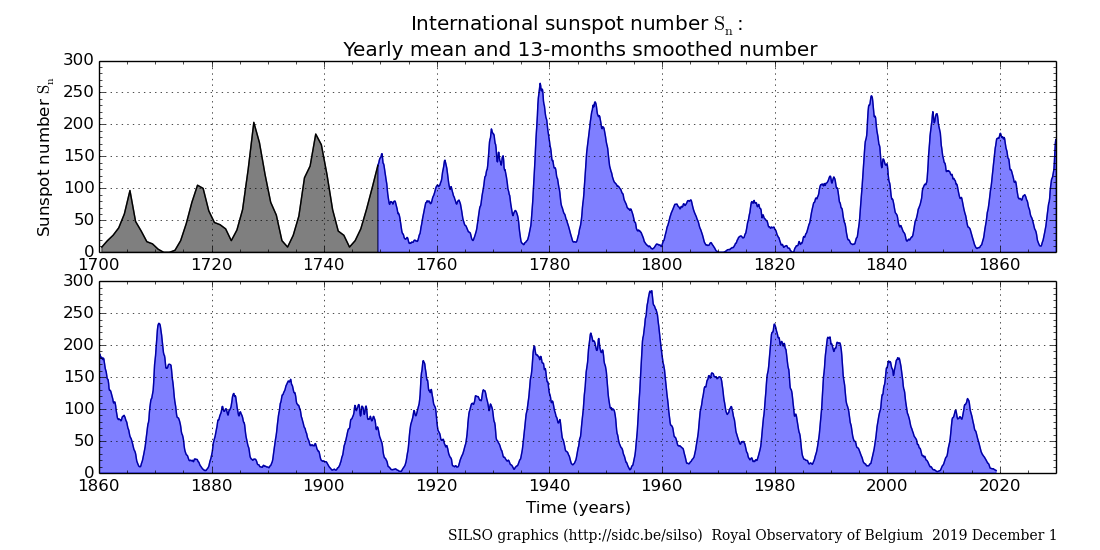 As the current solar cycle ends and the next one begins, cosmic radiation levels around us will stop rising and start falling.