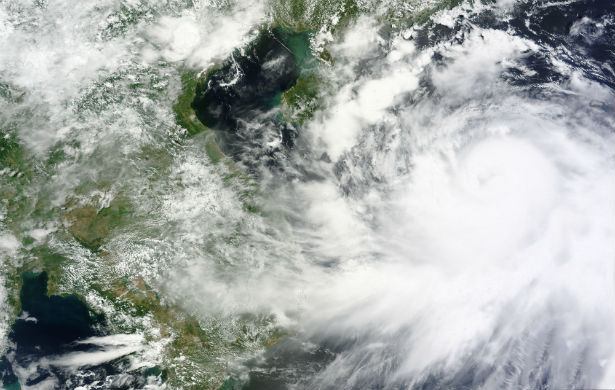 Deadly Typhoon Rammasun (locally known as Glenda) left trail of destruction across the Philippines. According to the National Disaster Risk Reduction and Management Council of the Philippines, 40 people have been killed by the storm while more remain missing or injured. 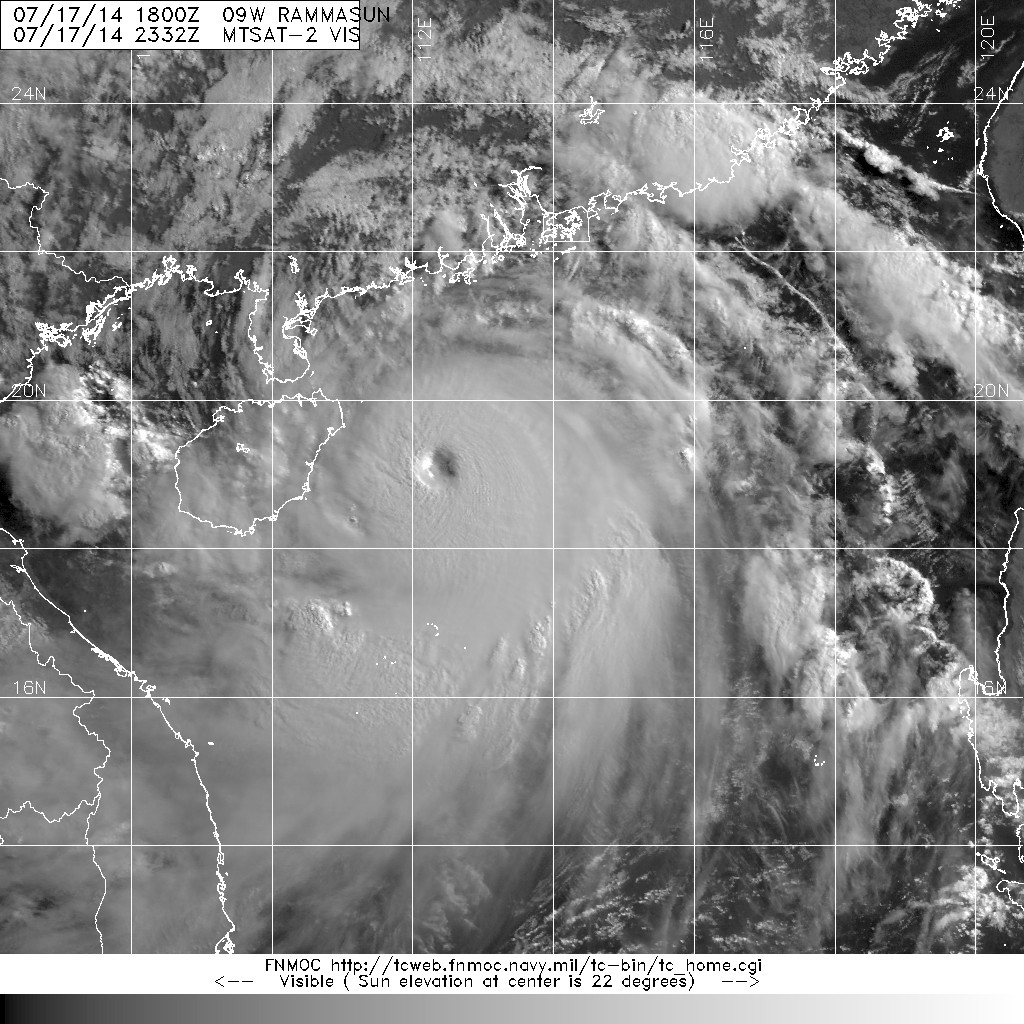 According to latest report by the Joint Typhoon Warning Center (JTWC), the center of Typhoon Rammasun is located approximately 232 nm south of Hong Kong, and is moving northwestward at speed of 24 km/h (15 mph). Maximum sustained winds are 222 km/h (120 mph) with gusts up to 270 km/h (145 mph).  JTWC expects Rammasun to continue to strengthen before reaching land, possibly reaching super typhoon status with winds of above 240 km/h (150 mph) and gusts up to 296 km/h (184 mph) before landfall.

Rammasun is expected to makes landfall along the north coast of the Island near Haikou around 10:00 UTC on July 18, 2014. The China Meteorological Administration has issued a "red warning for typhoon" for the southern provinces of Hainan, Guangdong and Guangxi. Vietnam's National Center for Hydro-Meteorological Forecasting has also issued a typhoon warning for portions of northern Vietnam. 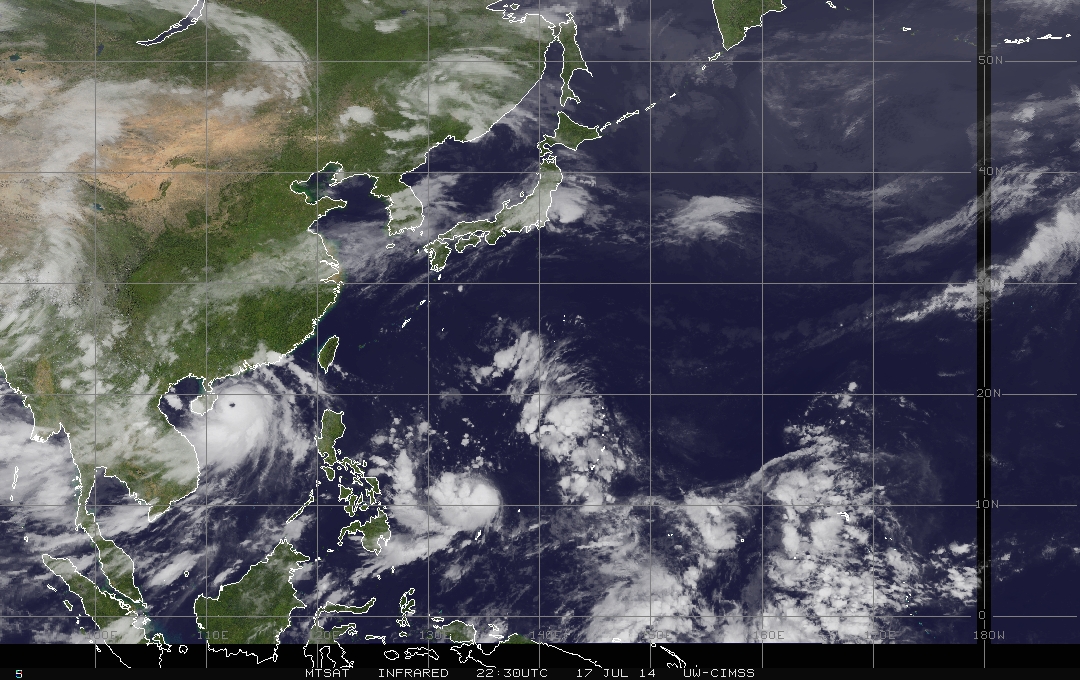 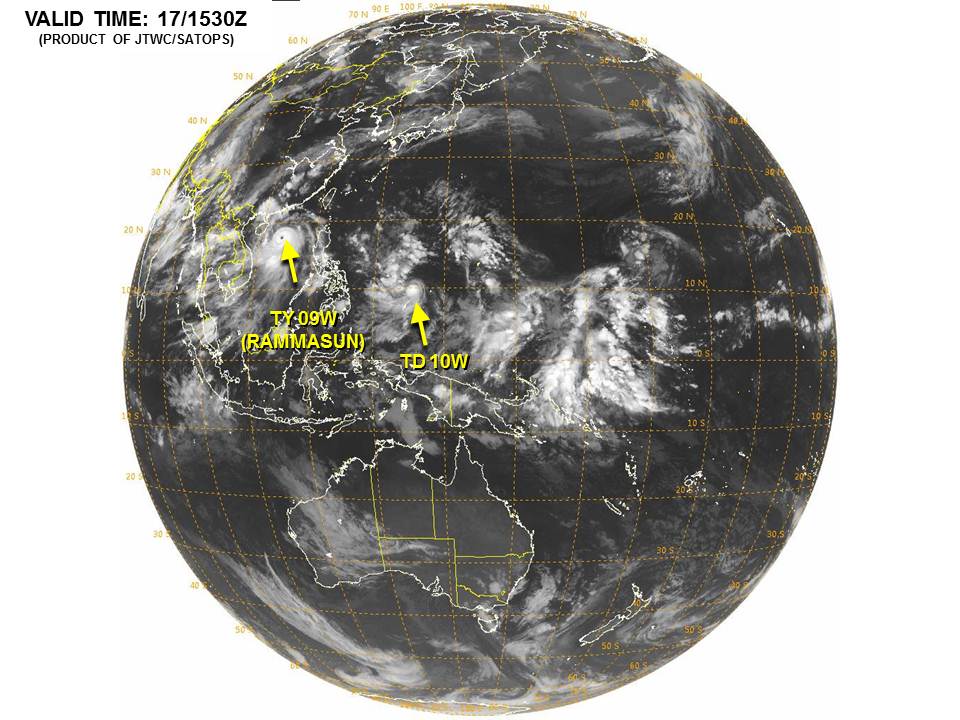