Solar minimum occurred in December 2019, marking the start of a new solar cycle, the Solar Cycle 25 Prediction Panel, an international group of experts co-sponsored by NASA and NOAA, announced on September 15, 2020.

The solar minimum between Solar Cycle 24 and 25 – the period when the Sun is least active – happened in December 2019, when the 13-month smoothed sunspot number fell to 1.8, the group announced today.

"We are now in Solar Cycle 25 with peak sunspot activity expected in 2025."

Solar Cycle 24 was average in length, at 11 years, and had the 4th-smallest intensity since regular record-keeping began with Solar Cycle 1 in 1755.

It was also the weakest cycle in 100 years, scientists said, adding that its progression was unusual.

Solar maximum occurred in April 2014 with sunspots peaking at 114 for the solar cycle, well below average, which is 179.

The Sun’s Northern Hemisphere led the sunspot cycle, peaking over two years ahead of the Southern Hemisphere sunspot peak. This resulted in solar maximum having fewer sunspots than if the two hemispheres were in phase.

During the solar minimum phase of the solar cycle, sunspot and flare activity diminishes, and the Sun's magnetic field weakens, allowing cosmic rays to enter the solar system and shower Earth.

In 2019 and 2020, cosmic radiation reached a percentage point of the Space Age maximum set in 2009/10 near the end of the previous solar minimum, also very deep as this one.

Since the start of 2020, activity on the Sun has steadily increased, indicating we transitioned to Solar Cycle 25.

"How quickly solar activity rises in an indicator of how strong the cycle will be," said Doug Biesecker, Ph.D., panel co-chair and a solar physicist at NOAA’s Space Weather Prediction Center. "Although we’ve seen a steady increase in sunspot activity this year, it is slow."

The Sun's activity is forecast to ramp up toward the next predicted maximum in July 2025, with a peak of 115 sunspots — but the new solar cycle is expected to be below average in strength, much like the one that just ended.

This, however, doesn't mean that there is no risk of powerful solar flares and extreme space weather.

In addition, some scientists say that these weak cycles may be signaling that we are at the beginning of a much bigger cycle — called grand minimum — which can last several decades or even centuries. These cycles are, among other things, marked by increased cosmic radiation, as well as heightened seismic and volcanic activity.

The largest recent grand minimum happened during the period of history we now know as Little Ice Age. Some say it lasted from the 16th to 19th century, while others argue that it started way back in the 13th century when pack ice began advancing southwards.

According to Miller et al., cold summers and ice growth began abruptly between 1275 and 1300, followed by a substantial intensification from 1430 to 1455.

Scientists have shown that the world experienced heightened volcanic activity throughout the Little Ice Age, starting with massive tropical volcanic eruptions in 1257 — whose ash cloud covered the whole earth, blocked some of the incoming solar radiation, and caused cooling.

The 1257 eruptions were followed by three smaller eruptions in 1268, 1275, and 1284 which further blocked some of the incoming solar radiation and prevented the climate to recover.

Another significant cooling period known as Spörer Minimum took place from 1460 to 1550, followed by another in the middle of the Little Ice Age, from 1645 to 1715, known as the Maunder Minimum — when sunspots became exceedingly rare.

Shindell et al. suggest the connection between solar activity and Earth's climate is visible in the modification of the Arctic Oscillation/North Atlantic Oscillation caused by decreased solar irradiance. 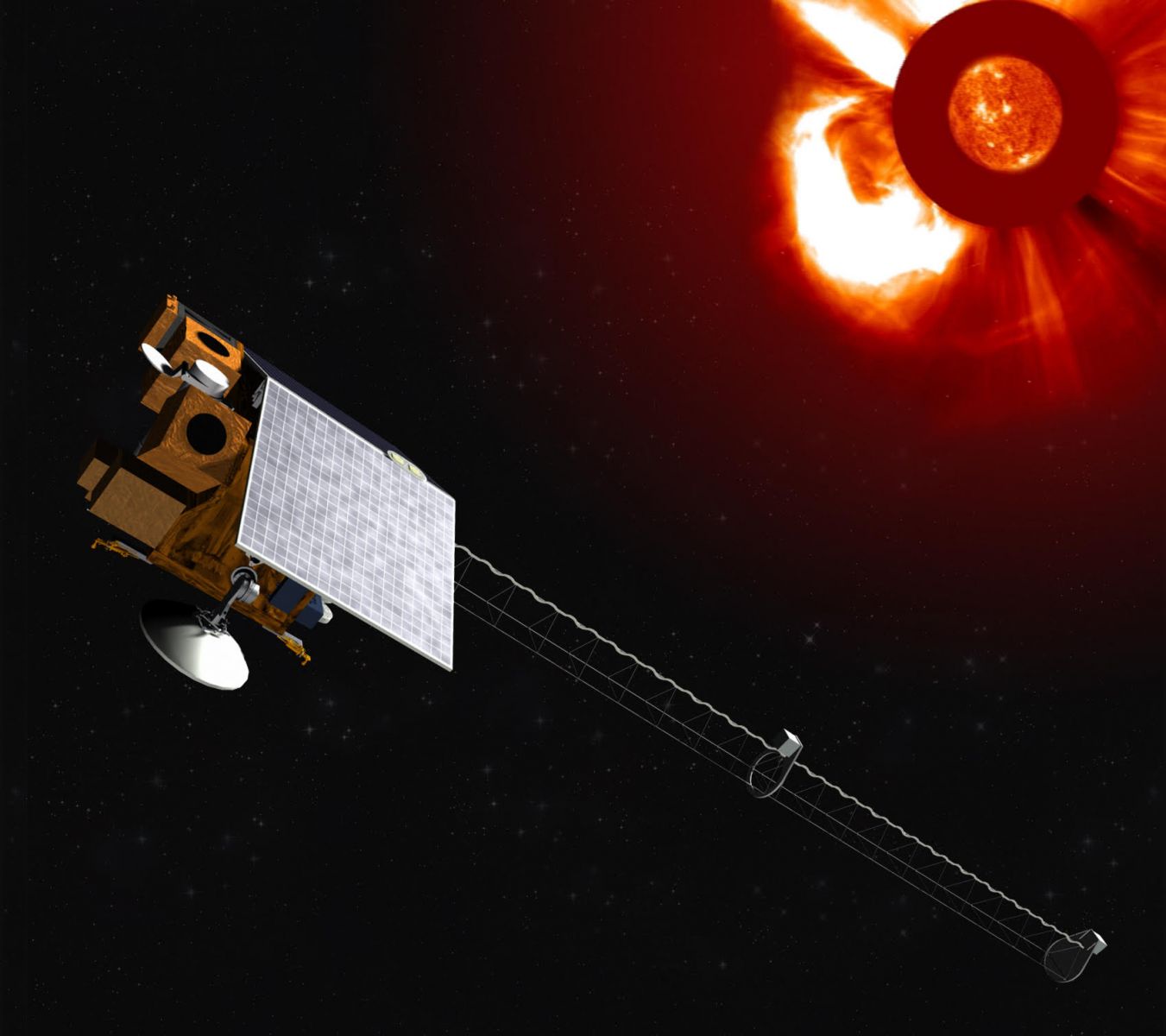 An artist's rendering of the SWFO satellite

If everything goes as planned, we'll have a new, advanced solar observatory at the L1 point before the next solar maximum in 2025 — NOAA's Space Weather Follow-On (SWFO).

It will make direct, in-situ, measurements of the solar wind thermal plasma and magnetic field 'up-stream' of the Earth, observe the Sun’s corona to detect Coronal Mass Ejections (CMEs), and monitor other extreme activity from the Sun in finer detail than before.