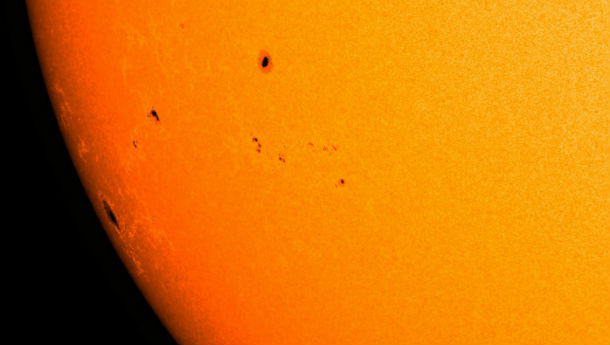 Solar activity is currently at very low levels. However, a group of new sunspots are emerging over the southeastern limb and the chance of flares is increasing with it. This new group is increasing the solar EUV flux absorbed in the Earth’s ionosphere. 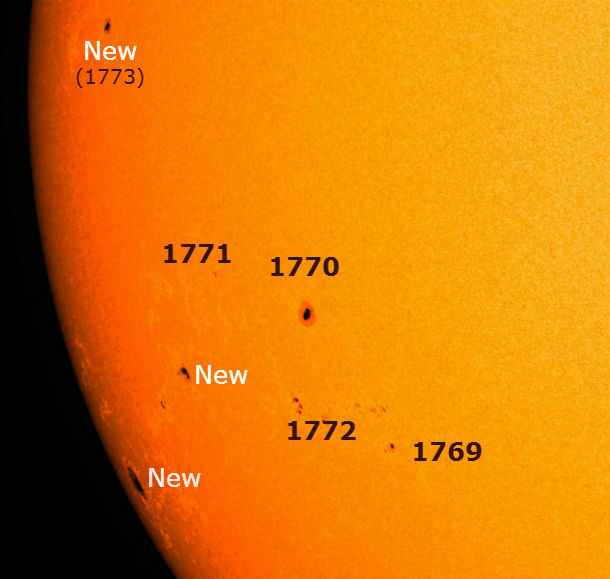 There are currently 6 active sunspots on the visible solar disk. All sunspots are stable. New Sunspot 1773 was numbered on June 15, 2013 and two more new regions are about to be numbered. A large Active Region 1768 is located in a fairly geo-effective position on the south west quadrant of the Sun. Active Region 1772 has some bright H-alpha. There are no large coronal holes on the Earthside of the sun. 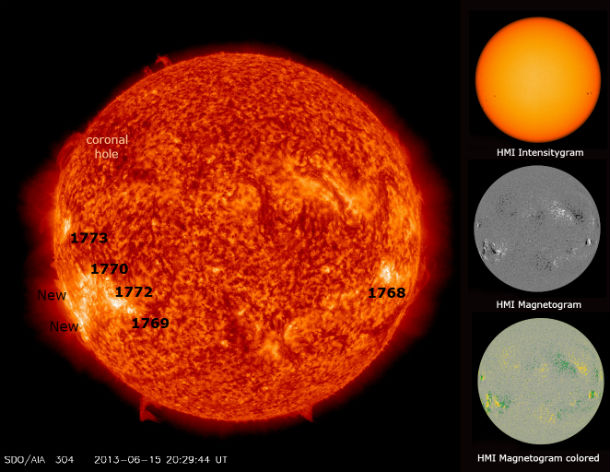 Active regions and coronal hole on SDO's AIA 304 plus HMI imagery (Courtesy of NASA/SDO and the AIA, EVE, and HMI science teams/Captions: TheWatchers)

Flaring activity is expected to remain low to very low during the next 24 hours, however, there will remain a slight chance for an isolated M-Class event, probably from Sunspots 1768 or 1772. NOAA/SWPC forecasters estimate 10% chance of M-class solar flares.

Geomagnetic conditions are expected to become unsettled due to an arrival of a faster solar wind stream during the next 2 to 3 days.