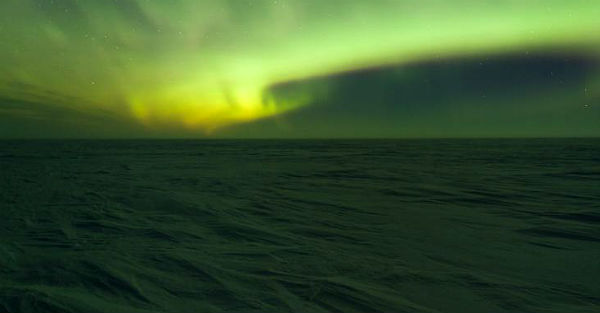 The geomagnetic storming started on July 14th through 16th and it is subsiding right now. Geomagnetic storm was triggered by a CME impact on July 14th around 18:00 UTC when strong X1.4 solar flare exploded from Sunspot AR 1520. Conditions at the peak showed Moderate G2 geomagnetic storm levels with Planetary K Index reaching level 6. Now, Earth’s magnetic field is settling down to normal level as solar wind speed is slowing down. 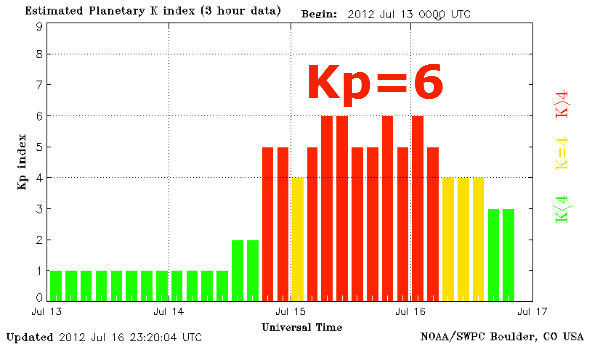 Activity gradually subsided with mostly active conditions (estimated Kp of 4). There were some lingering major storm intervals at high latitudes in the 06:00-18:00UTC  timeframe on July 16. Solar wind observations from
ACE showed a continuation of the CME passage. Initial values of the Z-component of the interplanetary magnetic field were around -15 nT and slowly weakened through the day, finally turning northwards at 14:24 UTC. A second, much weaker phase of southward Bz began at 17:55 with maximum value around -4.5 nT. Solar wind velocity declined also, with initial values around 510 km/s and values around 440 km/s now. All levels are back to normal. There is a chance for isolated minor to major storm periods at high latitudes during the earlier part of 17 July. 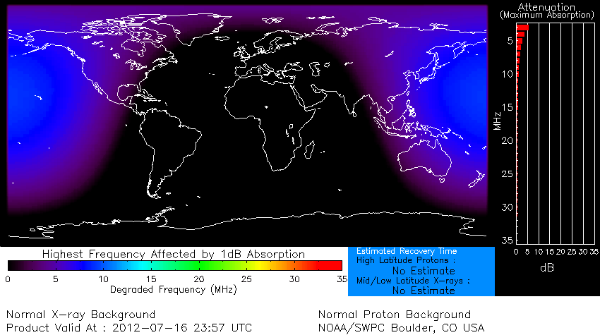 SpaceWeather.com brings great images of auroral displays around globe so check it up!

Sunspot 1520 poses a continued threat for X-class solar flares. As the sunspot turns away from Earth, however, the chances of a geoeffective eruption are decreasing. NOAA/SWPC forecasters estimate 40% chances of M-class and 15% chances of X-class events in the next 24 hours. 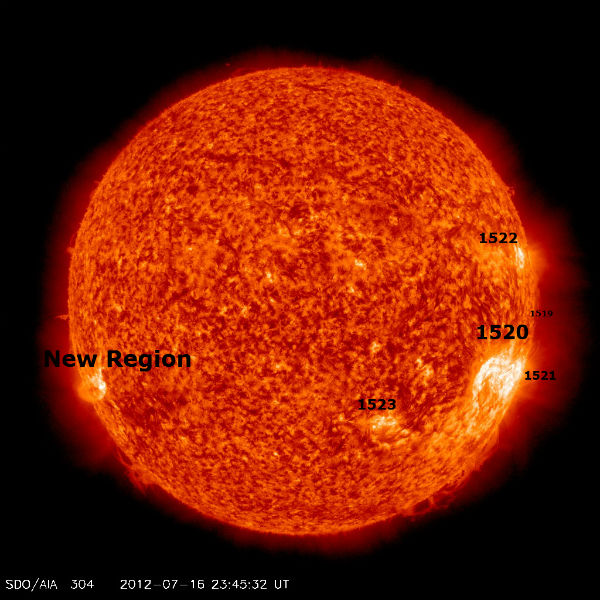 Solar activity was low today. No Earth-directed CMEs were observed during the past 24 hours. There are no large coronal holes on the Earthside of the sun.