A very strong earthquake with preliminary magnitude of M 6.5 (EMSC/USGS) struck near the coast of Nicaragua on June 15, 2013 at 17:34 UTC. USGS measured depth at 32 km, EMSC reports depth of 60 km (preliminary data).

GDACS reported that this earthquake can have a medium humanitarian impact based on the Magnitude and the affected population and their vulnerability.

No destructive widespread tsunami threat exists based on historical earthquake and tsunami data. 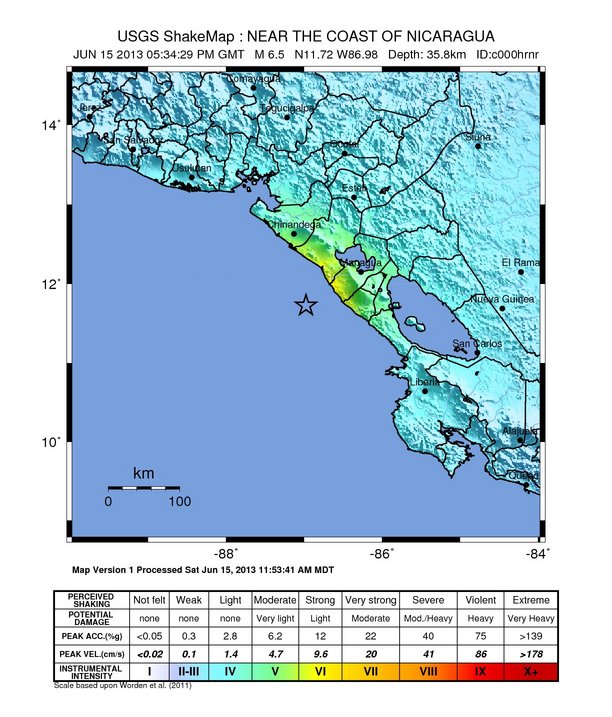