The first one, measuring M6.1, struck at 23:27 UTC yesterday leaving 19 homes destroyed and 300 damaged. 3 186 people were affected. 266 people were injured as stated by SINAPRED, the disaster management agency of the Nicaraguan government. A red alert has been called.

Recent earthquakes in this area have caused secondary hazards such as landslides and liquefaction. 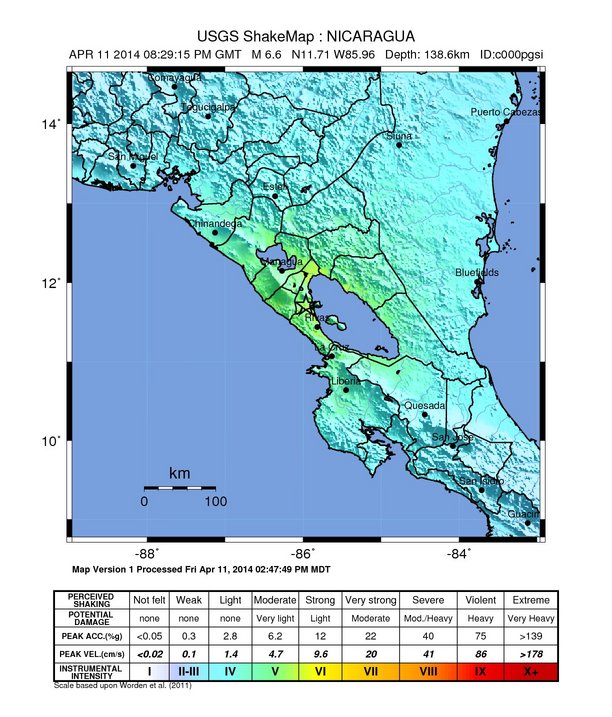 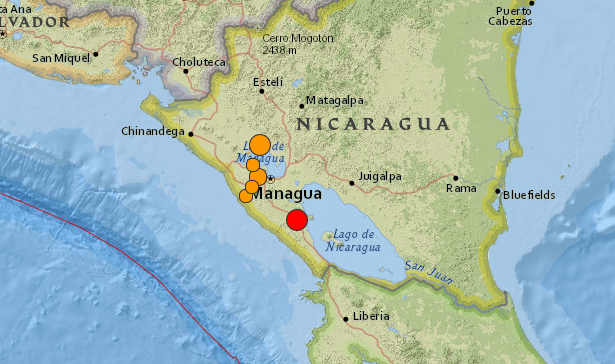