USGS issued yellow alert for shaking-related fatalities and economic losses. Some casualties and damage are possible and the impact should be relatively localized. Past yellow alerts have required a local or regional level response.

Overall, the population in this region resides in structures that are vulnerable to earthquake shaking, though some resistant structures exist. The predominant vulnerable building types are adobe block and mud wall construction.

Several strong aftershocks were reported in the same area.

ER reported there were more than 100 houses damaged, some of them collapsed. The most affected ares is the town Naragore (Leon Region) and surrounding villages. Damage (mainly minor) was also caused in Managua, where a landslide buried two roads.

3 people were injured by falling debris there, at least 24 people altogether in Nicaragua, many more had to be evacuated, fearing additional earthquakes. Affected by evacuations is a hospital in Leon town, where the quake caused wall cracks.

Power and water supply is interrupted in some areas.

800 houses are uninhabitable according to latest reports meaning around 3500 people are likely homeless. 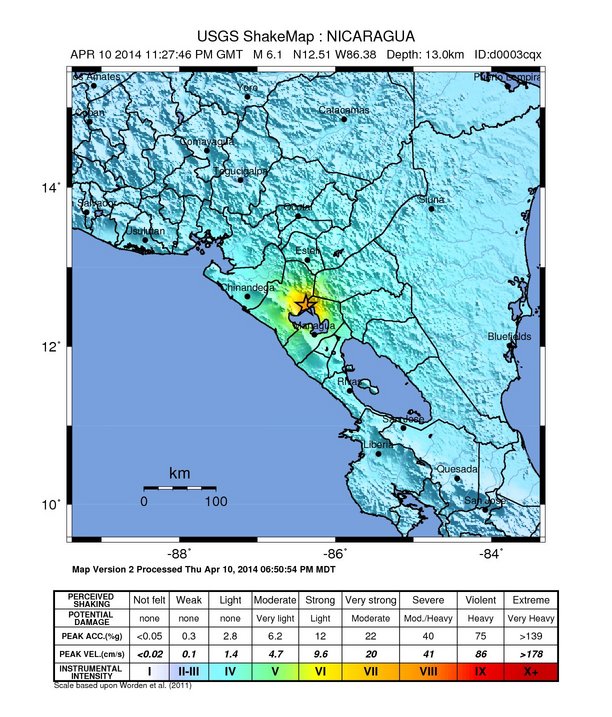