Severe Tropical Cyclone "Ita", on approach to north-eastern Australia, has been strengthening over the last two days and by April 10, it had become a major cyclone. It is expected to make landfall late afternoon or evening (local time on April 11, UTC +10) between Cape Melville and Cooktown.

"Ita" is now Category 5 tropical cyclone on Australian scale and at 20:00 UTC today it was estimated to be 235 kilometers north northeast of Cooktown and 380 kilometers north of Cairns, moving southwest at 11 kilometers per hour.

According to Australian Government Bureau of Meteorology warning issued at 20:06 UTC on April 10 (06:03 local time on April 11): Severe Tropical Cyclone "Ita" poses a serious threat to communities along the far north Queensland coast.

It is expected to move southwest and make landfall between Cape Melville and Cooktown late afternoon or evening as a CATEGORY 5 Tropical Cyclone with VERY DESTRUCTIVE WINDS to 300 kilometers per hour near the core and GALES extending out to 200 kilometers from the Centre. 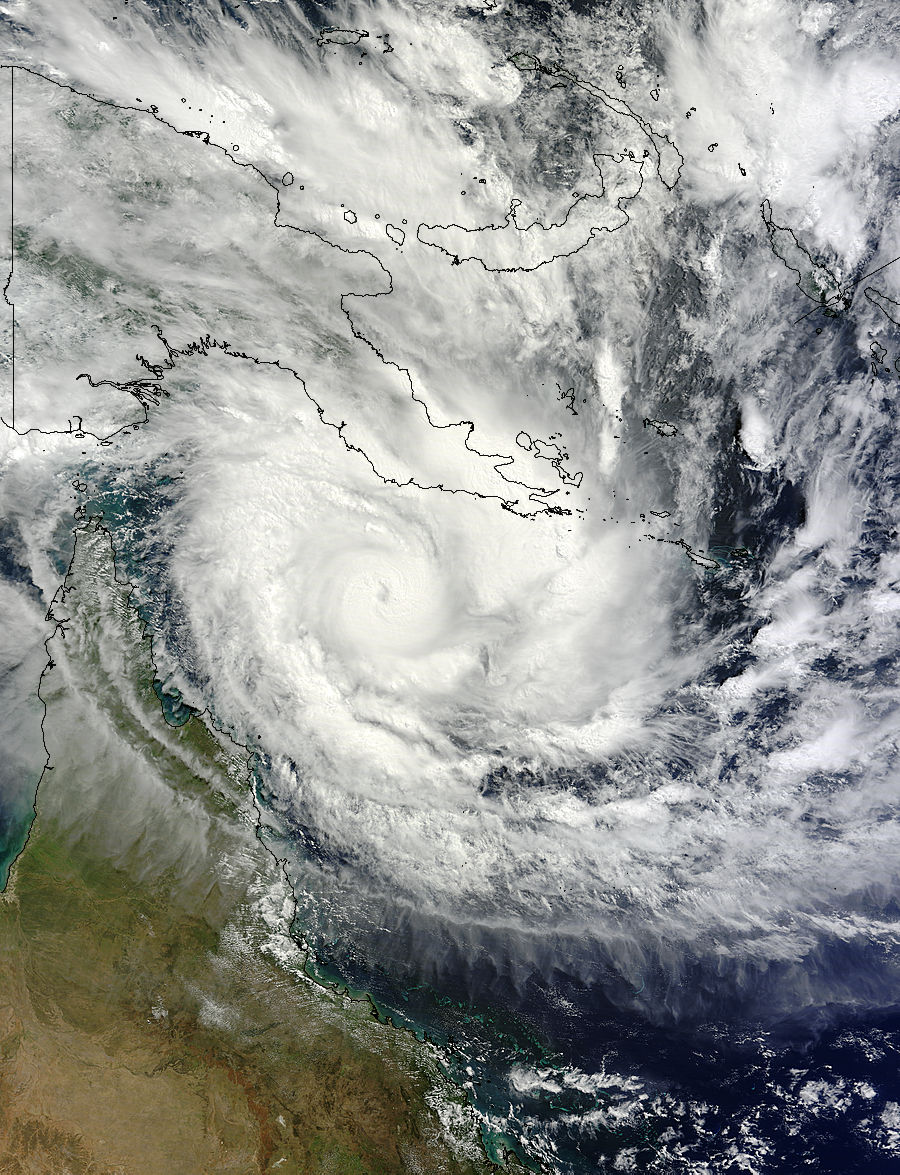 "DESTRUCTIVE WINDS with wind gusts in excess of 125 kilometres per hour may develop between Cape Melville and Cooktown from late morning extending south to Cape Tribulation and possibly Port Douglas later in the day. GALES may develop between Lockhart River and Cape Tribulation later this morning before extending further south to Cairns and inland to Kalinga, Palmerville, and Laura, and Chillagoe tonight, and then south to Innisfail and possibly Cardwell during Saturday. By this time the cyclone is expected to be weakening over land.

Coastal residents between Cape Melville and Cape Tribulation including Cooktown are specifically warned of the dangerous storm tide as the cyclone crosses the coast later today. The sea is likely to rise steadily up to a level which will be significantly above the normal tide, with damaging waves, strong currents and flooding of low-lying areas extending some way inland. People living in areas likely to be affected by this flooding should take measures to protect their property as much as possible and be prepared to follow instructions regarding evacuation of the area if advised to do so by the authorities. Coastal residents between Cape Tribulation and Innisfail including Cairns should monitor the situation in case the cyclone takes a more southerly track than expected.

Very heavy rain, which may lead to flash flooding, is expected to develop about parts of the Peninsula and North Tropical Coast and Tablelands districts today and persist into the weekend.

People between Innisfail and Cardwell and adjacent inland areas should consider what action they will need to take if the cyclone threat increases and listen to the next advice at 7am EST." (BOM – National Warnings) 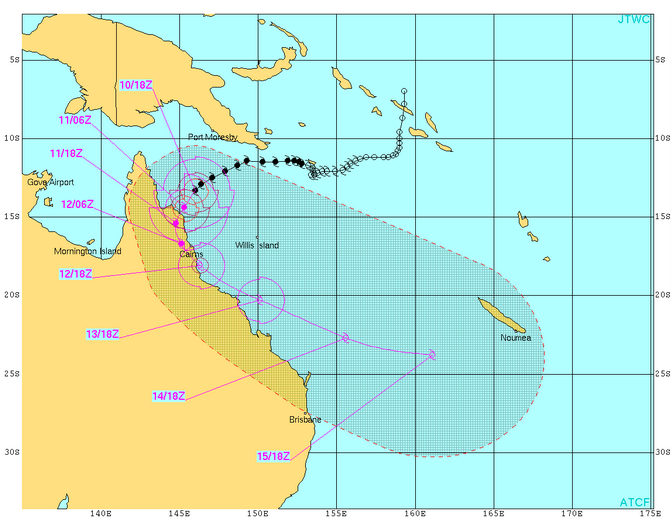