A coronal hole high-speed stream (CH HSS) from a pair of coronal holes straddling the Sun's equator is predicted to become geoeffective beginning around midday on April 12 with an increase in solar wind speed expected along with enhancements in the Interplanetary Magnetic Field.

Solar activity was low in last 24 hours. Several low-level C-class flares occurred, the largest of which was a C4 at 01:52 UTC from a region beyond the southeast limb.

A preliminary CME analysis indicated a speed of around 330 km/s. Further analysis is required to determine if there was a significant Earth-directed component to this CME. 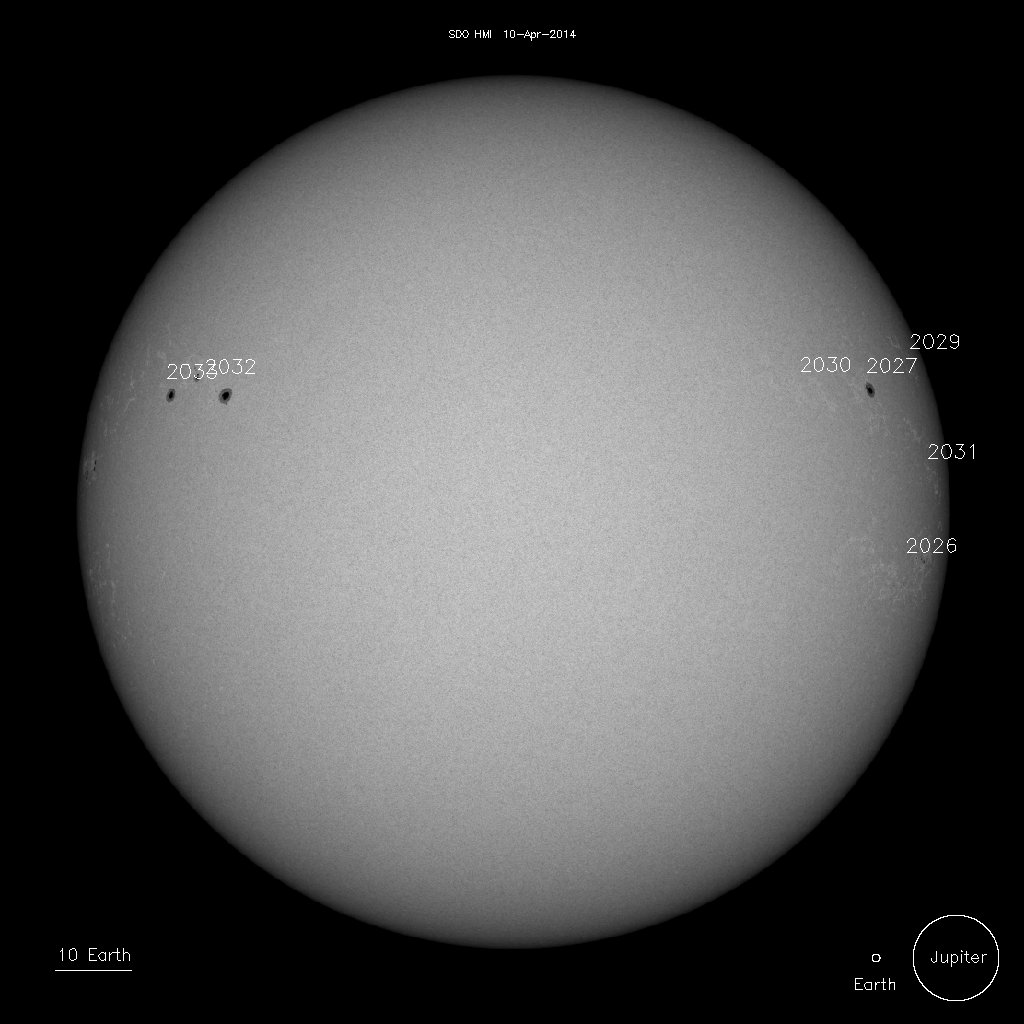 Several active regions are about to rotate on the Earth side of the Sun. It is possible that the old region 2010 is coming back which will probably bring the solar activity back to active levels.

Solar wind conditions are expected to be nominal through about midday on April 12. A coronal hole high-speed stream is predicted to become geoeffective beginning around midday on April 12 with an increase in solar wind speed expected along with enhancements in the IMF. The latest WSA/Enlil ambient model run indicates peak wind speed in the 500 km/s to 550 km/s range with this CH HSS.