A very strong earthquake measuring M 6.2 struck south of Crete, Greece on June 15, 2013 at 16:11 UTC. Preliminary reports by EMSC state M 6.0 at depth of 10 km, USGS reports same depth. GFZ reports M 6.0 and depth of 23 km. The Greek Institute of Geodynamics reports a magnitude of Ml 5.9 at a depth of 15 km. All data is still preliminary.

Earthquakes are occurring often in this area where 1 plate subducts the other. The accumulated stress that gets too big triggers the earthquake. The first few minutes after the earthquake there were glitches in electronic devices and the Internet. (ER)

Damage and tsunami are not expected. There are about 77 000 people living within 100 km. 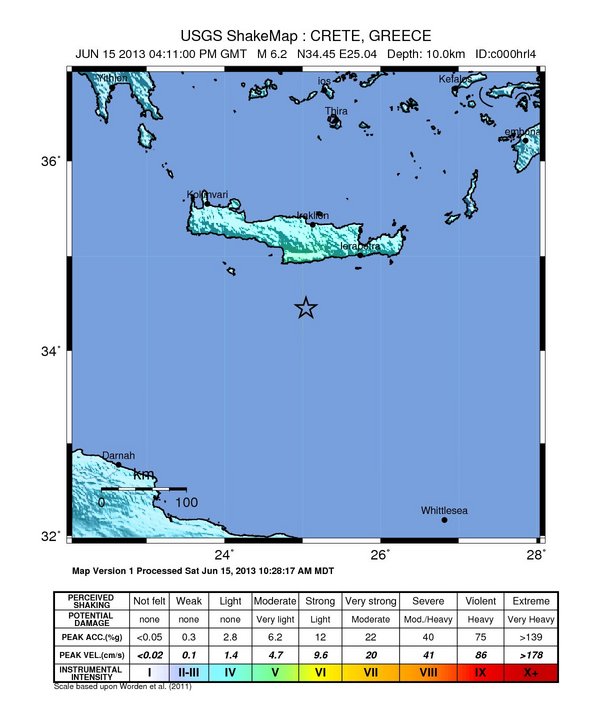